The English-language books that won the 2020 Governor General’s Literary Awards all feature characters or stories who find themselves having to move forward.

CBC Books asked the winners to reflect further on the theme of moving forward in original works. Michelle Good, Madhur Anand, Eric Walters, Lazer Lederhendler, Kim Senklip Harvey and Devin Fan from The Fan Brothers have all delivered an original work — from poetry to nonfiction to a short story — inspired by this theme.

This is Moving Forward, a special series presented in partnership with the Canada Council for the Arts. Read on for links to these pieces.

In her poem, Normal Forms on Hope Bay, Madhur Anand reflects on science, art and emerging from the third-wave of the COVID-19 pandemic.

“Integrating many ways of knowing, those of both science and of art, help me in linking personhood and ecology in the face of global and personal loss. As an ecologist, I have spent decades trying to predict the future, to avoid catastrophes. I create ecological models that introduce all kinds of disturbances and perturbations into ‘normal’ ecosystems, healthy ecosystems, to find out where the fragility, the vulnerability, lies, in order to try to better sustain these systems. I have learned that small changes can have big impacts, that warning signs are not always obvious, and that there are plenty of unintended consequences,” said Anand.

Anand won the 2020 Governor General’s Literary Award for nonfiction for This Red Line Goes Straight to Your Heart. She is a poet and professor of ecology at the University of Guelph.

In this imagist poem, Wind and Flowers, Devin Fan explores love, nature and not looking back.

“My life as a poet has been the struggle to capture things just out of reach — to put into clumsy words things revealed to me too awesome to describe but too revelatory to keep a secret,” said Fan.

The Fan Brothers, made up of Devin Fan and his brothers Eric Fan and Terry Fan, won the 2020 Governor General’s Literary Prize for young people’s literature — illustrated books for The Barnabus Project.

Devin Fan is an artist, poet and youth worker who has a passion for nature, adventures and kung fu.

In her personal essay, On Moving Forward, Michelle Good reveals what moving forward meant to her after the sudden death of her son.

“When I was given the topic for this short piece, I immediately was taken back to the terrible shock of losing my Son, dealing with the fact of being so completely alone in finding a way to navigate complex grief and how in the early hours of that awful day, the ancestors gave me insight that this was about his journey, not mine and that I must keep moving forward. It saved me,” said Good.

Good won the 2020 Governor General’s Literary Award for fiction for Five Little Indians. She is a Cree writer and lawyer, as well as a member of Red Pheasant Cree Nation in Saskatchewan.

In Kim Senklip Harvey‘s essay, G’waan, she reflects on childhood adventures with her uncle, her Tsilhqot’in land work of cultural evolution and frozen drinks.

“This prose is in what I call my NDN dirtbag genre. As an urban Interior Salish Plateau storyteller who spent almost all my summers on my Tsilhqot’in rez, my teachings collide with the super tradish and honour the cultural evolutions of where we are in this impermanent moment. When I think about moving forward I begin to humbly think about from where? Who gets to choose the place to measure the movement from?” said Harvey.

Kim Senklip Harvey won the 2020 Governor General’s Literary Award for drama for Kamloopa: An Indigenous Matriarch Story. She is a Syilx, Tsilhqot’in, Ktunaxa and Dakelh Nations playwright and actor.

Lazer Lederhendler takes us into the future to the year WY23 (Winterless Year 23) in his short story, Something is Missing.

“Lissisky, the protagonist of Something is Missing wandered into my imagination a long time ago and appears here late in life in the 23rd Winterless Year, an indeterminate point in the future. We find Lissisky wondering how the final act of their multifarious life will play out and what is in store for those left behind,” said Lederhendler.

Lazer Lederhendler won the 2020 Governor General’s Literary Award for translation for If You Hear Me by Pasquale Quiviger. Lederhendler is a translator and academic from Montreal.

Eric Walters reflects on his inch by inch trek up Mount Kilimanjaro in the middle of the night in his personal essay, Between Heaven and Earth.

“It’s freezing cold, the middle of the night and I’m on the final section to the summit of Mount Kilimanjaro. The only light is from the stars above and a flashlight strapped to my forehead. I strain to get air in my lungs and am so exhausted I just want to go to sleep. I measure my stride in inches and have to stop every few minutes. After each rest I wonder if I can go on. At these moments, I think, wouldn’t it have been better to just imagine it instead of doing it?” said Walters.

Eric Walters won the 2020 Governor General’s Literary Prize for young people’s literature — text for The King of Jam Sandwiches. Walters has penned over 100 books and is one of Canada’s most prolific writers for young people.

Wed Aug 25 , 2021
The naked little one photographed on Nirvana’s breakthrough album “Nevermind” is now accusing the band of staying boy or girl pornographers, declaring they explained to him to “Come As You Are” without the need of consent. Spencer Eldon, now 30, submitted a lawsuit from Kurt Cobain’s estate and the band’s […] 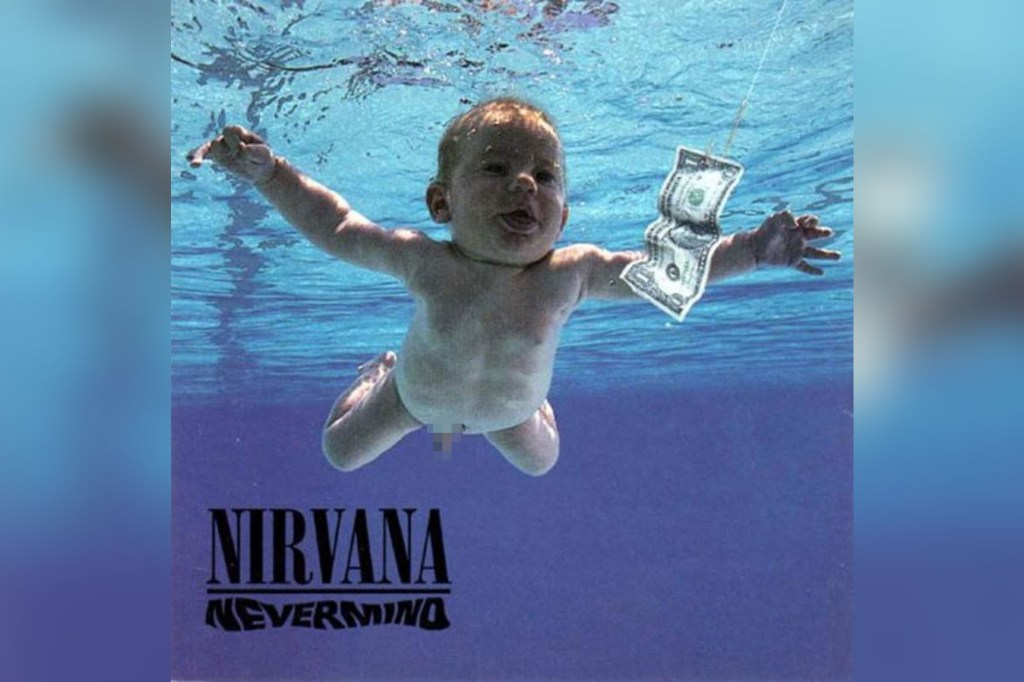