FRIDAY: Chicago’s the Lovettes celebrate the girl groups from the golden era of pop in their show Leaders Of The Pack at the Kay Meek Arts Centre.

FRIDAY AND SATURDAY: the Vancouver Symphony celebrates the end of its winter/spring 2022 season with Mahler’s Symphony No. 5 at the Orpheum Theatre.

FRIDAY AND SATURDAY: performances at the The Shop Theatre of The Tyler Sisters, a new play by British playwright Alexandra Wood that follows three sisters over 40 years.

FRIDAY TO SUNDAY: Canoe Cultures :: Ho’-ku-melh at the Vancouver Maritime Museum features the work of 20 Indigenous artists and carvers alongside historical images and information that tells the story of the resilience and strength of Indigenous peoples through the war canoe and all it represents. Curated by Indigenous artist and cultural historian Roxanne Charles, the exhibition runs until July 3.

FRIDAY TO SUNDAY: new exhibition T. rex: the Ultimate Predator reveals the story of the most iconic dinosaur in the world through life-sized models, fossil casts, and engaging interactives. The exhibition runs until January 22, 2023 at Science World.

FRIDAY TO SUNDAY: The Imitation Game: Visual Culture in the Age of Artificial Intelligence, a new exhibition running at the Vancouver Art Gallery until October 23, surveys the extraordinary uses (and abuses) of AI in the production of modern and contemporary visual culture around the world.

FRIDAY TO SUNDAY: performances at the Metro Theatre of Stag and Doe, a comedy that shines a light on the nature of love, marriage, and weddings, until May 29.

FRIDAY TO SUNDAY: showing at the Museum of Anthropology of UBC until January 1 is Xicanx: Dreamers + Changemakers / Soñadores + creadores del cambio, which showcases the rich traditions of 33 Xicanx artists.

FRIDAY TO SUNDAY: Rennie Museum presents Spring 2022: Collected Works, a group exhibition on the potency of photography featuring the work of Larry Clark, Katy Grannan and Andres Serrano, running until May 28. Warning: this exhibition includes images and content that some may find offensive.

FRIDAY TO SUNDAY: Everything Under the Sun: In Memory of Andrew Gruft, one of the Capture Photography Festival’s featured exhibitions, runs until September 11 at the Vancouver Art Gallery.

FRIDAY TO SUNDAY: Sho Sho Esquiro: Doctrine of Discovery is a solo exhibition by designer, artist, and activist Sho Sho Esquiro that showcases meticulously crafted couture gowns, textiles, paintings, and photographs to celebrate the beauty and resilience of First Nations communities. The exhibition runs at the Bill Reid Gallery of Northwest Coast Art until June 5.

FRIDAY TO SUNDAY: Broadway Across Canada presents performances at the Queen Elizabeth Theatre of Hamilton, the Tony-winning musical with book, music, and lyrics by Lin-Manuel Miranda.

FRIDAY TO SUNDAY: Alegria, a  Cirque du Soleil classic reimagined for a new generation, runs until June 5 under the Big Top at Concord Pacific Place.

FRIDAY TO SUNDAY: showing at the Polygon Gallery until July 3 is Gathering Darkness, an exhibition of photographs of Russia’s war on Ukraine by Alexander Glyadvelov.

FRIDAY TO SUNDAY: the 12-day rEvolver Festival features new works by emerging to early mid-career artists at the Cultch.

SATURDAY: screening at the Rio Theatre of director Ti West’s horror flick X, about a group of young filmmakers who set out to make an adult film in rural Texas but find themselves fighting for their lives.

SATURDAY AND SUNDAY: Arts in the Garden is a self-guided tour of 12 North Shore garden spaces, with live music and visual artists leading engaging activities.

SUNDAY: soul vocalist Krystle Dos Santos and her four-piece band take young audiences back in time to the peak of Motown Music at a free Artstarts event at New Westminster’s River Market. 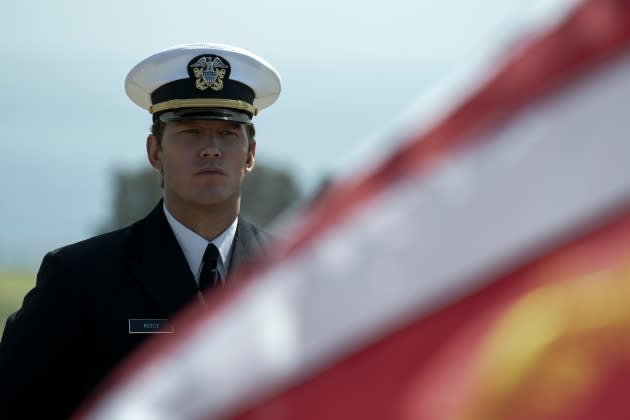