Author and screenwriter Catherine Hernandez is excited to introduce audiences at the Toronto International Film Festival to a different side of the city.

Many festivalgoers will be most familiar with the grand theatres, high-end hotels and swanky restaurants that saturate Toronto’s Entertainment District.

But southeast of the sanitized streetscapes of the city’s downtown core, the diverse suburb of Scarborough is emerging as a “hotbed for culture,” says Hernandez, one of several authors to win acclaim for literary portrayals of the community.

Now, Hernandez says the region is getting ready for its moment in the TIFF spotlight with the Friday premiere of “Scarborough,” adapted from her 2017 debut novel.

“I don’t think that Scarborough has had much presence at TIFF before, and I hope it won’t be the last,” says Hernandez, who wrote the screenplay for the film.

“This monotonous look of the suburbs, our stories shine over and above that. Because that’s what’s holding us together, are the stories that we tell to each other.”

“Scarborough” follows a trio of children and their caregivers who find connection in their collective struggle against the forces of poverty, prejudice, abuse and addiction.

At the centre of this interwoven narrative are three young protagonists portrayed by first-time actors.

There’s Bing, played by Liam Diaz, a Filipino boy grappling with trauma as his single mother works to make ends meet; Sylvie, played by Essence Fox, a plucky Indigenous girl whose family is contending with housing insecurity and illness; and Laura, played Anna Claire Beitel, who is neglected by her parents.

Hernandez, a queer woman of Filipino, Spanish, Chinese and Indian heritage, says the film provides an alternate view of Scarborough to the crime reports that dominate local news, focusing instead on how systemic marginalization drives people to desperate means.

“What I love about my community is that we’ve survived in various different ways,” she says. “Some of it is deemed as criminal, but to me, I commend everybody for doing the best that they can with what they have.”

WATCH: Catherine Hernandez talks to CBC Toronto about the film:

‘Scarborough’ film to debut at the Toronto International Film Festival

‘Scarborough’ is based on a book by Catherine Hernandez. It’s an unvarnished look into the lives of three children growing up around poverty, abuse and homelessness. Our Toronto’s host Marivel Taruc spoke with the writer, director, and the three young actors. 9:00

Hernandez says when she was first approach about turning “Scarborough” into a film, she worried a full-scale production would be “invasive” to the community.

That’s why she chose to work with co-directors Shasha Nakhai and Rich Williamson, who have a background in documentaries, to bring a verite style to the shoot in the Kingston-Galloway neighbourhood.

“With fiction filmmakers, there might be a way in which they want to capture … the community that to me might seem a bit false and a bit like appropriation,” she says.

“I really wanted something where people from Scarborough would watch it and go, ‘That’s my hometown.”‘

This nimble approach to production proved to be prescient when shooting was disrupted by the COVID-19 pandemic in March 2020.

When public health measures allowed cameras to roll again that summer, Hernandez says community members showed up to support the “microbudget” project, with some serving as extras. The production team plans to thank the community with a special screening at Scarborough Arts, she says.

It’s just one example of the “sincerity of community connection” that makes Scarborough so special, says Hernandez.

And when international cinephiles see “Scarborough” on Friday, Hernandez hopes they’ll recognize that communal strength of character in the “forgotten” corners of their own cities.

“I hope that they learn that it might not be pretty, but it’s the people that make this part of the city magical,” she says. “There are Scarboroughs all over the world.”

“Scarborough” screens in person at TIFF on Friday and Sept. 18, and digitally for online viewers across the country on Friday and Tuesday.

The festival runs through Sept. 18.

Mon Sep 13 , 2021
Digital Art Photography menggunakan Fb. Our Privacy Center explains how we deal with your private data. By utilizing the Providers, you conform to our privateness insurance policies and that we can use your info in accordance with our privateness policies. By using and benefitting from Verizon Media’s Services you recognize that personalization […] 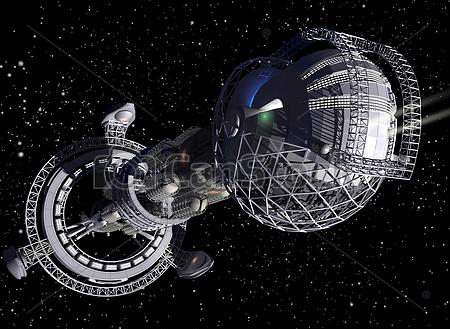