An internal audit of B.C. public broadcaster the Knowledge Network has found a “clear disparity” when it comes to production funding for TV and film producers of colour compared to white producers.

The audit found that over the past seven years, a whopping 98.3 per cent of the broadcaster’s $2.054 million pre-licence funding — money paid by the network to kickstart original programming in exchange for first broadcasting rights — went to production companies with what it termed “non-diverse” owners.

“There is a clear disparity in funding when comparing investment in other production firms to those allocated to Indigenous and racialized majority owned firms,” a statement from the broadcaster accompanying the report’s release read.

The commercial-free channel, which was launched in 1981 and is available free via cable and streaming, is funded by an annual operating grant from the B.C. government along with more than 40,000 individual donors. Its programming ranges from documentaries and dramas to children’s shows.

A joint statement from the Vancouver Asian Film Festival, the Racial Equity Screen Office and the Documentary Organization of Canada welcomed the network’s probe, but emphasized the “gross racial inequity in funding” has harmed the careers of many filmmakers.

“We are heartbroken for all those filmmakers from the BIPOC community … who were made to feel their voices and stories were not valued or compelling enough by their own broadcaster,” said Barbara Lee, founder of the Vancouver Asian Film Festival and Racial Equity Screen Office, in the statement.

When the network funds a film, that can help it qualify for larger public grants, which help bring films to their final cut.

He said for B.C. filmmakers, there are few other avenues like Knowledge Network to access pre-licence funding. If other funders find out Knowledge Network has passed on a project, they are less likely to give it the time of day.

“The disparity of funding really speaks to a culture of exclusion of people like myself from accessing public money,” Patel said in a phone interview.

“It’s really important that we are able to access that money in an equitable way so that we can build our companies and we can contribute to the landscape of storytelling that portrays the culture of Canada to other Canadians.”

Knowledge Network President and CEO Rudy Buttignol said he had “major reservations” with the audit and it doesn’t tell the whole story.

He said the network’s focus until last year was to look at diversity within a project’s creative leaders — directors and writers, for instance — not a production company’s corporate ownership.

He said he believes the network was doing better when diversity was looked at in that way, but acknowledged race-based data was not being kept.

“Notwithstanding that, we recognize [the audit] did point to the fact we have a lot of work to do in addressing the change that’s been happening,” Buttignol said.

Buttignol said he believes the network needs to be more proactive in seeking out racialized and Indigenous voices, and that they are hiring a producer with a mandate to find those voices.

Culture minister Melanie Mark said in a statement that she has directed Buttignol and Knowledge Network’s board to make improvements.

She also said she will be “closely reviewing the findings in the equity audit and monitoring Knowledge Network’s work to ensure it is more inclusive.”

“As our public broadcaster, and a provincial Crown corporation, Knowledge Network must be inclusive and reflect the lived experience of all British Columbians,” Mark said in the statement. 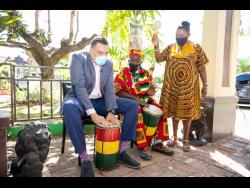