Playwright and artist Mumbi Tindyebwa Otu was hired as artistic director of Toronto’s Obsidian Theatre Company in January 2020 with a full season of shows scheduled.

But by the time she took over in July, COVID-19 restrictions had cancelled or postponed them all. Tindyebwa Otu said she was left not only staring at a blank calendar, but also at daily news stories about protests against police brutality and a widespread reckoning with racism perpetrated against Black people.

With her own private work as an independent theatre creator gone, and as the new head of a theatre with the mandate of promoting Black voices, Tindyebwa Otu began thinking about a way forward. 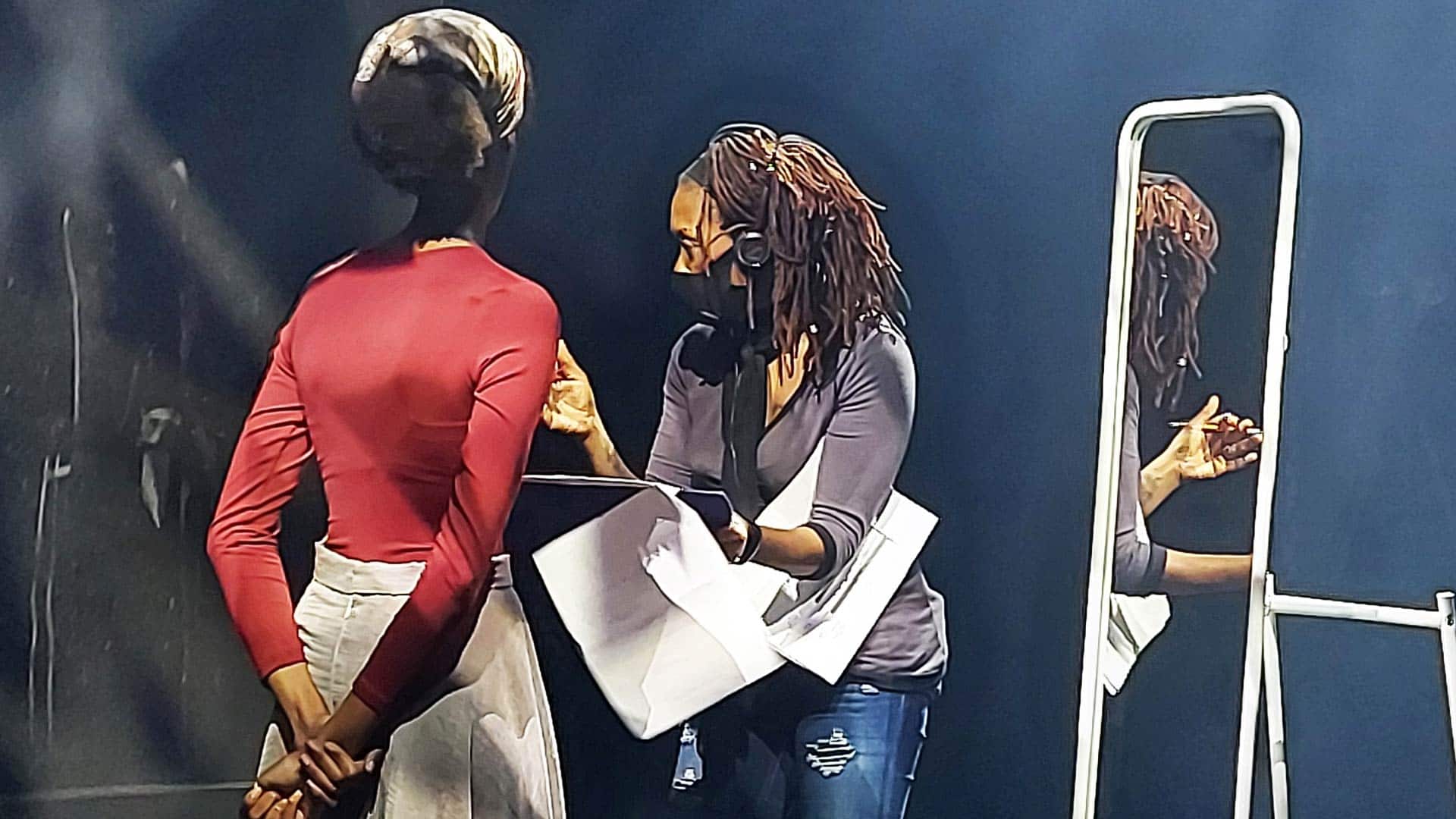 Obsidian, Canada’s premiere theatre company for Black artists, has teamed up with CBC Arts to present 21 visionary imaginings of the future of Black Canadians. We speak to the company’s artistic director and one of the actors to hear more about what they want to accomplish with the project. 2:03

“I was starting to think about Black futures within that context as I was coming in, just as a way to heal, as a way to imagine something different beyond the intensity of the moment that we were in,” she said.

What resulted was 21 Black Futures, Tindyebwa Otu’s first production with Obsidian and a way to answer the question: “What is the future of Blackness?”

The plays are grouped into three 70-minute sections, with the first released Friday on CBC Gem. It began with The Death News, written by Amanda Parris and directed by Charles Officer. In it, a young man eulogizes himself because in the future Black people are tasked with choosing how they should be remembered.

To Lovell Adams-Gray, who delivers the monologue, the concept is close to reality.

“Whenever I hear in the news that someone’s passed away or even like, you know, someone in our history because it’s Black History Month,” Adams-Gray said in an interview, “some of those legacies have been changed or altered or tarnished or misunderstood.” Because of that, he said, it’s important “to bring in the broader scope, the full picture,” with stories told by Black people about Black people.

That’s not always easy, despite a renewed focus since protests largely inspired by the death of George Floyd last year. While Adams-Gray says he has had more opportunities lately, that wasn’t the case just a few years ago, when there was less emphasis on, and less call for, Black stories.

Calgary arts and theatre critic Jenna Shummoogum says that’s an issue that has played out in many parts of the country. She pointed to a 2017 survey from Calgary Arts Development that found not only are white actors over-represented in stage productions in the city, they are also paid more.

That, she said, is because instead of telling their own stories, the Black actors who are cast are in supporting roles.

To escape that, Shummoogum said, there need to be more people of colour as the head of production companies and more funding given to diverse projects like 21 Black Futures.

The project is a good start, she said. But there’s a need for similar projects in cities across the country and more institutions in those cities run by people of colour, who can train artists and creatives to write and perform their own stories.

“We’re talking structural change.” Shummoogum said, “from the ground all the way up to the very top.”

For Tindyebwa Otu’s part, she said she’s optimistic. There is a current desire for Black stories, which gives projects like hers a better chance of succeeding and being seen by audiences. And despite theatre closures, the hybrid model they undertook — performing their pieces onstage, which were filmed and distributed online — makes it possible to continue working through the pandemic.

But she said there’s a bigger test than how they fare with this project. For her to see the industry as having undergone real change, she said, is a test of time.

“It’s really wait and see, to see how historically white organizations are going to respond, Tindyebwa Otu said. “Not in a year, but in five years, to really see whether these are actually lasting changes.”

The final two groups of plays will be released on CBC Gem Feb. 19 and 26.