Artists Christo and Jeanne-Claude had dreamed of wrapping France’s Arc de Triomphe in fabric early in their careers. But it took 60 years for that vision to be realized, in a posthumous installation currently being unfurled on the famous memorial in Paris.

Vladimir Yavachev, Christo’s nephew, began working with the artists when he was still a teenager. He joined Christo on his final project, L’Arc de Triomphe, Wrapped in 2017.

But Christo died last year, before he could see the final result. Jeanne-Claude died in 2009.

The couple was renowned for using big panels of fabrics to cover buildings, such as the Reichstag, Germany’s parliament building, and the fluttering saffron gates in New York’s Central Park. They also wrapped a stretch of coastline in Australia and part of a canyon in Colorado.

Their concept was seemingly straightforward, but each time, the execution was stunning and complex.

Vladimir Yavachev spoke to As It Happens host Carol Off about the installation, which is coming to life this week. Here is part of that conversation.

Vladimir, what were those first moments like for you, watching the workers rappel down the side, unfurling these huge swaths of silver?

It was very exciting and, of course, made us all miss Christo very much and his enthusiasm that he would have had when we would be watching this.

What’s the effect so far? What’s your sense of what it’s going to look like?

The colours are there and it’s amazing to see it in the landscape of the city, with the lights of the city … the effect is amazing. It doesn’t even look like it’s Photoshopped. It looks like you took a magazine and you cut out something and collaged it on something else, in real life. It looks unreal.

You take a building, or whatever monument or statue, and then create this gentle disturbance. The people look at it with different eyes.– Vladimir Yavachev, nephew of Christo

It was decades ago that Christo and his wife and artistic partner Jeanne-Claude came up with this idea to wrap the Arc de Triomphe. Why did it take so long to become a reality?

The original idea was from 1961, but they never proposed to anybody. Only in 2017 when Christo was working on an exhibition on the Centre Pompidou and the then-director, Bernard Blistène, and then-president, Serge Lasvignes, wanted him to make an intervention … around the museum, with the building or on the piazza, and then Christo said, ‘No, the only thing I’d like to do in Paris is to wrap the Arc de Triomphe.’

It’s actually only in 2017 that the project was rekindled.

And in the meantime, of course, you’ve lost Christo himself … he died in May of last year.

When people ask me [about] the biggest challenges on this project, I usually say that one of the challenges is that it’s a national monument … so [there’s] a lot of care you have to do when you work on the building. Also, the building was open to the public while we were doing the construction.

But the biggest challenge for me and the part of the team who knew Christo … was that he’s not here. For sure.

Is that also, that feeling of loss, is it an emotional one, as you execute this plan?

I’m sure when we’re done, the emotions will hit us.

Right now, we really are fully into the work to complete this in the next two days.

Your uncle, as people know, he had wrapped buildings and monuments and coastlines. He put up fabric in parks. He created these extraordinary installations. You have worked with him since you were a teenager. Did he ever explain to you the impulse behind wrapping things?

I mean, ultimately, Christo and Jeanne-Claude’s work is about freedom.

The use of fabric and this temporary quality of the work expresses that — because nobody can own this project. Nobody can claim it. Even Christo and Jeanne-Claude do not own it.

It’s there for a few days, it’s free for people to see, and that’s why also they’re self-financed, so there is no one that gives you that freedom.

You take a building, or whatever monument or statue, and then create this gentle disturbance. The people look at it with different eyes.

When it becomes a work of art itself, that adds another dimension. So that’s what I think Christo enjoyed very much.

And as you point out, he never took public money. All these projects were financed by the selling of the artworks leading up to these enormous projects — and there are no works of art afterwards. There’s no Christo collection after they’re done … so how do you measure the success of this project?

Oh, if we just do it, it’s already a success.

And if it looks just like the drawings, then that’s all we really — Christo and Jeanne-Claude would have wanted. They just wanted to see them.

It’s not about how many visitors you get or how much exposure you get, it’s just to actually do it.

MORE FROM THIS EPISODE

Thu Sep 16 , 2021
Digital Artwork Images menggunakan Fb. In June 2017, we announced that Yahoo and AOL joined to develop into a unified digital and cell media company as part of Verizon We at the moment are working underneath these unified Phrases of Service. If you have a Yahoo or an AOL account, […] 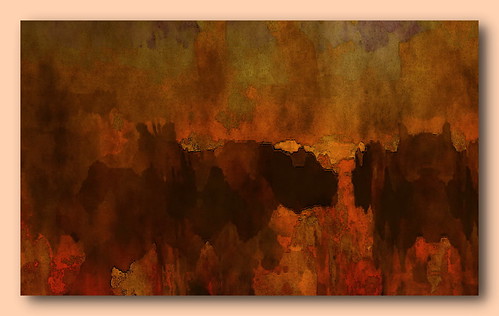