A group of young artists from Six Nations of the Grand River have released a colouring and activity book inspired by cultural and linguistic elements of their community.

The artists, who call themselves the Group of Six, sketched images and digitized them to make a 68-page book.

Artist Mya Warner said the group came up with the idea during the pandemic, when many kids were stuck at home.

“Around here, the Wi-Fi is not really good, so a lot of kids were struggling with school, so it gave us an idea to give them something to be working on,” said Warner, 16, who is one of the group’s members.

The book features images of traditional clothing, animals and unique plants found in the community and items and instruments used in ceremonies.

“We wanted to pick things that could really show who we are. We really just tried to keep it things around here,” said Warner.

There is also a poem, crossword puzzle and a DIY basket cut out, all representative of the Haudenosaunee people.

There are word matches in Cayuga and Mohawk, two of several languages featured in the book and spoken in the community.

The book, which launched earlier this month, was made possible through a grant from the Ontario Arts Council.

Youth from Six Nations release colouring and activity book to help educate others about culture and language. 1:16

The group said the book will also fill a need for educational materials that represent themselves and their community.

“A lot of the resources that we have now aren’t specific to our community and our ways. These kids can use these resources to actually get into it and learn about who we are,” said Warner.

The book could be used in schools, and even by people outside the community, said Group of Six member Daelynn Doxtater.

“A lot of native kids who go to school in the cities, they don’t feel represented,” said Doxtater, 16.

“I went to school in the cities a lot in my life, and there’s not much about our people. So it’s annoying. It’s like, ‘C’mon, we were here. Where’s me?'”

Doxtater hopes by releasing the book this fall, teachers will use it in their classrooms during Canada’s first National Day for Truth and Reconciliation on Thursday.

“I hope they think about the pages and value them,” added Sydnie Thomas, 16, a group member.

“[The book] is for everybody … It can be for our young kids. It can be for non-native young people, anybody, even older people,” she said.

Elizabeth Doxtater, coordinator of the Group of Six, is proud of the group’s work.

“It really sends a message of empowerment to everyone, not just our own people, but everyone can see that our youth have some of the most brilliant creative minds around,” said Doxtater, who founded the group about six years ago.

“What is hurtful is that a lot of times stories from our communities are picked up and repeated, and they’re often very negative and very hurtful, and they can really perpetuate stereotypes. And so to be able to showcase how amazingly creative our young people are gives … our own people from the community and everyone else to see that there is so much value in what they know and how they express it,” she added.

Peabody Awards 2021 Unveils 'Euphoria' and 'Ted Lasso' Among Its Nominees

Sat Oct 2 , 2021
HBO/Apple Tv+ ‘The Late Present with Stephen Colbert’, in the meantime, can make the shortlist in the Entertainment field, and Stacey Abrams’ ‘All In: The Battle for Democracy’ receives nominated in the Documentary class. AceShowbiz – Zendaya Coleman‘s hit drama “Euphoria“, Jason Sudeikis comedy “Ted Lasso” and Michaela Coel‘s “I […] 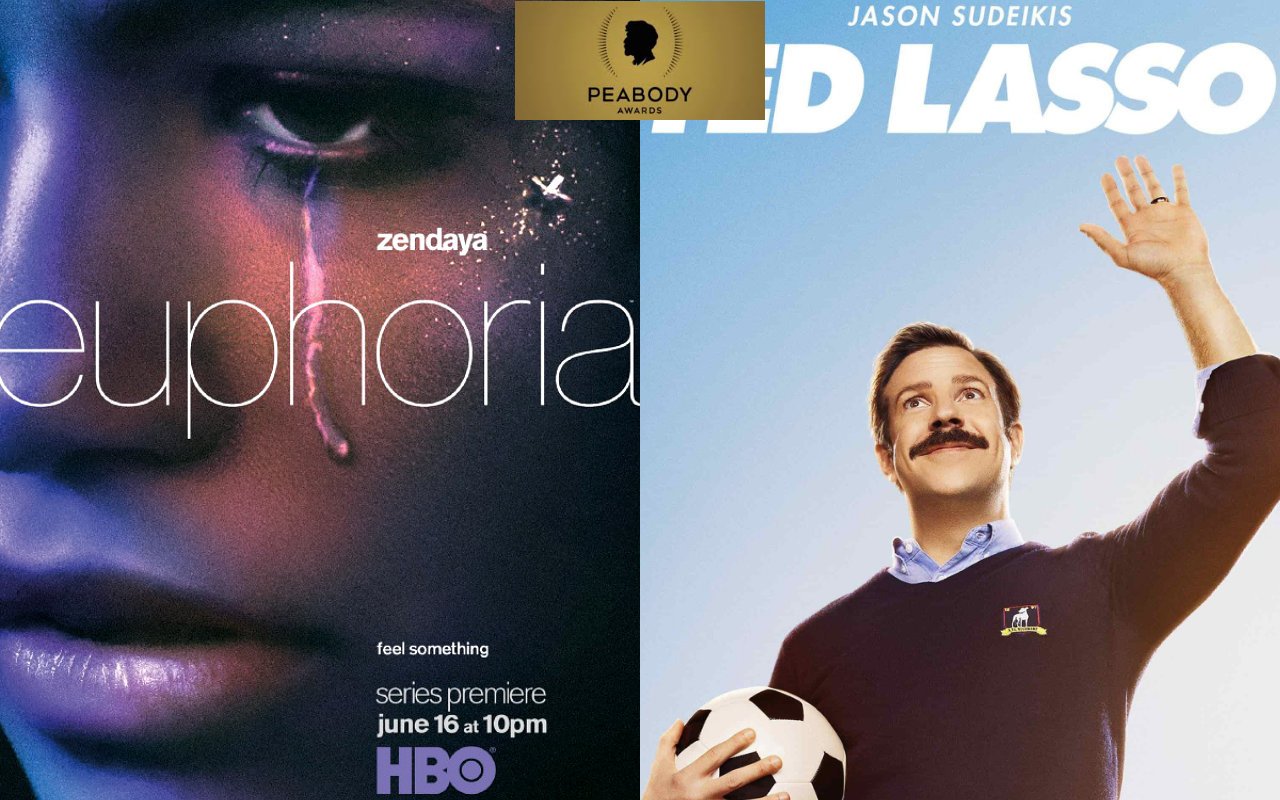