Michael Jackson moonwalked at the 2014 Billboard Music Awards years after his death; rapper Tupac Shakur performed at the 2012 Coachella music festival, though he died in 1996; and late singer Aaliyah’s estate spoke out recently after her record label announced that some of her albums would be released on streaming services.

A slew of recent controversies have renewed complicated questions about whether projects involving the use of a deceased celebrity’s likeness or creative output honours the artist’s legacy or exploits it for monetary gain.

Prince’s former colleague released a posthumous album comprised of songs the artist recorded in 2010 then scrapped; an artificially-engineered model of Anthony Bourdain’s voice was used in a new documentary about the chef and author’s life; and a hologram of Whitney Houston will perform a six-month Las Vegas residency beginning in October 2021.

It’s a matter of both ethics and law, but the ethical concerns are arguably more important, according to Iain MacKinnon, a Toronto-based media lawyer.

“It’s a tough one, because if the artist never addressed the issue while he or she was alive, anybody who’s granting these rights — which is typically an executor of an estate — is really just guessing what the artist would have wanted,” MacKinnon said.

“It always struck me as a bit of a cash grab for the estates and executors to try and milk … a singer’s celebrity and rights, I guess, for a longer time after their death.”

According to MacKinnon, the phrase “musical necrophilia” is commonly used to criticize the practice. Music journalist Simon Reynolds referred to the phenomenon of holographic performances as “ghost slavery,” and in The Guardian, Catherine Shoard called the CGI-insertion of a dead actor into a new film a “digital indignity.”

Richard Lachman, an associate professor at Ryerson University who researches the relationship between humans and technology, said that as artists age and develop a better sense of their legacies, they may take the time to protect their images and file appropriate contract clauses.

But not every artist will grow old. Indeed, a common thread between many of the artists whose works and likeness have been used in this capacity is an unexpected or accidental death.

Prince died in 2016 of an accidental opioid overdose, Anthony Bourdain died by suicide in 2018 and Whitney Houston drowned in her bathtub in 2012 as a result of heart disease and cocaine use. Tupac, Amy Winehouse and Aaliyah all died unexpectedly at young ages.

Lachman said if this is the case, then it’s possible that clauses accounting for image use didn’t get written into wills. He also noted that artists who die prematurely don’t grow old, giving an impression of perpetual youth that reminds audiences what an artist looked like in their prime.

And while fans might be protective of the artists they love, they’re also the primary consumers to whom these digital resurrections appeal.

“Yes, we know that [a hologram of] Whitney Houston is not the real Whitney Houston,” Lachman said. “But it’s a chance for us to engage in some of that fan behaviour, something that binds us to one another.”

For some, releasing archived material might not seem as harmful as resurrecting a person with virtual reality, MacKinnon said.

“I think there’s different degrees and a spectrum of uses that can be made of dead performers.”

Prince is an artist who’s been on both sides of that spectrum.

Last month, his posthumous album Welcome 2 America was released to fanfare. But there was another controversial incident in which it was rumoured that a hologram of Prince would perform alongside Justin Timberlake at the 2018 Super Bowl halftime show. The plans were eventually scrapped, with Prince’s ex-fiancée Sheila E. confirming that Timberlake wouldn’t go through with it.

The incident renewed interest in a 1998 interview with Guitar World, in which Prince said performing with an artist from the past is “the most demonic thing imaginable.”

Family, I spoke w/Justin 2nite and he shared heartfelt words of respect for Prince &amp; the Purple fans. I look 4wrd 2 seeing what I’m sure is going 2 be a spectacular halftime show. There is no hologram. 🙏🏽💋 <a href=”https://t.co/mhVXBfBa1B”>pic.twitter.com/mhVXBfBa1B</a>

Sarah Niblock, a visiting professor of psychology at York St. John University in York, England, who has long studied Prince and co-wrote a book about the artist, says efforts to dig into his vault and use his image for profit are in contention with his publicly expressed wishes.

“He was fully in control of his output, sonically and visually, and the way everything was marketed, and of course, those who performed with him and all of his artists that he produced,” Niblock said.

The situation is further complicated because Prince didn’t leave a will when he died. Without one, “a person’s estate can exploit or license those rights if they want to,” MacKinnon said.

While the legal boundaries are relatively clear, the ethical question of whether an artist is being exploited or not is subjective.

For Niblock, digital resurrections that enrich the estate and its executors at the expense of an artist’s known wishes cross a line.

“Trying to somehow use that death to create a mythic quality that the artists themselves would have not necessarily intended, to then market that for money … I mean, it’s extremely cynical and disrespectful.”

Legal considerations must be made before death

The incident prompted a wave of public discussion, some of it criticism levelled at Neville.

A tweet from Bourdain’s ex-wife suggested that he wouldn’t have approved. A columnist for Variety considered the ethical ramifications of the director’s choice. And Helen Rosner of The New Yorker wrote that “a synthetic Bourdain voice-over seemed to me far less crass than, say … a holographic Tupac Shakur performing alongside Snoop Dogg at Coachella.”

Recent incidents like the Bourdain documentary or Whitney Houston’s hologram residency will likely prompt those in the entertainment industry to protect themselves accordingly, said MacKinnon.

“I think now, if they haven’t already, agents, managers, lawyers, performers are all going to be telling their clients that if they care about this, if they care about how their image is used after they die, they need to be addressing it right now in their wills.”

Robin Williams is a notable example of a public figure who foresaw these issues. The late actor, who died by suicide in 2014, restricted the use of his image and likeness for 25 years after his death.

According to both Lachman and MacKinnon, artists would do well to make similar arrangements, as the technology behind these recreations will only get more sophisticated.

Holograms of Tupac at 2012 Coachella and Michael Jackson at the 2014 Billboard Music Awards were produced using a visual trick from the Victorian-era called “Pepper’s Ghost,” named for John Henry Pepper, the British scientist who popularized it.

In the illusion, a person’s image is reflected onto an angled glass pane from an area hidden from the audience. The technique gave the impression that the rapper and the king of pop were performing on stage.

Nowadays, companies like Base Hologram in Los Angeles specialize in large-scale digital production of holograms. The recreation of Bourdain’s voice was made possible by feeding ten hours of audio into an artificial intelligence model.

WATCH | AI model of Bourdain’s voice appears in documentary about his life:

Lachman said that it will become “almost impossible” for the average consumer to know the difference between a hologram creation and the real person.

He said that while the effects are still new and strange enough to warrant media attention, digital resurrections will continue to have an uncanny effect on their audience — but not for much longer, as audiences will likely grow accustomed to the phenomenon.

Though he said there may be purists who disagree, it seems like audiences have been generally accepting of the practice.

“It seems like the trend is we’re just going to get over it.”

Tokyo Games are least-watched Olympics ever for NBC

Tue Aug 10 , 2021
The troubled Tokyo Olympics concluded with a historically minimal Tv set viewers over 17 times. NBC averaged 15.5 million viewers in accordance to Nielsen key time telecast details, a report reduced for an Olympics on the network that has carried the Summertime Video games because 1988. The Tokyo viewers declined […] 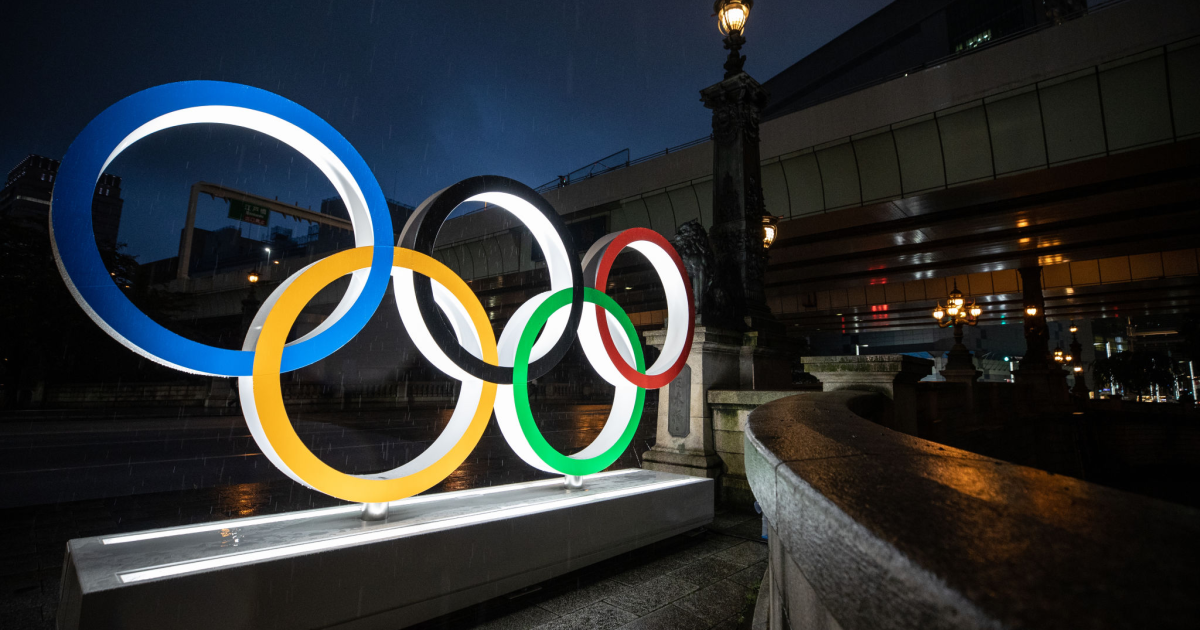