In December, Elliot Page announced he was transgender — both as a deeply personal step in a journey to affirm his identity and out of a desire to support others.

Months later, when an article about the announcement appeared in Time magazine, his reasoning became clear.

“My privilege has allowed me to have resources to get through and to be where I am today,” Page was quoted as saying, “and of course I want to use that privilege and platform to help in the ways I can.”

The article is titled “Actor Elliot Page and the fight for trans equality,” though the first jab is thrown before you even begin to read.

Page appeared on the cover of the magazine, the first transgender man ever to do so, and Page specifically requested fellow Canadian transgender artist Wynne Neilly for the shoot.

“I checked my phone, got an email from the senior photo editor at Time magazine asking me if I was taking on work right now,” Neilly recalled in an interview with CBC News from his home in Hamilton, Ont.

“She mentioned that Elliot had asked for me to be a part of the project, because he had seen my work and wanted another trans photographer to portray this moment for him.”

Neilly’s involvement, and the photograph he took, had a deep impact, spawning headlines around the globe. But it’s just one part of a broader movement of change occurring in different parts of film, fashion and TV industries.

A month of ‘firsts’

And a week after Page’s cover, model Leyna Bloom became the first trans woman of colour featured on the cover of Sports Illustrated’s Swimsuit Issue.

They are all evidence that trans people are more able to express themselves in media, and to see themselves reflected there — something Neilly says is vital.

When he set up the shoot for Page, who is originally from Nova Scotia, Neilly said he was most concerned with representing him “as true and authentically as possible.”

Neilly accomplished that using only natural light and working on a closed-off set, with only himself, Page and an assistant present.

The photo that Time eventually picked from Neilly’s shoot showed Page posing against a bare white wall, wearing nondescript jeans and a logo-less sweater, looking directly into the camera.

He was unadorned and, along with the authenticity Neilly was looking for, had something else — a sense of self-expression and autonomy. As a trans person himself, Neilly sought to show Page as a person living on their terms, an image he said rarely appears in media.

‘It was so beautiful’

The way that trans people are portrayed in the entertainment industries has real-world impacts. Yu Tsai, the fashion photographer who took Leyna Bloom’s Sports Illustrated photo earlier this year, noted that what appears on fashion magazines often dictates what is fashionable, what is beautiful and what is celebrated.

So when he captured Bloom, he said he was celebrating alongside her the whole time.

“I laughed and I joked about it on set with her while we were together,” said Tsai in an interview with CBC. “I felt like we both were standing on the back of a unicorn, because it was so surreal. It was so beautiful.”

“It should not be surprising news,” Tsai said. “When we see Leyna in the magazine on the cover, we should just say this is the right thing to do and this is normal — not the new normal, but this is normal.”

Tsai said it’s a journey his industry is beginning to make, which at Sports Illustrated’s Swimsuit Edition has been headed by M.J. Day, who is the editor-in-chief of the magazine’s special annual release.

During her run, the magazine introduced its first plus-sized model and its first Muslim model to wear a hijab and burkini. Meanwhile, this year, 57-year-old Kathy Jacobs became the oldest model to make her debut in their pages.

In 2019, Day wrote that the magazine’s inclusion strategy was part of an effort to “shatter” entrenched perceptions of beauty.

But in an interview with Yahoo Life Day said that due to a historical lack of inclusion in the fashion industry, those “firsts” are shockingly easy to come by.

“This industry is unfortunately a very stunted one,” Day said. “So, where it shouldn’t be so easy to have firsts, it is.”

Tsai said striving for greater inclusion can unfortunately be a slow process, which can make all of the historic instances of it a little bittersweet.

While Bloom made headlines as the first trans woman of colour to grace the magazine’s cover, their first transgender model ever had been showcased less than a year ago, more than five decades after the publication was created.

And that lack of inclusion has consequences in the real world.

Despite pop culture’s historical depiction of transgender people as villains, research suggests they are far more likely to be victims of violence — and that risk is growing. According to a report by Statistics Canada released this week, crimes targeting sexual orientation rose 41 per cent from 2018 to 2019, the most recent year documented.

Hate crimes against the transgender community do not have their own category in the report’s charts, and are included under the category for sex or gender identity. Still, the report stated more than two-thirds of all hate crimes against gender-diverse people from 2010 to 2019 happened in the last three years.

The report also noted that crimes against this community were often more violent, and more than 80 per cent involved a “violent violation.”

I definitely have had a lot of people reaching out to me saying like, ‘I went and saw that work. And it really made me understand myself…. I can better understand my child.– Wynne Neilly

For that reason, Tsai said it is more important now than ever to “change the conversation,” to educate audiences without alienating them and to make space for diverse communities both in front and behind the lens.

The urgency to continue is there for Neilly as well. Before receiving the call to work with Page, he was struggling to find work during the pandemic, and worried his career might be over.

His career began in a way that mirrored Page’s shoot — realistically depicting trans life. In this instance, though, it was his own: a self-portrait project called Female to “Male”, which documented his transition.

Neilly said he started the project partly because there wasn’t much public-facing work that did anything similar. And the reaction to it kept him going.

“I definitely have had a lot of people reaching out to me saying like, ‘I went and saw that work. And it really made me understand myself…. [or] I can better understand my child,'” Neilly said.

“So I think that’s the stuff that keeps me going and is like, OK … what I’m doing is important.”

Never seen a Marvel film? Watching them in timeline order is a great way to start

Fri Apr 2 , 2021
Related Posts:Elliot Page reflects on coming out as transgender in new interview with Oprah Right after using some time off through the pandemic, Marvel Studios is churning out the material the moment once again. As soon as 2021 begun, the studio bought suitable to it. Just a several months into […] 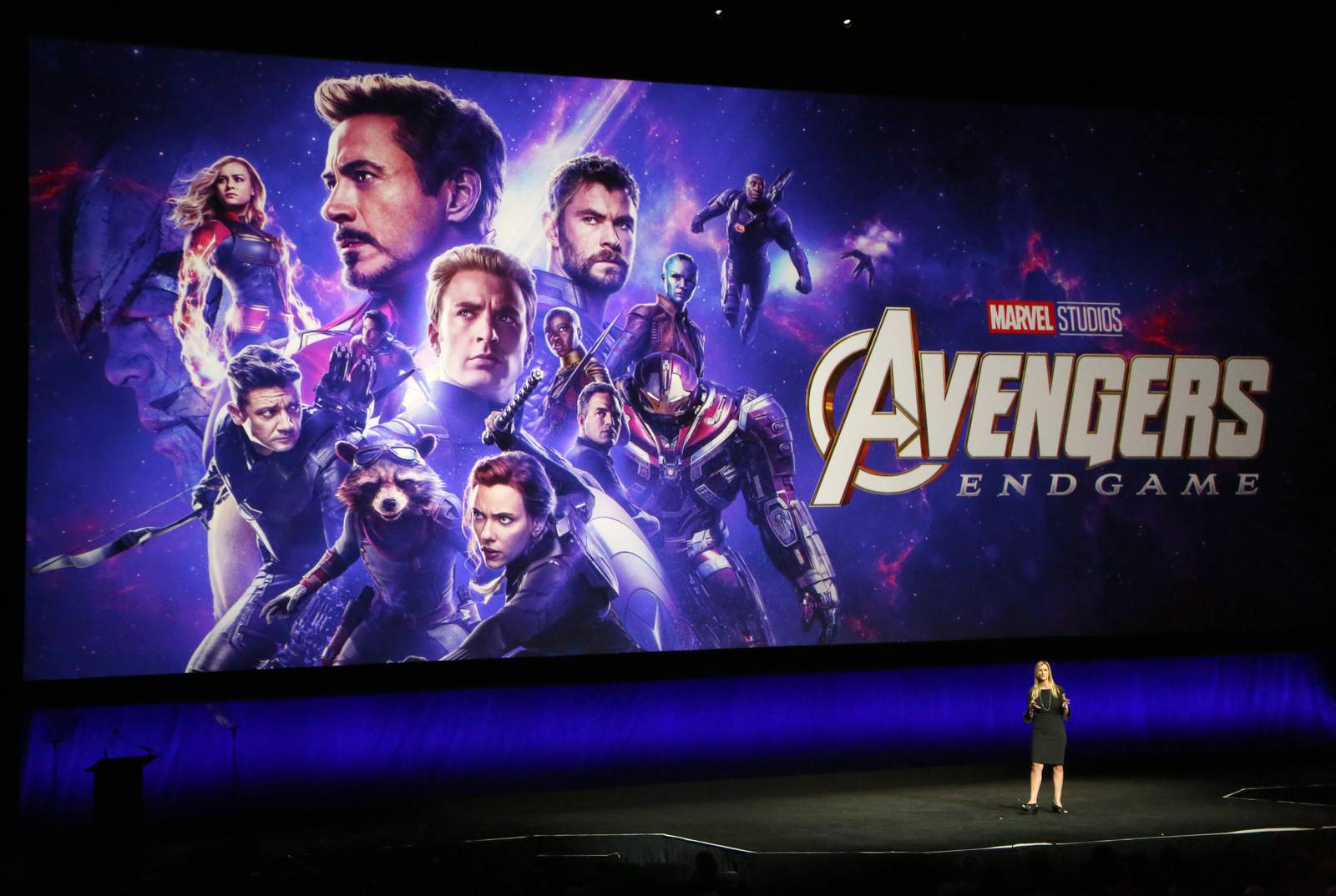