Craig Mazin, who created HBO’s acclaimed Chernobyl series, is set to write and executive produce the series along with Neil Druckmann, who directed the video game series.

The Last of Us takes place in a post-apocalyptic world 20 years after modern civilization has been destroyed.

According to HBO, the story focuses on Joel, a hardened survivor, who is hired to smuggle 14-year-old Ellie out of an “oppressive quarantine zone.”

What starts as a small job transforms into a “brutal, heartbreaking journey” as they traverse the U.S. and depend on each other for survival, the network said in a release.

Representatives for HBO didn’t respond to requests for comment, but rumours of a massive production have been swirling in Calgary for months.

“[It] will be the largest ever, I believe, film or television production in Canadian history,” Kenney said.

In a statement, the press secretary for Jobs, Economy and Innovation Minister Doug Schweitzer said Alberta is on track for “a record year in film” with new privately funded studios in the process of being built to meet demand.

“We welcome any and all productions that would come here, particularly large-scale series from major studios that create thousands of jobs and showcase our scenic vistas and breathtaking sights on a global scale,” Justin Brattinga said in an email.

The original The Last of Us video game was released in 2013 to critical acclaim. The game has sold more than 20 million copies as of October 2019, becoming one of the highest-selling PlayStation 3 video games of all time.

The series will “enhance” the events of the original game, Mazin said in an interview with BBC Radio, adding that he is treating the two video games essentially as novels.

“I can’t say much about it other than to say, the one anxiety that I think fans of something have is, when the property gets licensed to someone else, those people don’t really understand it or are going to change it or make it stupid,” he said.

“But in this case, I’m doing it with the guy who did it,” Mazin continued. “So the changes that we’re making are designed to fill things out and expand. Not to undo, but rather to expand.”

Mazin said the series has become “a dream come true” for him because he’s a fan of the series himself.

“I’m a little scared, because everybody’s emotions connected to this game are rather intense,” he said.

Alberta’s film industry has been prepping for a booming year as major U.S. studios have looked north due to COVID-19 slowdowns.

Last week, Schweitzer also announced that the province would remove a cap that limited film and television productions to a maximum $10-million tax credit claim in a bid to draw larger projects to the province.

“We’re starting to see continued momentum in this field,” he said at a news conference.

Upcoming series shooting in the Calgary area include:

Since 2000, the Calgary area has succeeded in attracting several big budget productions to film in the area. In 2013, when Interstellar and the first season of the FX series Fargo filmed in the area, the total value of the industry reached $274 million.

Thu Apr 1 , 2021
Digital Art Pictures menggunakan Facebook. Exclusions and Limitations of Legal responsibility. Nothing in the Phrases impacts any authorized rights that you are entitled to as a consumer below Irish and EU law which cannot be contractually altered or waived. Accordingly, a number of the exclusions and limitations in Sections eight and […] 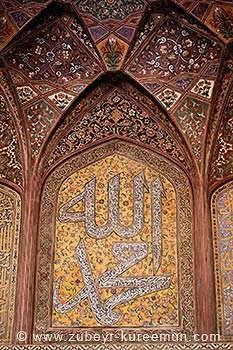