Former NHL star Theo Fleury has filed a lawsuit against the co-author of his autobiography who is claiming to own half the rights to his life story, stalling the production of a Hollywood movie until the matter is settled in court, CBC News has learned.

The book details sexual abuse Fleury suffered at the hands of his former junior hockey coach Graham James and led to Fleury’s post-hockey career of speaking out about trauma, addiction and mental health.

James was sentenced to more than five years in prison for repeated sexual assaults against ex-NHL players Fleury, Sheldon Kennedy and three other players he coached in junior hockey in the 1980s and 1990s.

A script for the movie titled Fleury is complete and, after travelling back and forth to California for the last four years, the former Calgary Flames player says three California production companies are ready to move forward but can’t because Day and her company, Pyramid Productions, are claiming ownership over the story.

“We’re this close to making it happen,” Fleury said in an interview with CBC News.

“I’ll give [Day] lots of credit for the book; she did an amazing job of putting it in my voice and getting all the things I wanted to get out.”

But it’s been 12 years since the book was released and, according to Fleury’s originating application filed by lawyers Brendan Miller and Sasha Joshi in the Court of Queen’s Bench, “No one can have ownership over the life story of another person.”

Fleury says his story is his own.

“We’ve built a really good thing and obviously this person was a part of it at the beginning but to think that they can … keep dipping their hand into the wishing well and pull out whatever they want, says a lot about [her].”

Day and her production company have taken the position that the movie can’t be made without her consent and compensation.

A letter authored by Day’s lawyers sent in response to Fleury’s court proceedings states that the agreement signed by the two co-authors gives Day “the right to exploit all subsidiary rights in respect of the [book].”

According to the document, Day interviewed more than 50 people over two years “in circumstances where Mr. Fleury had very little independent recollection.”

In an email to CBC News, Day said she’s simply asking for an agreement to be honoured.

“We’ve had so many successful collaborations including a documentary and play, and all we ask is that he continue to honour our contracts.”

The producers won’t make the film until the matter between Fleury and Day is resolved in court.

Fleury is asking the court to make a declaration that the movie’s producers are free to make the film “without any consent, involvement, or compensation to the respondents.”

“Now it’s in God’s hands and the court and hopefully something gets resolved so we can make this movie,” Fleury told CBC.

For the last 13 years, Fleury says his life’s work has been connecting with victims of trauma and telling his own story — through the book, a play and a documentary. A Hollywood movie is just another way to reach those suffering.

“We’ve tried to exhaust the story in as many different ways as possible because of the amount of people that keep coming and asking us, ‘How do I get through this?'” he said.

“Nobody’s selling hope in the world right now. Nobody is selling hope and this story has so much of that in it. That people can overcome trauma because trauma is the string that binds us all together as human beings.”

This isn’t the first time Day has landed in court with a former Calgary sports collaborator.

Retired Calgary Flames star Lanny McDonald had been working with Day on a memoir about his life and hockey career.

McDonald, a Stanley Cup winner, has so far refused to allow Day to send the manuscript to HarperCollins as per a contract signed by all three parties.

In court documents, Day says she had invested a year of her life and interviewed more than 50 people for the book.

But McDonald, according to the court filings, felt the book wasn’t written in his voice and was over-dramatic and emphasized things for their “controversial and shock value.”

Thu Jul 8 , 2021
For a single of the initial periods in months, the number of active scenarios grew rather of lowered, with the most boosts developing in Vancouver Coastal Well being and Inside Health. However, it stays to be witnessed if this growth will be sustained in excess of a number of days and […] 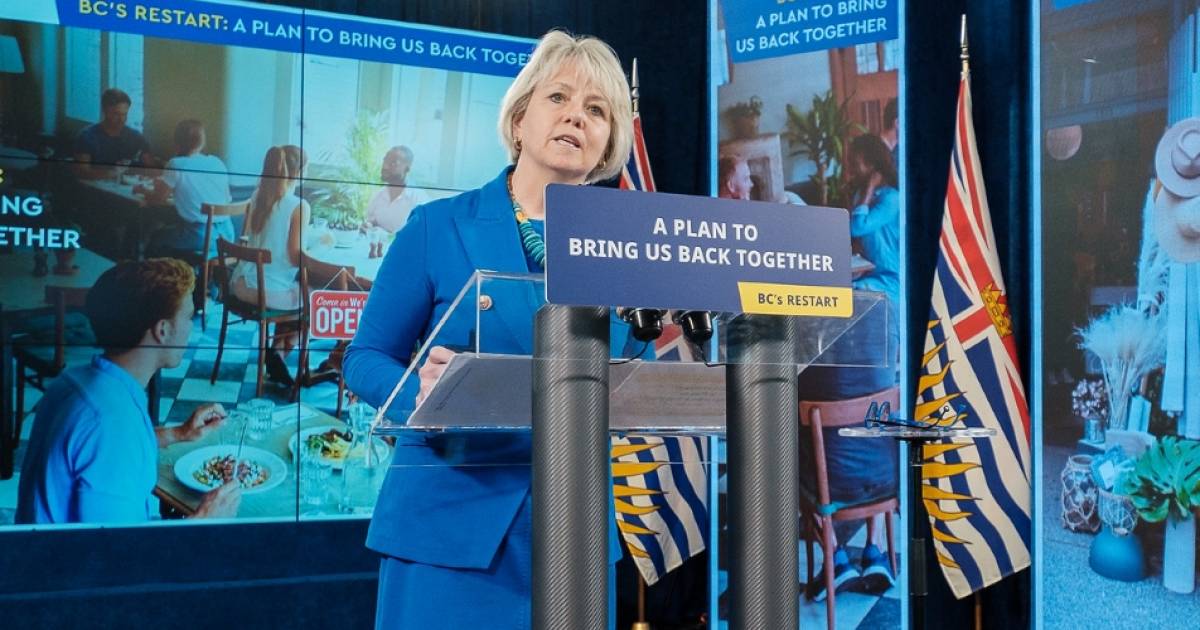