Rasul is a Filipina comedian and artist based in Toronto. She curates the annual Tawa Comedy Festival and is also part of the consulting firm Bespoke Collective team.

Rasul came on CBC’s Fresh Air to talk about her book.

When comedy writer Alia Ceniza Rasul started to getting writer’s block, she took to Instagram to upload her hilarious and irreverant poetry. Those same poems have come together as part of her new poetry book. “Super Important Filipina Thoughts” tackles identity, food, cultural collision, relationships and much more. 11:31

How did your poems first end up on Instagram?

Basically I had writer’s block, and I wanted to push through that. So I gave myself an assignment. I promised myself that I would write a poem, whether it was one word or multiple words. And I put it out every day and committed to it.

When I put it out on Instagram, I wasn’t really expecting anything. But people started to respond to them and that encouraged me. Instead of doing one a day, I started doing three or four a day. It was so fun. It was a whole book of poems at the end.

People can engage more deeply on Instagram. They can like it, but they can also comment, reflect, engage and share it with the world. I think for many years a lot of people are like, “Oh no, where’s the person to person touch?” I do feel like with poetry, there is that extra layer of connection and ways that you can engage with it.

Did your work change when you realized more and more people were attracted to it and reacting to it?

No. But that doesn’t mean I wasn’t tempted to change.

I think something about social media and getting addicted to “the likes,” it’s very tempting to start catering to your audience. I had to pull back into my intention. I wanted to put my voice out there and I wanted to stay open to what that means. A part of the commitment was whatever you’re thinking at the time, pay attention and write it down.

I wanted to make sure I didn’t edit who I was because I’m trying to figure out who I am, too.– Alia Ceniza Rasu

I would describe my book as almost a journal. I come to it with the energy with which I wake up every day. One of my poems speaks to the fact that I don’t know myself; because I never paid attention to what I was thinking. I wanted to make sure I didn’t edit who I was because I’m trying to figure out who I am, too.

I’m still figuring out my own voice and what I care about. Maybe it’s a little bit of a kitchen sink of all the thoughts that I’m thinking; and then as I progress as an artist, I assume I’m going to refine that voice.

In one of your poems you write, “I didn’t choose to be Filipino but I didn’t fully live until I embraced it.” What do you mean by that?

I think there’s a pretty common narrative for a lot of people who are millennial and trying to reconnect with their roots.

When I moved away from the Philippines, my Filipinoness took backstage. In fact, I kind of ignored it because I had internalized the idea that my heritage didn’t matter if I wanted to succeed as an immigrant. No one specifically teaches you that.

Growing up, I never really put my Filipino heritage and my relationship to it to the centre of who I am, until recently — until I turned 30. And honestly, it was liberating because it kind of gave permission to be my full self.

I didn’t realize I was two people. I was myself, who was a bit more Filipino in my family and in my community. There’s the other version of me where my Filipinoness was removed, and I didn’t realize how limiting that was.– Alia Ceniza Rasu

I didn’t realize I was two people. I was myself, who was a bit more Filipino in my family and in my community. There’s the other version of me where my Filipinoness was removed, and I didn’t realize how limiting that was. Until I finally just said, “Okay, this can only be one Alia.”

A group of Filipina women are letting you know that the elder women in their community are hilarious — and wise. Filmmaker and correspondent: April Aliermo 4:01

Do you find yourself thinking about how universal your story is?

When I was studying comedy at Second City, one of the things that really stayed with me is that the more specific something is, the more universal it becomes. Because that is really the only narrative I can honestly share and authentically share.

One of the things that really stayed with me is that the more specific something is, the more universal it becomes.– Alia Ceniza Rasu

After five years of that I realized I wasn’t confident being vulnerable and sharing who I authentically was. I did it through this exercise and it kind of uncovered by accident how vulnerable I would get — and it was liberating. I wish someone, when I was younger, had told me that all of my thoughts were important.

This conversation has been edited for length and clarity.

Fri Jul 16 , 2021
Digital Artwork Pictures menggunakan Facebook. In late 2002, the cheapest digital cameras were out there within the United States for round $a hundred. 33 On the similar time, many discount stores with photograph labs launched a “digital front finish”, permitting consumers to acquire true chemical prints (as opposed to ink-jet […] 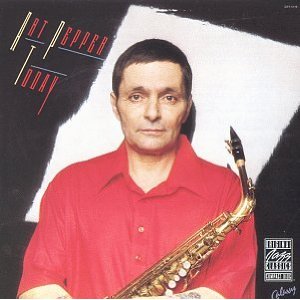