For Curtis Waters, making it as a musician was always the plan.

As he grew up hopping between India, Germany, Calgary and finally the United States, Waters spent years thinking about and working toward that goal. So when he finally emerged as one of Canada’s biggest musicians — nabbing three nominations at the 2021 Juno Awards in the process — it was almost like destiny.

But what he didn’t expect was his dream coming true during what is maybe the most perilous time for artists in the past century: smack dab in the middle of a pandemic.

“It feels like it’s a weird dream,” Waters, 21, explained from his bedroom at his mother’s house in North Carolina. “It’s [like] a weird simulation, because I’ve been dreaming about making it for so long and then everything happened in a year. So now it’s … I don’t know, nothing makes sense.”

In fact, it happened as it does so often now — through TikTok. Users discovered Waters’ song Stunnin’ early in 2020 and paired it with their own videos, catapulting it to millions of streams.

And Waters isn’t the only one. Vancouver’s Powfu (Isaiah Faber), 22, and Calgary’s Tate McRae, 17, both burst onto the scene in 2020 based on TikTok virality. McRae’s Platinum-certified You Broke Me First peaked at 16 on Billboards Global 200 chart and pulled in over 630 million Spotify streams, while Powfu’s infinitely hummable Death Bed (Coffee for your Head) peaked at 23 on Billboard’s main chart, and is pushing one billion streams.

With their launches, three out of five of the “breakthrough artist” nominees at this year’s Junos got their start on TikTok — where their music has collectively spawned over seven million videos.

And even during the pandemic, they’re in good company. Despite COVID-closures, Junos president Allan Reid told CBC News this year’s awards received more submissions than any year in the festival’s history. That suggests musicians have found another way to promote themselves and find audiences, eschewing a traditional format that relied heavily on touring to stay relevant.

But this isn’t the first time TikTok has made a splash at the awards. Last year, rappers bbno$ (pronounced “baby no money,” real name Alex Gumuchian) and Ali Gatie both got their starts through TikTok, and were both up for breakthrough artist then. They returned with more nominations in 2021, including album and artist of the year nominations for Gatie.

‘It’s just not that hard anymore’

In interviews with CBC, all five TikTok-spawned breakthrough artists spoke about the power of the app and its singular importance in building a career during a time when live music and touring are virtually non-existent. Not only that, this year’s breakthroughs suggest the music industry’s shift has actually democratized the path to success, and made it easier to find fame.

“It’s just not that hard anymore,” said Waters. “I can do all this: I can get an online subscription and put my music out there.”

“I can produce myself. I can make videos myself … It seems like people are scared to try it. But once you do it, like, it’s not impossible.”

And while this year’s nominees for the most part released or recorded their songs before being forced to switch up their plans, a new slate of performers are proving you can build a career from the ground up on the platform.

Vancouver singer-songwriter Jessia is among a group of young artists who saw the industry’s upheaval, and shift to TikTok, as an opportunity.

“I lost my job due to the pandemic, and it gave me just a lot of time on my hands,” she said. “After spending so much time just by myself in my high school bedroom — because I moved home and I was just writing music — I was like, ‘You know what, this needs to come out.'”

What needed to come out was a 20-second video — not of a finished song, but instead an off-the-cuff performance from her car.

“Okay, I don’t know if this is like total trash or if it’s actually a bop, but here we go,” she says in the video, before launching into the chorus of what would become her new release I’m Not Pretty.

The clip saw massive success on TikTok — it gained over one million views in a day, and sits above 11 million now. She was noticed by songwriter and producer Elijah Woods, who helped Jessia record and release the full track within a week. Soon after, she was listed by Rolling Stone as one of their the fastest up-and-coming artists, and has sat at the top of Billboard’s Canada Emerging Artist chart for five weeks.

That all came, she said, from social isolation pushing both her and her listeners to the app — an acceleration of a trend that has been taking place since TikTok merged with the similar American app Musical.ly in 2018, and kickstarted its huge success outside of China.

But outside of a new path to success, what it also showcases is the type of content that so often catches on for artists looking for their first listens and streams.

‘TikTok is a little bit messier’

“Artists are sort of broadening the idea of what the brand of an artist should be on social media,” explained arts journalist and New York Times contributor Zachary Small. “On Instagram things are usually highly curated, highly edited and pared down.

“TikTok is a little bit messier — the platform really rewards artists who are speaking off the cuff and showing process.”

Small said the app’s growth is crossing boundaries between different art forms. Many visual artists who use TikTok to promote their work struggle to fend off copycats, and often find few ways to really monetize their popularity.

To make money, he said, many accept payments from record labels to play certain songs in the background of their videos.

Gumuchian said artists looking to attract labels often do the same, reaching out to influencers to feature their songs. In an interview in May of 2020, he said that market had already begun to explode as the app’s popularity grew, saying that one influencer had quoted him a price of $25,000 just to feature his song.

But that dynamic could also be accelerating another trend in music: the death of traditional bands. In fact, for the first time in the Juno Awards’ history, this year there was only one group with more than two members nominated for the breakthrough group category — Vancouver’s four-piece band Peach Pit.

Though this year’s winners, Crown Lands, are a rock group, they and the three other nominees (R&B musicians Manila Grey, folk-rockers 2Frères and electronic artists Young Bombs) are all duos. And while that makeup has started to dominate the category, they were in the minority until a few years ago.

Adam Ezegelian, of the TikTok-famous band Adam and the Metal Hawks, says he’s seen that trend firsthand. While they were also able to get their start during the pandemic making viral content — eventually scoring a duet with Jack Black — Ezegelian says there are unique challenges to bringing an entire band up through the app.

“One of the things that’s kind of like a logistic challenge, [is] if you look at our videos, just trying to fit four people in in a vertical frame,” Ezegelian said. “You know like, where do you put the drums?”

And while they have been able to put out a near-daily slate of covers and performances created for TikTok, it’s harder to fit their own music into videos. Unlike pop and hip hop, rock licks and riffs have proven more difficult to adapt in a way that can be reposted and remixed.

“It’s a necessary evil in this social media space,” he said. “You’re not going to catch people by showing them your original music and hoping.”

And when it comes to showcasing a personality, moving from concerts to online puts bands at a disadvantage. At a live show, he said, a band has the advantage: “four times the energy, four times the people.”

Until they can return to shows though, Ezegelian says they’ll have to make do with the app. And even after, the influenceTikTok has built up in the past year is likely here to stay.

Wawa to mark 'Mare of Easttown Day' with new cheesesteak

Wed Jun 9 , 2021
PHILADELPHIA – For all the enjoy Wawa has gotten many thanks to the HBO strike Tv demonstrate “Mare of Easttown,” the popular Pennsylvania usefulness retail store chain is supplying a small back again. To celebrate its latest retailer opening in Delaware County — in which the Kate Winslet-led criminal offense […] 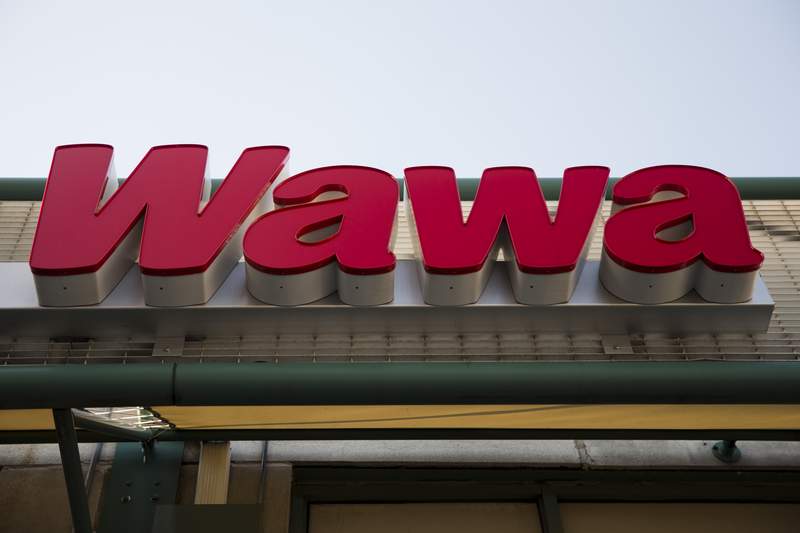