Hollywood’s annual awards season is usually a profitable time for the many people who work behind the scenes.

Event planners have large scale, glamorous receptions to organise, Beverly Hills waiters are serving hundreds of celebrities at various parties, and numerous publicists are walking their talent down the red carpet.

But with the pandemic vastly changing awards ceremonies – which are now all virtual – and parties being cancelled, many jobs have been eliminated and people are out of work.

Ahead of the Grammys being hold remotely on 14 March, and the Oscars likewise next month, we talk to Tinseltown workers who have had to find other ways to earn money.

Working at the Beverly Hilton hotel since 2001, Mr Beenen, 50, has waited on everyone from Brad Pitt and Angelina Jolie, to Kate Winslet and Judi Dench.

The hotel is usually home to the annual Golden Globe Awards ceremony and also hosts many other Hollywood events.

“I initially came to Los Angeles to pursue an acting career,” he says. “I was hired through a referral and intended it to be my side gig until my acting career took off.”

While Mr Beenen’s acting career never blossomed, he had a child in 2006 and working award galas became his full-time career. “I’ve had a front row seat to the success acting can bring but never have tasted it myself.”

As a single dad he says he felt “confusion and panic” at the onset of the pandemic, completely uncertain of his future. “Foremost of my concerns was providing for my daughter. Here we are a year later and… I’m still laid off, as are all my fellow event workers.”

Mr Beenen says he has been grateful for how supportive the hotel has been. “My employer really stepped up, and held food drives for its laid off workers and handed out generous gift cards.”

Yet he says the past year has still been “extremely challenging”.

“The federal unemployment money I bring in is only half of what I made while working. Making rent, keeping up with my bills and providing food for my family has been difficult.

“I am behind several months on rent payments and other bills. I went from a high octane, lucrative Hollywood career full of glitz and glam, to collecting unemployment money and food donations to survive. It’s been a tough pill to swallow as a man, very hard on one’s self worth.”

With in-person large award ceremonies not happening for a while, Mr Beenen is strongly considering a career change.

“Being a waiter can be an unkind industry to age into. I’ve given thought to becoming a librarian to counteract the stimulus overload I’ve experienced working 20 years of award galas.”

Nevertheless, Mr Beenen remains cautiously optimistic about his future. “After a year of isolation and reflection I’m more than ready to get back to doing something!”

Prior to the pandemic, Ms Pesce played records at post-awards show parties.

In the past year she has been spending more time focusing on her talent agency Nona Entertainment, which represents more than 40 DJs.

“Our industry has been devastated, and our revenue is 80% less than what it normally would be,” says Ms Pesce.

“Many DJs have been pivoting to virtual sets, or bringing in money in non music-related ways. People have to pay their bills and receiving tips on streamed sets are great, but it won’t cut it for most unless you have 1,000-plus subscribers.”

She says that things are now improving, with in-person DJ sets on the horizon again. “I finally saw a change three weeks ago. We received more new inquiries than any of the previous 52 weeks.

“People are starting to embrace the light at the end of the tunnel. And they are most definitely ready for a good party.”

Fernando Darin had only been the head chef job at upmarket Los Angeles restaurant Patina – the long-time caterer of the Emmy Awards Governors Balls dinners – for a few months before the pandemic caused it to close down.

“I was so excited because I was putting in place something really special,” he says. “A couple of months later, we got the news that the restaurant was getting shut down permanently and that was difficult to accept.”

No longer a chef, Mr Darin has decided to go back to his roots – creating music.

When the quarantine started, he got much closer to a friend who produces film music. “I got interested in the work that he was doing.

“Suddenly I was interning with him and learning a bunch of cool tricks – producing and arranging film scores.”

Music has always been present in his life – he got his first guitar when he was seven – but this is the first time he has tried to make a living out of it.

“This is a really new field of work for me,” he says. “But like anything else that I’ve ever done in my life, I’m going with low expectations and lots of dedication. I revamped my home studio and that is where I spend most of my days now.”

Mr Darin has often asked himself if he would go back to preparing large scale awards gala dinners, if ever Hollywood gets back to “normal”.

“I got asked this question a million times in the past year. Of course, I miss being the captain in the kitchen on a Saturday night or the rush of adrenaline of serving 4,000 people at the Emmys.

“This was a big part of my life and I’ll never forget it, it’s like that girlfriend you had when you were a teenager.”

The celebrity cocktail maker has created and served the signature drinks at the Oscars and Emmys for the past five years.

He says his heart breaks for the hospitality employees who are continuing to live shift to shift, reliant on tips and mostly without health insurance.

“I am truly grateful to have [had] a few projects going on at the time [the pandemic hit] so I didn’t have the rug completely pulled out from under me,” he says.

Over the past year Mr Joly has had time to work on Crafthouse Cocktails, a bottled drinks business he co-founded more than eight years ago.

“We had to make an immediate focus shift, as most of our partners were impacted,” he says. “No more concerts, sporting events or flights, meant that we had to find other ways to get our cocktails into people’s hands.

“One side effect of the pandemic is that people ramped up cocktails at home. We’ve been able to direct our efforts to retail partners, online shops and liquor stores.”

Another key project Mr Joly has been involved with is designing his own line of bar tools and glassware.

He has also been able to deliver cocktail classes, saying “along with folks taking up bread baking and other hobbies during quarantine, many have also been learning to make cocktails”.

With no celebrities to walk down red carpets that are no longer there, Ms Walton was shocked to find herself out of a job.

“I have worked on major red carpet shows for more than 15 years. The job security that I thought I had was gone.

“I thought working award shows was necessary and impactful. It was my way of contributing to the beauty and art industries, while looking cool doing so. I initially felt embarrassed and broken when the pandemic shattered my flow.”

In the last year, Ms Walton began to appreciate the opportunity to reflect on her life choices, priorities, and the amount of value she placed on things that really didn’t matter. “I did lots of praying and reading, and had many conversations with God.”

With a bachelor’s and masters’ degree in communication, a cosmetology licence and a real estate broker, she says she is always ready to try something new – and started law school last August.

“However, I quickly realized I was more intrigued with the idea of being a lawyer than the law itself.” So she has gone back to another career she once had previously – hairstyling.

Ms Walton would also love to return to her musical roots, and has started a production company called MW Entertainment. “It’s an exciting time, I have so many ideas!” she says.

Thu Mar 11 , 2021
Few buyers trickle into frozen yogurt store Humphrey Yogart on a rainy Wednesday afternoon in Sherman Oaks. But really do not enable the poor-temperature foot targeted traffic idiot you — the creamery has seen a key spike in focus and revenue since Meghan, Duchess of Sussex, identify-checked it all through […] 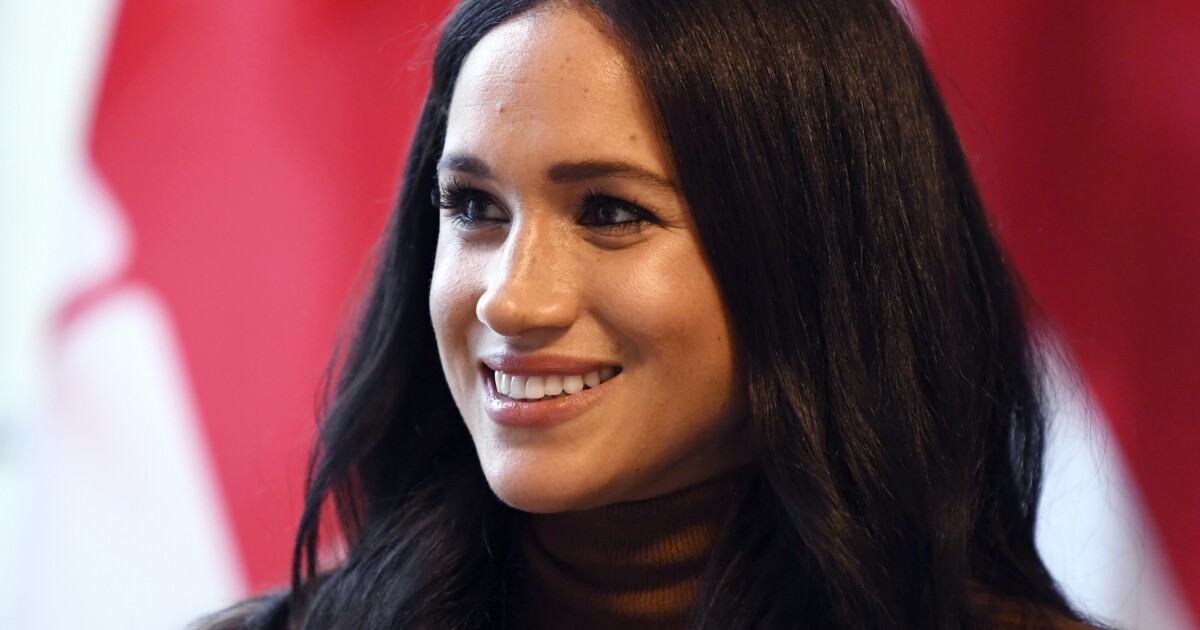