Madison Tevlin went viral in 2015 when her YouTube cover of John Legend’s All of Me blew up.

The Toronto teen had only intended family and friends to see it, but she’s now racked up more than eight million views and is onto her next gig: a CBC show.

It’s called Who Do You Think I Am, in which Tevlin interviews a roster of guests who are misperceived due to their exterior appearance.

Tevlin has Down syndrome, in which an individual is born with an extra copy of the 21st chromosome, leading to some cognitive and developmental disability. She wants to prove to the public that people with Down syndrome can do it all — and she’s flashing her triple-threat status as an actor, singer and dancer to prove it.

“People may think that we can’t do lots of things and assume things about us that [are] not always true,” Tevlin told CBC News. “That we can’t walk, we can’t sing, can’t dance, can’t live on our own and can’t do all these things.

“But actually, I’m proving everyone wrong.”

As film, television and the arts become more inclusive and social media platforms like TikTok give the disability community a space to thrive and build an audience, individuals with Down syndrome have greater avenues for finding success in the performing arts.

‘Part of our stories’

There’s still room for improvement, but advocates say representation is getting better.

“I think people think that people with Down syndrome can’t do a lot, and they feel sorry for us,” said Lily D. Moore, an American actress best known for her role as Rebecca in Never Have I Ever, the Netflix comedy created by Mindy Kaling.

“We can go to college; we can own our own businesses. We want to live independently and we want to follow our dreams.”

Like Moore, a handful of American actors with Down syndrome have had success, paving the way for others long after Chris Burke starred as Corky in Life Goes On. In 2019, Zack Gottsagen made headlines when he co-starred in the film Peanut Butter Falcon with Shia LaBeouf, later becoming the first person with Down syndrome to present at the Academy Awards.

“They should be held to the same standard as other actors who — or as other characters, I should say — who have things happen to them, and sometimes things that make us cringe or make us uncomfortable.”

“I feel like it is getting better, for sure,” Moore said. “Down syndrome people used to be portrayed as happy all the time and people feel sorry for us … We were not taken seriously. But now the TV and film industry is giving Down syndrome people bigger roles, and it’s great.”

Other avenues for breakthroughs

Laura LaChance, the executive director of the Canadian Down Syndrome Society, said “individuals with Down syndrome have aspirations and dreams, and yet … there seem to be sort of these self-imposed or cultural limitations that people are showing us.”

She points to the emergence of TikTok as a venue for performers with Down syndrome, citing Toronto dancer Julia Slater — who has 1.2 million followers on the app — as a particular success story.

“Those [followers] are not all people who have Down syndrome,” LaChance said. “She’s found a niche for herself in performance on social media. Maybe not on the stage, but in the airwaves.”

Tevlin has found additional success through her TikTok and Instagram videos, where she frequently shares educational posts with her 132,000 followers about what it’s like to live with Down syndrome.

The app has an “accessibility and useability … that makes it possible to create content and to generate an audience,” said Jones.

John Tucker, an American actor who starred in the Emmy Award-winning series Born This Way, a reality series following individuals with Down syndrome as they work to overcome barriers, said the app has given people with disabilities the opportunity to show what they can do.

Tucker is on TikTok himself, where he interacts with fans of Born This Way and elevates his rap music career to an audience of 15,000 followers.

More traditional venues for a pathway to stardom, like talent agencies, are evolving to make the process more welcoming to people with disabilities.

The Toronto- and Vancouver-based agency Ignite Artists offers free training and coaching to individuals with disabilities who have an interest in acting.

“The opportunities are still fairly slim, but the industry is changing very quickly and we have seen an uptick in auditions just this year as productions strive to be more representative,” the agency said in an email to CBC News.

LaChance said that the Canadian Down Syndrome Society frequently shares casting calls in search of people with diversity in ability, which she says is a relatively new development.

Mon Feb 21 , 2022
Junior Massey is smoking cigarettes nervously in a downtown Chicago back alley, leaning towards a truck that contains about 50 bottles of whisky. It’s 1921 — early times of Prohibition — and Massey has utilized his work as a railway porter to smuggle those bottles down from Montreal. Junior, a […] 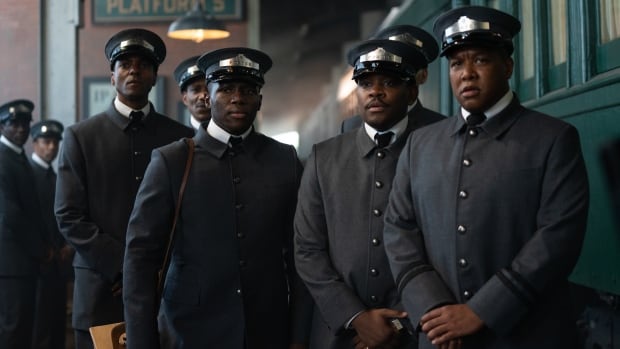