A resurfaced interview sees Jada Pinkett Smith slam the 40th birthday party organised by her husband, admitting it led to her having an affair.

A segment from Jada Pinkett Smith’s talk show has emerged amid renewed interest in her unusual marriage to Will Smith, in which the star admits she was furious over a 40th birthday party organised by her husband.

The Red Table Talk clip sees the pair discussing the “hardest time” in their marriage with daughter Willow, 21, and Jada’s mother Adrienne Banfield-Norris, 68, with Will revealing Jada called her 40th a “ridiculous display” of Will’s “own ego”.

The couple eventually agree the event was a “turning point” in their marriage, leading to Jada’s affair with 29-year-old musician August Alsina, who is set to release a tell-all book about the romance.

“I think the turning point in our relationship for me, happened when I turned 40,” Jada began, revealing she suffered a “midlife crisis”.

Agreeing, Will added that his wife’s milestone birthday was also a “low point” for him, going on to recall how he had spent three years planning a birthday bash to “lift her out” of her slump.

“The day after her 37th birthday, I hired a team to orchestrate her 40th birthday,” he told daughter Willow.

“I hired a documentary team, I traced mommy’s family roots. Her 40th birthday was going to be my thing!”

Jada, rolling her eyes, chimed in: “It was going to be a splash.”

The Fresh Prince Of Bel Air actor, who also hired R & B superstar Mary J Blige to perform at the party, went on: “It was going to be the thing that lifted her out of this midlife crisis. It was going to be my deepest most beautiful proclamation of love.”

But for Jada, the party — which included never-before-heard tapes of her grandmother aired to the room — left her feeling overwhelmed and in need of “intimate” family time.

It bubbled over into a huge fight, with Jada accusing her husband of making her birthday all about him.

As daughter Willow looked to her dad sympathetically, Will said of the saga: “Crushed, right? And to this day I know I was crushed because it was true. It wasn’t a party for her.”

In July 2020, the actress confirmed she was romantically involved with then-27-year-old singer August Alsina on an episode of Red Table Talk.

Pinkett Smith then went on to detail exactly how the “entanglement” began.

“It all started with him just needing some help. Me wanting to help his health, his mental state,” she explained.

“From there, you know, as time went on, I got into a different kind of entanglement with August,” Pinkett Smith said. Smith then urged his wife to clarify what she was saying. She replied with, “It was a relationship, absolutely.”

It comes after another shocking unearthed clip sees Jada Pinkett Smith complain she never wanted to marry Will and hated their “horrible” wedding.

“I was under so much pressure, you know, being a young actress, being young, and I was just, like, pregnant and I just didn’t know what to do,” declared Pinkett Smith, 50, in a freshly exhumed snippet from her Red Table Talk Facebook series.

“I never wanted to be married.”

She said she was “crying down the aisle” and was “forced” to wed the actor after she became pregnant with their first son together, Jaden, now 23.

All eyes have been on the pair since Smith’s infamous Oscars smack-down of Chris Rock and the Academy’s decision to ban him from the ceremony for 10 years.

Instagram influencers detail how they make $10K at Coachella

Tue Apr 12 , 2022
Maryam Ghafarinia will be attending Coachella this weekend for the fourth time. But she has yet to see an actual performance at the music festival in the California desert. “Hopefully this year [I’ll get to],” the 36-year-old said. “But I say that every year.” The weekend-long concerts, this year headlined […] 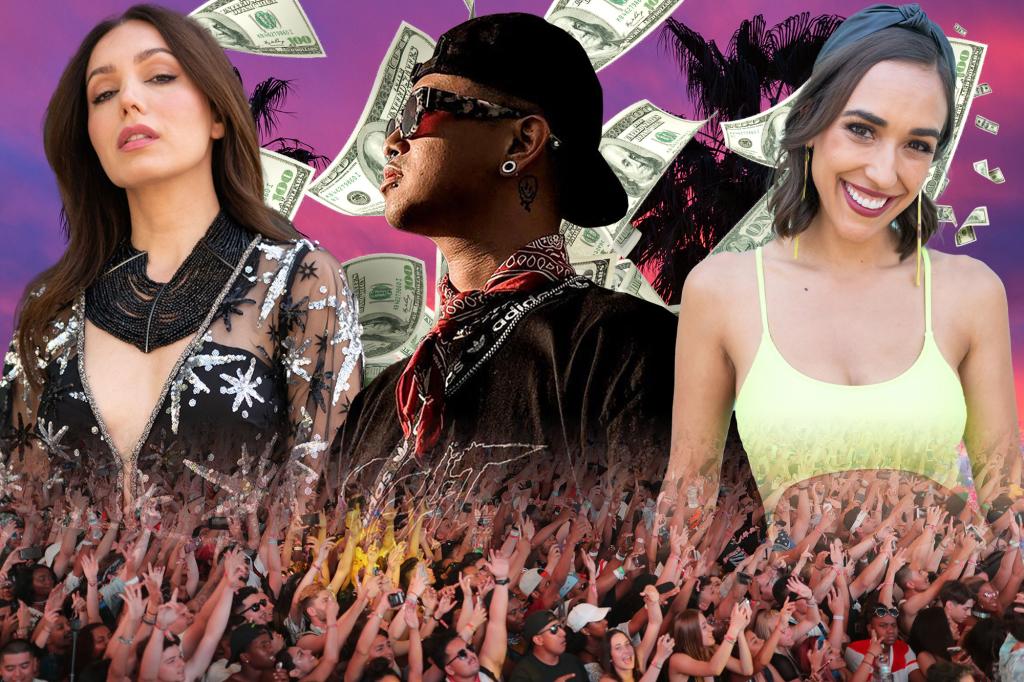