Normally at this time of year, Ralph Meranto, the artistic director at the Jewish Community Center of Greater Rochester’s CenterStage, would be focused on planning upcoming productions for his 300-seat theater. But these aren’t normal times.

Instead, Meranto has been busy securing permits from the Town of Henrietta to erect a giant tent on the center’s outdoor tennis courts, under which he plans to stage shows this summer and fall.

The tent is Meranto’s answer to new state regulations issued in April that put a hard cap on audience capacity at indoor performing arts and entertainment venues and have forced theaters small and large to think outside the box in order to make staging a theater season financially viable.

Under the regulations, indoor theaters can open at 33 percent capacity, with a limit of 100 people. The rules allow for 200 people at outdoor venues. If all attendees test negative for the coronavirus or can prove they have been vaccinated, the maximum audience size can rise to 500 people outdoors, according to the regulations. 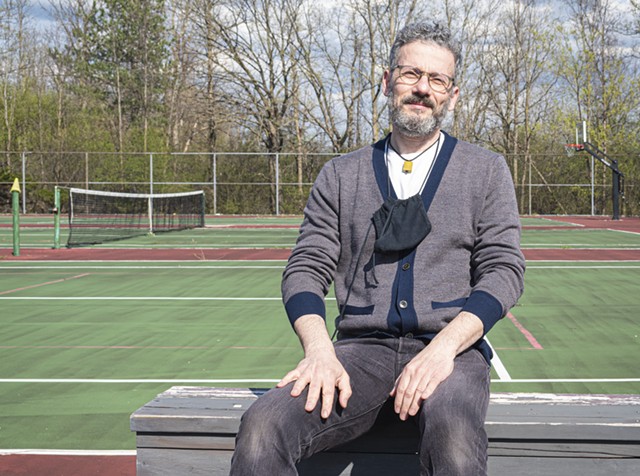 “I can’t make money on a big musical with 100 people in the audience,” Meranto said.

“At 33 percent capacity, we can’t afford to pay the bills and produce the quality productions audiences have come to expect from CenterStage,” he said. “I could do shows, but they’re all going to be one-person shows, monologues, and low-budget shows. I don’t want to do that.”

Performing arts theaters, music venues, and comedy clubs have been yearning for the governor to give them the greenlight to start staging shows again for live, flesh-and-blood audiences. But the capacity restrictions have made it too expensive for some places to open their doors.

The Rochester Broadway Theatre League, for instance, recently announced that it intends to begin staging shows at the Auditorium Theater this fall — but only on the condition that the state loosens its rules. The theater has about 2,500 seats.

“If we had to do these shows today, we couldn’t do them,” the RBTL’s chief operating officer, John Parkhurst, said upon announcing a lineup for the upcoming season that included expensive productions, including “Cats” and “Charlie and the Chocolate Factory.” “I think the most people we could have in here now is, like, 246 people, something like that.”

Smaller venues have more flexibility to find workarounds, like what Meranto has dubbed “Canalside Stage at JCC.” The center sits on the Erie Canal straddling the Brighton and Henrietta town lines.

A grant from art patron Dawn Lipson helped pay for the Canalside Stage infrastructure, which will include a stage with lighting and sound trimmings, 70 VIP seats, and the giant tent. The rest of the audience will be arranged in a perimeter around the tent, where there is room to spread out on the courts’ combined 23,400 square feet. 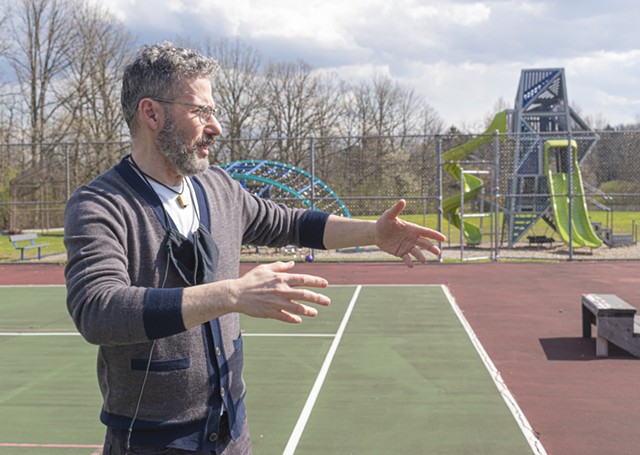 Meranto said the seating will take good sightlines into consideration, that measures for accessibility and access to bathrooms are underway, and there will be contingency plans for rain delays and reschedules.

CenterStage plans to begin using the outdoor stage for its summer production of “You’ve Got a Friend,” scheduled for June 5 and 6.

Other performing arts groups and nonprofit organizations have expressed interest in renting the space to get around the state’s capacity limits on indoor productions, but also for the novelty of staging an outdoor event.

Meranto said he expects TYKEs Theatre, the JCC Concert Series, the Rochester Philharmonic Orchestra, A Magical Journey Through Stages, the Memorial Art Gallery, and Trillium Health to use the Canalside Stage in the coming months.

Danny Hoskins, artistic and managing director at Blackfriars Theatre, was one of the first to strike a deal. He plans to use the Canalside Stage for three performances this summer and fall, beginning with Blackfriars’ (delayed) 70th anniversary concert, scheduled for June 11 and 12.

Blackfriars, located on East Main Street near the Auditorium Theater, is an exceptionally intimate space, with 126 seats. The state’s capacity restrictions means “sold-out” productions could play for 42 people at most. Hoskins said the new rules were a financial blow.

“The 33 percent capacity cap does hamper us from doing anything indoors at all,” Hoskins said.

Other theaters are also turning to the outdoors.

Geva Theatre Center, the largest of the area’s theatre organizations, is planning its first show for a live audience since the pandemic with an outdoor presentation in August of “Ring of Fire: The Music of Johnny Cash.”

Artistic Director Mark Cuddy declined to share the location, saying negotiations with the venue were in progress. But he said the production would play on a professional stage under a roof with lights and sound. “It’ll be a full Geva production,” he said.

Geva Theatre Center will not offer live theater indoors until the fall, Cuddy said, when it plans to open the larger of its two auditoriums — the 280-seat Wilson Stage — in October to present the rock ‘n’ roll love story story, “Vietgone,” a hold-over from its 2020-21 subscription season.

“We don’t expect capacity to be reduced by the time we produce,” he said.

In the meantime, Geva will stay virtual until the fall and move ahead with a two-week run of “The Real James Bond…Was Dominican” over Zoom, live from the Wilson Stage starting May 14.

INCHING BACK TO LIFE

The moves outdoors are signs that the performing arts scene is inching — rather than springing — back to life under the new regulations. But it isn’t just the larger theaters that see the capacity restrictions as cost-prohibitive; it is also the smallest.

Reenah Golden, founder of The Avenue BlackBox Theater, whose 49 seats have been diminished to 16 under the new rules, is also looking outdoors.

She plans to present live shows this year in an outdoor theater to be built as part of the Joseph Avenue Art Walk, a project approved by City Council in April. The venue is expected to be constructed this summer in a vacant lot across the street from The Avenue, and will be used for performances, youth programs, as well as a general gathering space, Golden said.

For the time being, The Avenue is presenting hybrid shows that play to a small live audience and are simultaneously streamed for virtual spectators.

There’s the natural amphitheatre and small sheltered stage of Highland Bowl, where the Rochester Community Players annually present a different Shakespearean play each July. That show will go on, and this year’s selection is a dual English-ASL presentation of “The Tempest.”

Co-Production Manager Rachel Pazda said movement into and out of the bowl will be controlled, and a ticketing system will cap the audience at 200. Though outdoors, audiences will be required to mask up and sit in “pods,” and concessions will be sold, but sealed.

The Multi-use Community Cultural Center (The MuCCC) on Atlantic Avenue — the go-to venue in town for small theater companies without a home — has announced that its space will be available for rent again beginning June 1. Managing Director Doug Rice said MuCCC will split ticket sales with groups instead of charging the typical rental fee.

As of late April, though, there were no takers.

That was not just because the capacity restrictions have reduced MuCCC’s 80 or so seats to a meager 26. Some companies recognize that some theatergoers aren’t ready to return.

“Even though it’s open, it doesn’t mean our audience members are ready to get back in the theater themselves, even though I know we’re all chomping at the bit to get back on stage,” said Stephanie Siuda, the artistic director of the theater company Out of Pocket Inc.

Out of Pocket has used MuCCC over the past year to present shows that were streamed to virtual audiences. Suida said she was grateful for the opportunity and for not having had to carry the overhead of a physical space.

“We don’t have a theater, we’ve always wanted one,” she said. “And this is the first time that we’re actually grateful that, you know, that’s not falling on us.”

Olympia Dukakis, who won an Academy Award for Moonstruck, dies at 89

Sun May 2 , 2021
Olympia Dukakis, the veteran stage and screen actor whose flair for maternal roles helped her win an Oscar as Cher’s mother in the romantic comedy Moonstruck, has died. She was 89. Dukakis died Saturday morning at her home in New York City, according to Allison Levy, her agent at Innovative Artists. A […]