The city’s live music venues are having so much trouble finding affordable insurance as the pandemic wanes that some are considering closing their doors.

And at least one — the iconic Horseshoe Tavern — could soon be leaving the province.

The situation is so dire that the city has taken on the role of go-between to help the insurance industry and the Canadian Live Music Association find some common ground that could lead to an affordable insurance plan tailored to live music venues.

Toronto city councillors will be updated on those talks when the economic and community development committee meets Wednesday.

Rates up to 400% higher than pre-pandemic, owner says

“Pre-pandemic, insurance rates for my venue had increased about 400 per cent over 10 years,” said Shaun Bowring, owner of The Garrison.

“The quotes received during the pandemic are 300 or 400 per cent more than pre-COVID.”

And Jeff Cohen, the owner of the Horseshoe Tavern, long a fixture at Queen Street West and Spadina Avenue, said he can’t get liability insurance at any price.

“If I have no liability insurance by the new year, I’ll consider moving to another province,” he said.

Part of the problem, according to Spencer Sutherland, a former venue owner and current member of the city’s Toronto Music Advisory Committee, is that the city’s 90 or so live music venues are often lumped in with nightclubs for the purposes of insurance — even though music venues operate under different licences and tend to be less risky.

“What we really want is simply for for an insurance company to provide an insurance program that is specific to those music venues — that doesn’t lump it in with other high-risk entertainment-based businesses and just provide a solution that’s more specific to the sector,” Sutherland said.

“To differentiate the live music venues like the Horseshoe and the Phoenix and the Bovine and The Garrison, and to distinguish those from from large nightclubs or other major entertainment venues that have other risk factors.”

Adding to to the owners’ financial woes is the fact that for 16 months, insurance companies have insisted that venues continue to make their premium payments, even while they’re shuttered, Sutherland said.

He said insurance companies have provided no reason for the sudden post-COVID rate hikes.

But Erin Benjamin, CEO of the Canadian Live Music Association, which is leading the talks with the insurance industry, said she’s convinced the pandemic has made insurance companies especially risk-averse.

“The timing is just too much for me to really wrap my head around,” she said.

“All of a sudden COVID strikes, and suddenly there’s no one who will write [insurance policies] for the live music venues in the country, and not just venues, in some cases festivals as well.”

Mike Tanner, Toronto’s music development officer, said the city’s role in the industry talks is strictly as a facilitator. He emphasized that the city is not interested in acting as an insurance provider, or a guarantor.

He said the ongoing discussions began last year and the city’s role is to provide “information. advice, contacts, and context.

“Music venues animate our streets, they make Toronto more livable, and they’re not least a springboard for young artists and their career trajectories. It’s a fragile ecosystem.

“But that can be taken for granted.”

Even so, Tanner said he’s “optimistic and hopeful” that a new insurance scheme can be worked out that benefits the industry.

He said the live music industry in the city generates about $850 million annually and provides the equivalent of 10,500 full-time jobs.

The Insurance Bureau of Canada told CBC Toronto it’s not directly involved in the talks, but “we do recognize this is a challenging time for businesses who are operating in an environment that no one would have predicted a year ago.

“The COVID-19 pandemic has compounded the existing challenges and heightened affordability and availability concerns.

“There is coverage available so our best advice is to shop around. Business owners should contact their insurance representative or broker to discuss their insurance needs and the products that are available in the market to address their requirements.”

Mon Jul 5 , 2021
Digital Artwork Photography menggunakan Facebook. Dust reduction programs help maintain mud off of image sensors. Originally launched only by a couple of cameras like Olympus DSLRs, have now become customary in most models and types of detachable lens camera, except the low-finish or low-cost ones. When we modify the Providers […] 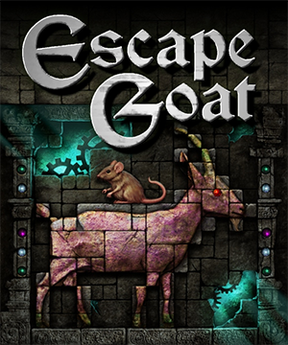