The Mirrors Programme a short while ago hosted a virtual prize-supplying ceremony for their fifth annual Artwork & Digital Competitors, with faculties receiving $6,450 in prizes, although pupils obtained $7,690 in prizes.

At a digital ceremony, Attorney-Standard Simmons mentioned, “Thank you for joining us here currently to rejoice the talent and creativeness of people who participated in the level of competition, hosted in partnership with the Mirrors Alumni and Pals Association.”

“This year’s concept was ‘Embracing our Dissimilarities, Diversity and Inclusion.’ This concept allowed our budding artists to categorical the generation of a Bermuda wherever variances are embraced and individuality celebrated. The show ran from July to August at the Rick Fairies Gallery, Masterworks Museum of Bermuda, displaying 131 submissions.

“The profitable groups were being chosen by a few group judges for very first, second and third spot awards at the key, center and higher school amounts. The People’s Selection awards for main, middle and senior faculty stages were decided by the general public vote during the exhibit.

“The names of the class winners are under.

“The third place winners were:

“The second put winners were:

“The 1st spot winners were being:

“The particular person digital art winners have been:

“The People’s Selection winners were being:

“The Mirrors Programme many thanks Athene Life Re as the main sponsor of this occasion, Masterworks and the Mirrors Alumni for their ongoing help.

“For more data regarding information and facts for this year’s Artwork Levels of competition or to volunteer for the up coming cycle of Mirrors programming, make sure you make contact with Mirrors Programme at 294-9291 or mail an email to [email protected]” 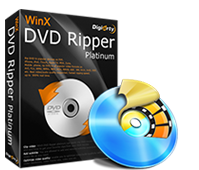