Campaign organizers are demanding an immediate stop to logging of the remaining old growth, saying B.C. used to be a place where trees swayed at 76 metres tall and now only 2.7 per cent of the large-tree old-growth forests remain.

Campaign organizer Nicole Rycroft is the founder and CEO of Canopy, an environmental non-profit that describes itself as a Canadian-based organization dedicated to advancing ecologically based forest solutions worldwide. Canopy has launched several previous campaigns in the fashion, packaging and publishing industries to protect ancient forests.

Rycroft said the response to the call for signatures was “overwhelming” and came together in a week.

She believes a general global awakening to climate change concerns is fast galvanizing support for issues such as protecting old growth.

“The calibre of signatories and the breadth is just really indicative of the broader public concern that there is — I think the fastest response that we got within minutes,” Rycroft said.

The Canopy letter says B.C. used to be “the land of giants, with trees towering over 250 feet tall.”

The Ministry of Forests says old-growth forest covers some 13.7 million hectares of the province — nearly 20 per cent of B.C. forests. In an email on June 15 the ministry said that only 27 per cent of the old growth standing is either legal or economically viable to log.

The Ministry of Forests says the government has protected close to 200,000 hectares in 11 areas of B.C., including Fairy Creek and the central Walbran area.

“B.C.’s beautiful ancient forests are part of what makes our province a great place to live and we owe it to future generations to protect them. The path towards managing B.C.’s forests will be guided by science and by government-to-government engagement with First Nations.”

But Rycroft and others counter the provincial statistics — saying “there’s a lot of numbers games going on.”

She says independent scientists have confirmed only 2.7 per cent of the old growth that once existed continues to stand.

One of the signatories to the letter was Canadian author and anthropologist Wade Davis. The Bowen Island resident said long before he became an author and academic he, like many British Columbians, worked in forestry to pay the bills.

In the 1970s, when Davis was in his twenties, he says he worked as a forest engineer and helped plan out the roads and cut lots for the crew that felled “cathedral-like groves” of spruce and cedar on Haida Gwaii — then called the Queen Charlotte Islands.

“It’s a little bit like Groundhog Day. It’s simply amazing to me that 40 years after I worked in that logging camp — it’s amazing that we are still talking about this even as an issue,” Davis said.

“It’s deeply sad and tragic that we are still caught up in this same kind of controversy where young people feel obliged to put their bodies on the line to stop what should have been stopped by common sense.”

Mon Jun 21 , 2021
Digital Art Images menggunakan Fb. In fact, there are much less economical causes to buy artwork. Many collectors purchase artwork based mostly on their very own aesthetic and emotional responses to the artwork and the private value that they feel the art carries. They buy it, simply, as a result of […] 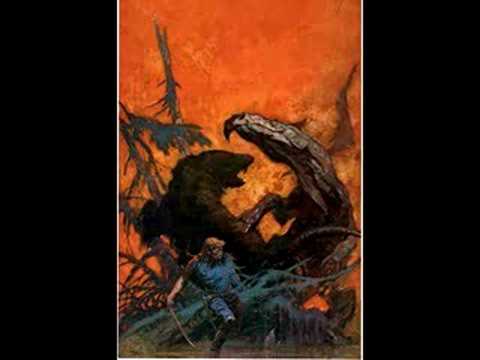