A new lab set up in Coquitlam, B.C., is processing thousands of coronavirus tests in under 12 hours each day to screen film industry workers for the virus and keep productions rolling.

Omega Laboratories Inc., a huge U.S.-based forensic lab, has chosen B.C. as a location for its pivot to COVID screening in addition to its main business drug testing employees.

Since January, Omega — working in partnership with Swedish-based First Wellness Testing — has responded to the huge demand for its specialized service.

It’s an expensive option, with the costs of tests ranging between $150 to $165 each, but asymptomatic screening has proven integral to keeping films in production

Samples have been turned around in as little as eight hours, depending on courier services. This is a big time saving for film companies that previously had to ship test samples out of province or out of the country for processing.

Some experts say the film industry’s embrace of rapid asymptomatic testing is a direction other areas of the economy might consider, especially now that more infectious variants of the virus are emerging in B.C.

With an ongoing shortage of fast, reliable testing, Omega Laboratories is getting a lot of interest from other industries and government groups, according to Kyle Hicks, the company’s director of marketing.

“The first economic element of it is just that time is money. Getting these productions up and running is difficult without a pandemic. So we are looking to get people these results fast enough that they can be tested and get back to work,” said Hicks.

Eric Brown of the Michael G. DeGroote Institute for Infectious Disease Research at McMaster University in Hamilton has looked at the efficacy of rapid tests.

“I’m all in on this idea. I think it’s fantastic. I am mostly disappointed that it’s not available to all of us,” said Brown.

While the tests are expensive, experts say this may be the key to saving the economy as the pandemic continues.

“Enormously expensive but maybe in the context of all the economic costs of COVID-19 it’s not looking like such a bad equation,” said Brown.

The tests Omega is employing in B.C. go beyond antigen tests which detect fragments of SARS-CoV-2 virus proteins from a swab or sample. Its lab provides polymerase chain reaction (PCR) tests that employ a nasal swab collected by a trained nurse who goes on site.

Expensive, but a COVID-19 workaround that … works

Screening asymptomatic staff for the virus is part of the U.S. back-to-work agreement signed by film and stage workers including the International Alliance of Theatrical Stage Employees or IATSE in September of 2020.

That agreement stipulates the tests must be PCR diagnostic tests and conducted within 48 hours of employment. So a fast turnaround of this highly effective test is in great demand on set. This varies on Canadian sets, but the larger film companies roughly follow the U.S. agreement.

Omega Laboratories spokespeople say talks are ongoing with other film companies — and other government groups are also reaching out — looking to ramp up testing to keep productions rolling.

Hicks says he does not have permission to identify the film company it is currently servicing, but said people would recognize it, and it has several productions underway in the Vancouver area.

Dozens of tests for that company have turned up positive.

Gio Miletto, medical director for Omega Vancouver Laboratories, says the investment film companies are making to keep their employees safe is having the “knock-on” effect of screening out virus spreaders from the general community.

“We are finding the people that don’t have symptoms that are spreaders,” said Miletto.

The Ministry of Health said any COVID-19 tests, whether private or public, are reported in its online dashboard and positive cases must be reported to public health, which follows up with contact tracing. The ministry said testing can sometimes give false results, particularly in asymptomatic people or those in early stages of the illness. 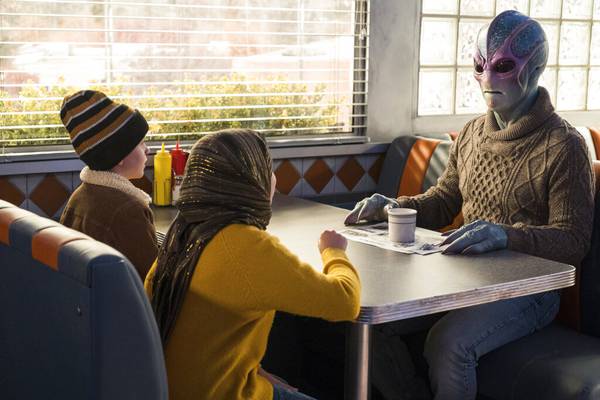