Kingston’s Little Theatre is likely to keep its set designs and props stacked and stored for much longer. Jamaica’s long-shuttered entertainment industry reopened last Wednesday but the production space and theatre movement will need more time before they are ready for curtain call.

By this time of the year, writers, directors, producers and thespians would be preparing themselves mentally for new productions, said Anya Gloudon-Nelson, a Little Theatre Movement (LTM) executive. Gloudon-Nelson takes on the big role of production coordinator and costume designer for many a national pantomime, which normally opens annually on Boxing Day, December 26, and culminates on Mother’s Day.

“However, as the LTM, we are not focused on laying the plans for the next pantomime but for rentals of the theatre space. We already have a game plan as to how the theatre space is set up to organise audience seating and flow. For productions, we will need way more knee time to get back up and running, or even walking [so] the focus is placed on facilitating other individuals or groups who are closer to ready,” she told The Gleaner.

Gloudon-Nelson added, “Usually, we would be in planning mode to host auditions in late August to September then to start rehearsals by the end of September into October, but we are literally looking through one eye drafting up the plans that this is what plan A, B, C, D could be and if push comes to shove, we may reach to plans L, M, N, O, P.”

Despite feeling the pinch in 2020, when the Ruckshon Junction pantomime production was cut short in March and again, after the summer when theatres and cinemas were allowed to reopen, Little Theatre had established the various protocols and structures, said the executive. Then – when forced to close the curtains and doors once more – thespians transitioned to the virtual stage.

“The issues we had with rehearsals were the curfew hours, then online, made it all the more challenging. Grub [Cooper] would be like, ‘sing la, la, la’ and a few seconds later everyone is shouting that one person or the other is muted or because a neighbour’s dog or the sound of a horn interferes, that person needs to be muted. Yet, we managed to do the virtual presentation and said we would work on a part two,” she said. “Whatever works out, we will once again make sure we have something for December 26, whether online or a small live show, with a smaller number of persons with even smaller returns. That is a plan E or F as opposed to G, H, and I.”

When theatre makes its comeback, social-distancing rules could hamper rehearsals and force the venues to sell fewer tickets and maybe more expensive tickets. Figuring out the next steps for the Little Theatre, Gloudon-Nelson said, does not mean there is a solution or a standard work plan that the sector can or will follow. For entertainment, there is a different premise for a book launch versus a brunch party or a stand-up comedy show, but with all areas of entertainment put under one umbrella, the good often suffers for the bad, she said. “I’m riding through the raindrops even though I’m a little bit nervous. Nobody is sure if we will open up, invest and try only to shut right back down in a month. Part of the difficulty is that entertainment is seen as one big lump as far as they’re concerned. So, if a party goes wrong, that is entertainment, that is everybody, and we shut down. That’s the unsettling part.”

Compared to the tourism sector, the LTM executive explained that there are flaws that exist, and the Government has managed to make that reopening work. She also noted that entertainment lacks the structure but that it “can be structured” as the majority of professionals who take their investment seriously do not plan on taking any chances. “They are going to have the proper protocols in place and are going to enforce it because they need the money. We have to manage to live with COVID-19 and the many variants that may become present, so the system needs to be adjusted for all.”

As a live art form and, more so, a business particularly affected by the pandemic, she expressed concern about her colleagues who have restructured their lives outside of the theatre, only for them to be uprooted. “It is this up and down, back and forth … that makes me scared this could blow up in we face. Truth is, the people who are unruly, unruly to begin with, the people who take the business serious, can’t be taken [into] account for those who want to keep a quick party to make a quick money. That is the part that will open us up to problem … where the prekeh is… .”

Writer-director Fabian Barracks said that the theatre’s comeback is not immediately foreseeable. “People will still be apprehensive [about being] in an enclosed, intimate space for two hours, breathing the same air with others.” He continued, “I think it will take another six months before people’s minds can get back to a place of feeling safe in a theatre environment. For me, the niche market being young people, I also expect some resistance from schools to organise field trips to the theatre spaces to watch the productions, as they may not want to expose students to any risks.”

A number of theatres put the shutters on their doors, including Barracks Theatre and Center Stage Theatre, and reopening would mean some production houses would have to rent venues or invest in retrofitting a space for theatre purposes, Barracks explained.

“I made an investment in 2019 to open Barracks Theatre on the premises of Olympia Crown Hotel. All that investment was wasted, and I do not intend to re-establish a space in Jamaica unless funding support is readily available. It was a really sad closure, and I don’t think I am prepared to lose another investment right away,” he shared.

Dufton Shepherd agreed that the timeline for theatres to reopen is impractical. He pointed out, not only do the theatres require maintenance and proper sanitisation, but that “in the field of performance art, productions takes months of planning and rehearsal”.

“We have to get the cast – auditions have to be carried out – wardrobe and set have to be made before anything resumes. So, the entertainment sector can open up yesterday or tomorrow; we can’t expect much until next year,” Shepherd said.

Ricky Gervais: 'The Office would be cancelled now'

Sat Jul 10 , 2021
“In The Business office, the audience are inspired to establish not with the ignorant Brent, but with the people Dawn and Tim, and the victims of Brent’s ill-conceived reviews are never racial or gendered caricatures, rather they are everyday, clever folks. Related Posts:Pantomime: a community drama with colour and music […] 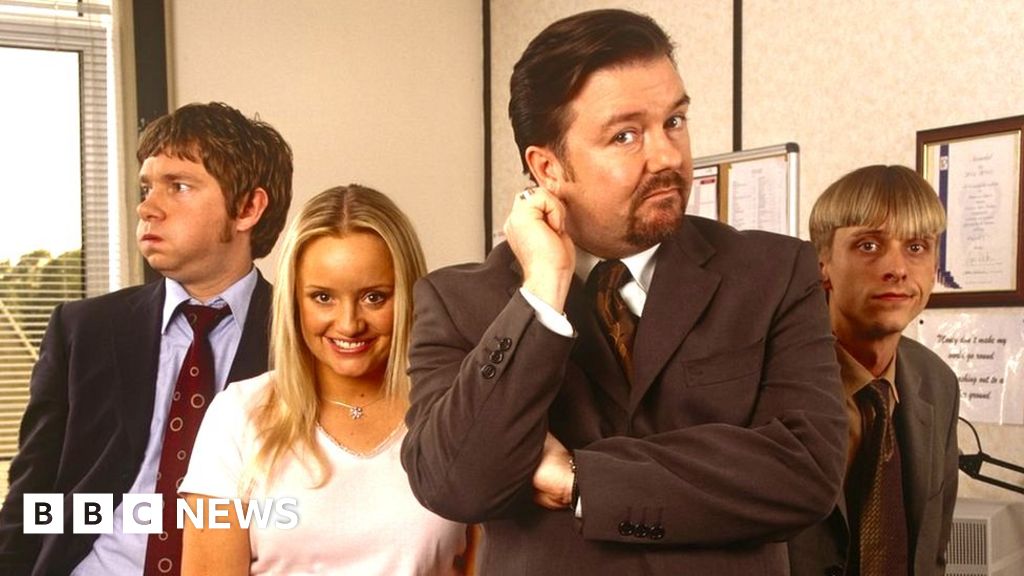