Indoor concerts are slowly coming back to life in Ontario, but venue owners say the latest COVID-19 guidelines will dampen any significant return to live music in the coming months.

However, venue owners say they were disappointed to learn the policies only apply to spaces with seating — mostly stadiums, arenas and theatres. That’s left smaller venues without seats unable to hold shows unless they install chairs, a move they say dramatically reduces capacity and makes some planned concerts unfeasible.

Erin Benjamin, chief executive of the Canadian Live Music Association, said the “vast majority” of concert venues are now in a tough spot. Most of the country’s live spaces are “general admission” venues, or standing room only, and tickets for many upcoming shows were sold with the idea ticketholders wouldn’t be seated.

At the Horseshoe Tavern in Toronto, putting seats into the standing space cuts the room’s capacity nearly in half to 250 people, said owner Jeff Cohen. That’s a major deterrent for bands, especially ones from outside the country, who can’t justify bankrolling a Canadian tour under those economics.

Cohen said independent concert promoter Collective Concerts, as well as Toronto venues Lee’s Palace and the Horseshoe, have cumulatively cancelled 53 shows over the past month after deciding the current seating rules made them impossible to hold.

“That’s a lot of workers, from sound techs to stage loaders not working, and artists having major holes on their tour,” he said.

“Toronto is often one of their highest paydays on their North American tour.”

Other venues across the province say they are struggling to keep acts on the schedule, too.

Paul Maxwell, owner of Waterloo, Ont. venue Maxwell’s, said it’s been “extremely challenging” to predict Ontario’s guidelines and sell tickets without knowing what might be allowed in the near future.

“How do we plan when the rules keep changing it seems like on a weekly basis?” he said of capacity restrictions.

“Having 50 per cent of revenue on anything that you’re normally used to is a big blow financially.”

Lisa Zbitnew, who operates Toronto’s Phoenix and Ottawa’s Bronson Centre Music Theatre, said many live acts would rather book shows in regions with more certainty around their COVID-19 guidelines than Ontario where venues are at reduced capacity. She’s already watched most of October’s concerts vacate the schedule and she’s staring down the rest of the calendar year with much uncertainty.

“These are shows that were announced back in the spring or summer, they’ve been on sale for a very long time, and many have sold to full capacity,” she said.

She expects more international acts will opt to reroute tours away from Canada and into border states early next year, while other performers may delay nationwide tours until there’s more certainty in Ontario.

Some Canadian artists are trying to find compromises that accommodate the venues, their fans and their budgets.

Sloan will play two back-to-back seated shows on the same night at the Phoenix next month. Together, the early and late performances will replicate ticket sales they would’ve pulled in at a single sold-out show before the pandemic.

But those plans don’t make sense for every concert venue.

The owners of History, a new Toronto space backed by rapper Drake, have decided the best option is to push their grand opening until at least November in hopes they can hold shows under more favourable conditions.

The 2,500-person room, which can accommodate general admission and seated events, was originally slated to welcome its first concert Oct. 22 with U.S. pop-punk band All Time Low, but the date was cancelled along with several others through the end of the month.

“History is not yet able to operate,” representatives for the business said in a statement.

“We are hopeful that restrictions will further ease in the coming weeks so we can get back to the concert experience we all know and love.”

Rian Malloch, manager of rock band Big Wreck, suggests there’s a “double standard” in the live entertainment industry that prioritizes sports and other big venue events over the future of live music in smaller venues.

Several days ago, he turned on the NHL season opener of the Toronto Maple Leafs versus the Montreal Canadiens and watched as several thousands of vaccinated, mostly masked fans gathered at Scotiabank Arena to root for their favourite team. The broadcast opened with the crowd belting out the national anthem from the stands.

“Part of me was incredibly happy just to see excited people jumping out of their seats, screaming and yelling when they scored a goal,” said Malloch, who owns management firm Skware Eyes Collaborative in Burlington, Ont.

“The other side of me is livid with the fact that they were given that opportunity when (most of) our industry is being held back from getting even half of that excitement.”

Mon Oct 18 , 2021
“Halloween Kills” could be offered to view at residence, but the hottest installment in the Michael Myers saga is producing a killing at the North American box business in its first weekend in theaters. The David Gordon Inexperienced-directed horror afraid up $50.4 million from 3,705 destinations, according to studio estimates […] 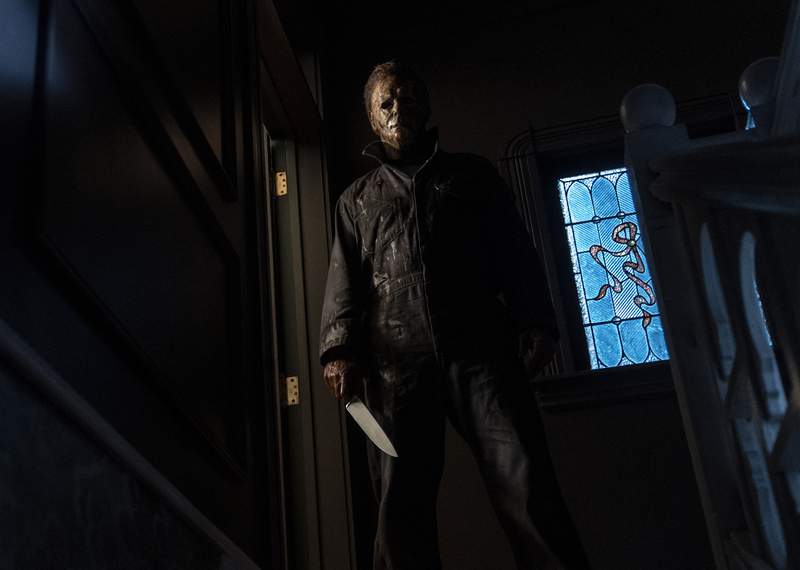