The CEO of Ozy Media on Monday called the company’s announcement last week that it was shutting down “premature” and that after meeting with advertisers and investors that it would continue to operate.

“We have something special here,” Carlos Watson told CNBC on Monday morning.

The board of directors of Ozy emailed a statement Friday saying the company was ceasing operations less than a week after a New York Times column raised questions about the media organization’s claims of millions of viewers and readers, while also pointing out a potential case of securities fraud.

The story triggered canceled shows, an internal investigation, investor concern and high-level departures at the company.

The Times story also said Ozy’s chief operating officer and co-founder, Samir Rao, impersonated a YouTube executive on a call with Goldman Sachs while attempting to raise money from the investment bank.

Regarding that call, Watson said: “I don’t know. I wasn’t there.” He then went on to say that they eventually “figured out what happened,” but did not explain further. “Look — it’s heartbreaking, it’s wrong, it’s not good, it’s not OK,” Watson said. “I love Goldman, I worked there, I’ve got a lot of friends there.”

Mountain View, California-based Ozy has long been accused of inflating its audience size. Watson claimed last week that Ozy had 25 million subscribers to its newsletter and 30 million YouTube views. The New York Times, with a much bigger brand presence, says it has 15 million newsletter readers, and it reported that fewer than 500,000 people went to Ozy’s website in June and July, according to Comscore data.

On Thursday, Marc Lasry, the hedge-fund billionaire and Milwaukee Bucks co-owner who had been named Ozy’s chairman in September, resigned, citing Ozy’s need for someone experienced in crisis management and investigations. He remained an investor.

A high-profile employee, former BBC anchor Katty Kay, resigned earlier in the week, and an early investor, a venture capital firm, gave up its Ozy shares. The board had reportedly hired a law firm to review Ozy’s business activities.

Cable network A&E pulled a special on mental health hosted by Watson that was scheduled for Monday night, and Watson stepped down from hosting a documentary Emmys awards show Wednesday night.

Even with all that took place last week, Watson said the company would move forward with the confidence of investors and advertisers.

“I very genuinely feel like we have a meaningful, important voice in what is maybe the most transformative decade in a half century,” Watson said Monday. “And I want Ozy to be around and be a part of it.”

Watson, a former cable-news commentator and host, founded Ozy in 2013.

The website Crunchbase, which tracks corporate fund-raising, said Ozy had raised more than $70 million US from investors as of late 2019.

Wed Oct 6 , 2021
Digital Artwork Images menggunakan Facebook. Colour copy ( gamut ) relies on the type and high quality of movie or sensor used and the quality of the optical system and film processing. Totally different movies and sensors have completely different coloration sensitivity; the photographer needs to know his tools, the […] 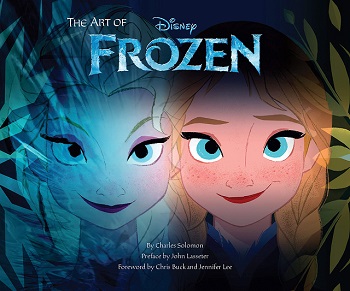