Over its 25-year-history, the Resident Evil survival horror games have had several fan-favourite heroines. Now with Resident Evil Village, out this week, it has a memorable villainess, too.

Promotional trailers released earlier this year featured one of its new antagonists, Lady Alcina Dimitrescu: an enormous, muscular vampire woman in a long white gown with a wide-brimmed hat, fingernails extending into vicious claws, and a devilish grin.

They professed their love for the character on social networks like Twitter and Instagram, posting elaborate cosplay and fan art — some of which crept into adults-only erotica.

Ash Parrish, a writer for the video game site Kotaku, instantly found the character “visually striking and interesting,” partly because she didn’t neatly fit into either the mould of a Resident Evil foe, or most female characters in big-budget video games.

“A Resident Evil villain, when you think of them, they’re gross and grimy, and hunched over and tattered and torn-looking, like they had just crawled out of a sewer or a pile of dead bodies,” she said.

None of these predecessors play that role with the fashion sense and panache of Dimitrescu, played by voice and performance actor Maggie Robertson.

“She’s very put together, and she’s almost way more menacing because of it,” Parrish said.

“It makes you feel like she could kill you without spilling a drop of blood on herself, which is very dangerous and appealing at the same time.”

He then specified that: “If you include her hat and high heels, she’s 2.9 metres (approximately nine feet, six inches) tall.”

In the early hours of Village, Lady Dimitrescu stalks the game’s hero Ethan Winters throughout the luridly decorated halls of her labyrinthine castle, flanked by three witch-like women she calls her “daughters.”

Attacking with conventional weaponry will have little effect but slow her down, as she takes a moment to readjust her hat.

That mixture of style and terror is a welcome twist on the formula, according to Toronto game designer Kaitlin Tremblay.

“She demands to fill space, and she does, and there’s something really cool about that, because women are often denied the ability to take up space, unapologetically. And I think people respond to this,” said Tremblay, lead narrative designer at Capy Games in Toronto.

“I think a lot of us, myself most definitely, actually identify a lot with monstrosity, as a way of acknowledging how we often sit outside of mainstream or traditional models of accepted identities.

“I think a lot of people are drawn to Lady Dimitrescu because her monstrosity is part of what makes her powerful.”

While the reaction to Dimitrescu has been widely positive, some critics are less impressed by some of the game’s other outlandish character designs.

Polygon’s Suriel Vazquez took issue with an overweight merchant named The Duke, calling him “the game’s worst character” and “a boring, eye-rolling caricature of a fat person.”

“As someone who’s struggled with their weight for most of their life, I found The Duke’s portrayal a frustrating reminder that yes, people still see the overweight as grotesque and slovenly,” Vazquez wrote.

A history of heroines

Dimistrescu isn’t the only woman to make an impression throughout Resident Evil’s history.

In the first game, released in 1996, players could choose to play as either Chris Redfield or Jill Valentine, with whomever they chose taking the leading role. The setup continued in 1998’s follow-up with their next duo Claire Redfield and Leon Kennedy.

“She was everything that 14-year-old me wanted and needed.”

The characters were her inroads to a years-long appreciation of the series.

“It was good, campy horror, and it was everything the budding horror writer in me wanted. But I never would’ve started playing them if it wasn’t Claire and Jill as playable characters.”

Parrish also noted gaming’s long history of playable heroines. But it’s only recently that players have seen “different kinds of female characters,” whether it be their appearance, ethnicity, or body type.

She cited Zarya, a fighter with a bodybuilder’s physique in Overwatch, and Bayonetta, a lanky, flamboyant witch from the games of the same name, as examples.

“[Dimitrescu] kind of dovetailed nicely with this whole, you know, changing of the culture with how we talk about female sexuality and how we talk about what about women that we find appealing,” she explained.

Given the explosion of interest in the leadup to Village‘s release, players might be disappointed to learn that Dimitrescu doesn’t play an extended role over the course of the game’s roughly 10-hour runtime.

But Parrish says it’s entirely possible the character could make a return in future instalments.

“Women are allowed to be these incredible villains, as well as heroes, and it’s heartening to see her being treated that way,” Tremblay said of the character’s marketing push.

Sun May 9 , 2021
Digital Artwork Photography menggunakan Fb. To be an artist, subsequently, is to do what makes us come alive. We are artists after we do the work that makes the whole lot slightly simpler, a little less flat, just a little extra sincere. Digital Pictures College has a growing range of […] 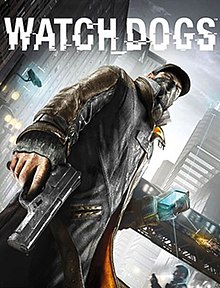