Just days after the banning of Maus by a Tennessee school district made national news, two editions of Art Spiegelman’s Pulitzer Prize-winning graphic novel about the Holocaust have reached the top 20 on Amazon.com and are in limited supply.

Maus was No. 12 on Amazon as of early Friday evening, and it was not available for delivery until mid-February.

The Complete Maus, which includes a second volume, was No. 9 and out of stock.

Neither book was in the top 1,000 at the beginning of the week.

Earlier this month, the McMinn County School Board in Tennessee voted to remove Maus due to “inappropriate language” and an illustration of a nude woman, according to minutes from a board meeting.

Graphic novelist and Pulitzer Prize winner Art Spiegelman talks about graphic novels and explains the inspiration behind some of his best known works, including Maus. 10:23

Spiegelman’s autobiographical book, winner of a Pulitzer in 1992, tells of his father’s experiences as a Holocaust survivor.

In an interview, Spiegelman told CNBC he was “baffled” by the school board’s decision and called the action “Orwellian.”

The decision comes as conservative officials across the U.S. have increasingly tried to limit the type of books that children are exposed to, including those that address structural racism and LGBTQ issues.

‘It is not wise or healthy’

The minutes from the school board meeting indicate objections over some of the language used in Maus.

Initially, director of schools Lee Parkison suggested redacting it “to get rid of the eight curse words and the picture of the woman that was objected to.”

Minutes of the meeting show that board members emphasized they did not object to teaching about the Holocaust but that some were concerned the work was not age-appropriate.

Although they discussed redacting parts of the book, that led to copyright concerns, and board members ultimately decided to look for an alternative book about the subject.

“It shows people hanging, it shows them killing kids, why does the educational system promote this kind of stuff? It is not wise or healthy,” board member Tony Allman said about the book, which was part of the district’s eighth-grade English language arts curriculum.

Instructional supervisor Julie Goodin, a former history teacher, said she thought the graphic novel was a good way to depict a horrific event.

“It’s hard for this generation, these kids don’t even know 9/11, they were not even born,” Goodin said.

“Are the words objectionable? Yes, there is no one that thinks they aren’t. But by taking away the first part, it’s not changing the meaning of what he is trying to portray.”

The U.S. Holocaust Museum posted on Twitter that “Maus has played a vital role in educating about the Holocaust through sharing detailed and personal experiences of victims and survivors.

“Teaching about the Holocaust using books like Maus can inspire students to think critically about the past and their own roles and responsibilities today.”

Sun Jan 30 , 2022
Joe Jenkins has turned his passion for piano-taking part in into a complete-time profession on YouTube. The 20-calendar year-previous from Bristol has attained 3.9 million subscribers taking part in songs from video clip game titles, movies, memes and anime displays in uncommon sites. He’s taken his piano on a boat, […] 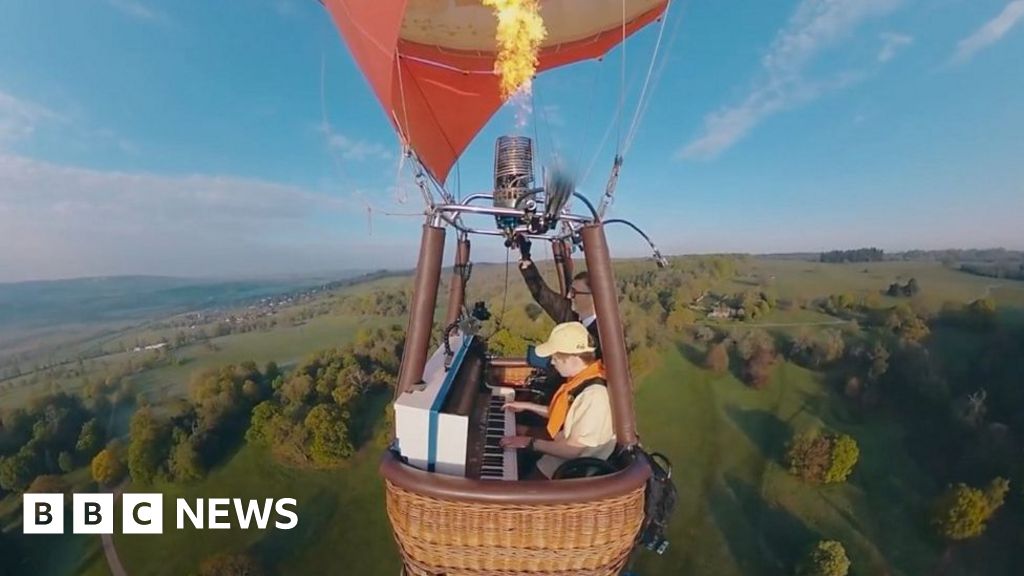