Schitt’s Creek won the Golden Globe for best television series, musical or comedy, on Sunday, shortly after star Catherine O’Hara captured the award for best actress for her portrayal of Moira Rose.

Series co-creator Dan Levy accepted the award remotely for the show and paid homage to the Canadian cast and crew. “The incredible work you all did over these past six seasons have taken us to places we never thought possible, and we are so grateful to all of you for it,” he said.

“Thank you to the CBC and Pop TV for making the active choice to keep this show on the air and give it the time and space it needed to grow.”

The show topped fellow nominees Ted Lasso, The Great, The Flight Attendant and Emily in Paris.

“This acknowledgement is a lovely vote of confidence in the messages Schitt’s Creek has come to stand for: the idea that inclusion can bring about growth and love to a community,” Dan Levy said.

“In the spirit of inclusion, I hope that this time next year, the ceremony reflects the true breadth and diversity of the film and television being made today because there is so much more to be celebrated.”

Earlier, O’Hara thanked Eugene and Dan Levy for creating “an inspiring, funny, beautiful family love story in which they let me wear 100 wigs and speak like an alien.”

“Thank you CBC for making this show in Canada,” she said.

Schitt’s Creek, which aired on CBC and Pop TV, ended its sixth and final season last April. The Ontario-shot show swept the comedy category at the Emmy Awards last fall.

The film follows a woman, played by Frances McDormand, who leaves her small town to join a group of wanderers in the American West.

In a major surprise, the Globe for best actress in a drama film went to Andra Day in The United States vs. Billie Holiday. Day played the legendary jazz and blues singer in the biopic directed by Lee Daniels.

A tearful and overwhelmed Day spoke through tears as she said she was “in the presence of giants,” naming her fellow nominees Viola Davis, Carey Mulligan, Vanessa Kirby and Frances McDormand.

Six months after his death at age 43, Chadwick Boseman won the Golden Globe for best actor in a dramatic film for his final role in Ma Rainey’s Black Bottom.

Through tears, Ledward added: “I don’t have his words, but we have to take all the moments to celebrate those we love.”

In the Netflix film, Boseman plays an ambitious trumpeter named Levee who aims to launch himself with his own updated version of the songs of Ma Rainey, the powerhouse blues singer played by Viola Davis.

Boseman, who starred in the Marvel blockbuster “Black Panther,” died in August after privately battling colon cancer for four years.

Netflix, which came in with a commanding 42 nominations, won the top TV awards. The Crown, as expected, took best drama series, along with acting wins for Anderson, Josh O’Connor and Emma Corrin. O’Connor and Corrin portrayed Prince Charles and Princess Diana, respectively.

Jodie Foster, meanwhile, won her first Golden Globe in nearly three decades. Foster won the Globe for best supporting actress in a film for her role in The Mauritanian.

Jane Fonda accepted the Cecil B. DeMille Award, praising the “community of storytellers” for their vital role in troubled times, and calling for greater diversity in Hollywood.

The 83-year-old actor and activist, star of Barbarella, Klute, Coming Home, On Golden Pond and 9 to 5, received the Globes’ version of a lifetime achievement award, one of the few honorees to accept a Globe in person in Beverly Hills.

Norman Lear accepted the Carol Burnett Award on Sunday at the Golden Globes for his storied career in television, saying he “could not feel more blessed.”

The 98-year-old still-working television legend, creator of All in the Family, The Jeffersons and One Day at a Time, is the third winner of the award that honours “outstanding contributions to television on or off the screen.”

With Poehler at the Beverly Hilton in Beverly Hills, Calif., and Fey in New York’s Rainbow Room, the two did an initial gag where Fey reached out through the screen and stroked Poehler’s hair.

When attendees would normally be streaming down the red carpet on Sunday evening, many stars were instead posing virtually. Regina King, resplendent in a dazzling dress, stood before her yawning dog. Carey Mulligan, nominated for Promising Young Woman, said from a London hotel room that she was wearing heels for the first time in more than a year.

Lee Isaac Chung, writer-director of the tender Korean-American family drama Minari (a movie the HFPA was criticized for ruling ineligible for its top award because of its non-English dialogue), accepted the award for best foreign language film while his young daughter embraced him. “She’s the reason I made this film,” said Chung.

Other awards included Pixar’s Soul for best animated film; Rosumund Pike took best actress in a comedy or musical film for I Care a Lot; and Aaron Sorkin won for best screenplay for Trial of the Chicago 7. The film, a favourite to win best drama film at the Globes, was sold to Netflix by Paramount Pictures last summer due to the pandemic. “Netflix saved our lives,” said Sorkin.

Issues in lead-up to show

On a night when the organization that gives out the Golden Globes is facing condemnation for having no Black voting members, the night’s first award went to a Black actor, with Daniel Kaluuya winning best supporting actor in a film for his work in Judas and the Black Messiah.

Kaluuya’s acceptance speech could not be heard from his location at first, and he jokingly shouted, “You did me dirty!” once the audio was restored.

Kaluuya didn’t mention the issue directly in his acceptance, though he praised the man he played to win the award, Blank Panther leader Fred Hampton, who was was killed in an FBI raid in 1969.

The Globes, normally a loose-and-boozy party that serves as the kickoff for Hollywood’s awards season, has been beset with problems beyond the coronavirus leading up to this year’s ceremony. They include a revelation in the Los Angeles Times that the Hollywood Foreign Press Association, which gives out the awards, has no Black voting members in the group.

Fey took a shot at the organization in the show opening, explaining to the two small live audiences made up of first responders and essential workers that “the Hollywood Foreign Press Association is made up of around 90 no Black journalists.”

This year, none of the most acclaimed Black-led films — Ma Rainey’s Black Bottom, One Night in Miami, Judas and the Black Messiah and Da 5 Bloods — were nominated for the Globes’ best picture award. With the HFPA potentially fighting for its Hollywood life, Sunday’s Globes were part apology tour.

Within the first half hour of the NBC telecast, members of the press association also appeared on stage to pledge change. “We recognize we have our own work to do,” said vice president Helen Hoehne. “We must have Black journalists in our organization.”

'Chariots of Fire,' 'Lord of the Rings' actor Ian Holm dies at 88

Tue Mar 2 , 2021
LONDON — Ian Holm, an acclaimed British actor whose lengthy profession incorporated roles in ‘Chariots of Fire’ and ‘The Lord of the Rings’ has died. He was 88. Holm died peacefully Friday early morning in a healthcare facility, surrounded by his family members and carer, his agent, Alex Irwin, claimed […] 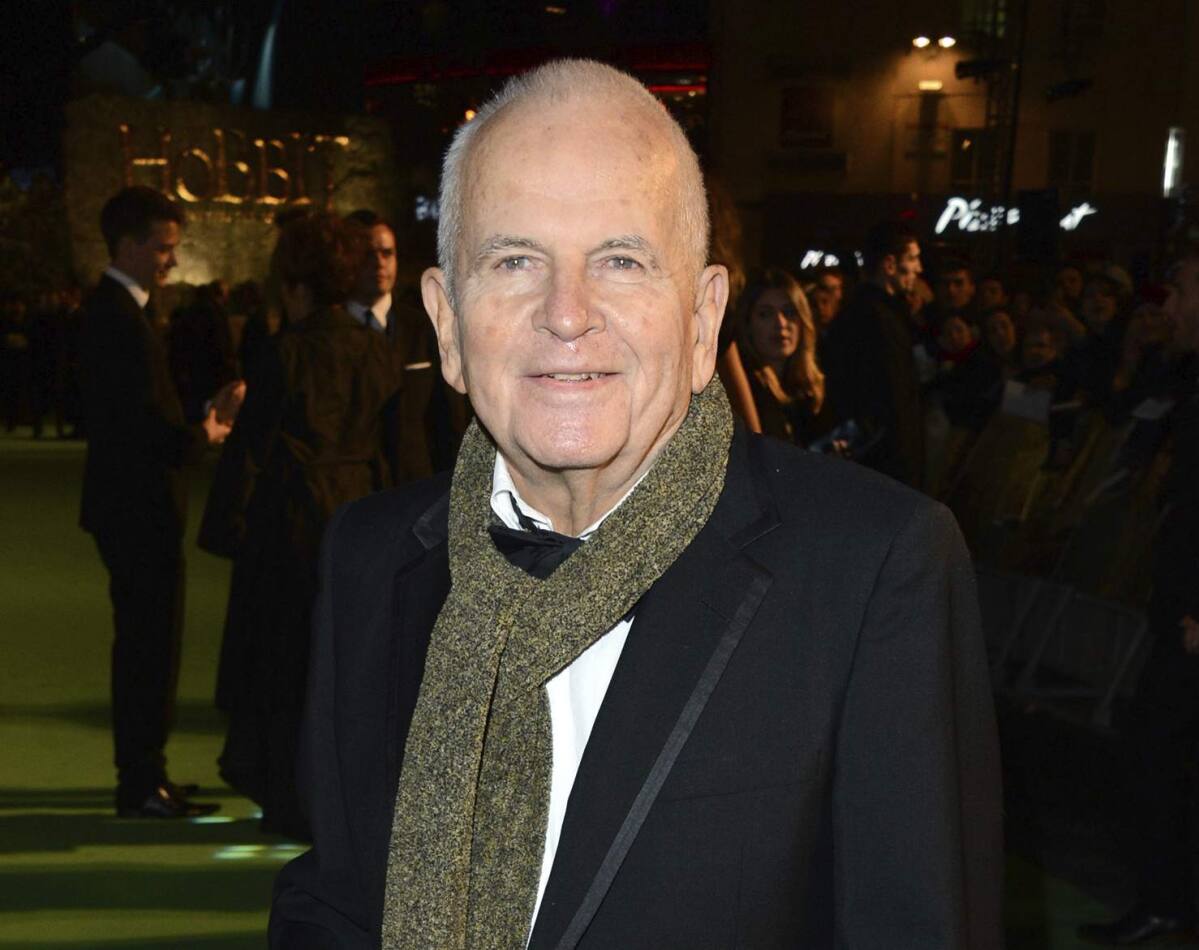