Fourteen people just found out that one of their distant cousins probably painted the Mona Lisa.

Researchers with Rockefeller University’s Leonardo Da Vinci DNA Project in New York have pored through 620 years worth of documentation in order to trace the male lineage of artist Leonardo da Vinci, and believe they have found 14 of his living relatives.

The relatives range in age from one to 85, and include farmers, office workers, an upholsterer, a porcelain seller, a pilot and an artist. And most were “close to ecstatic” when they learned about the famed genius in their family tree, says Jesse Ausubel, head of the project.

“One of the likely descendants is a pilot who likes to fly airplanes. Leonardo, of course, was famous for his fascination with flight and the possibility of human flight. Another is a visual artist, a painter. And of course, having a connection to Leonardo as an artist is thrilling,” Ausubel told As It Happens guest host Duncan McCue.

The study, led by art historians Alessandro Vezzosi and Agnese Sabato, was published this week in the journal Human Evolution.

Da Vinci was born in the Tuscan town of Vinci in 1452 to unwed parents, and little is known about his mother. He died in Amboise, France, in 1519, with no children of his own.

But he did have an estimated 22 half-siblings, 17 from his father’s side.

In this study, the researchers focused on Da Vinci’s male lineage, or more specifically, those who share the artist’s Y chromosome, which can remain unchanged for as many as 25 generations.

The researchers traced five branches of Da Vinci’s family tree from his father, ser Piero, and one of his half-brothers, Domenico, using documentation like baptismal records, church records and wills. Overall, they covered 21 generations from four branches of the family tree.

But Ausubel cautioned that just because someone is listed as a biological father on a document does not necessarily make it so.

The next step is to test the 14 people’s DNA and compare their Y chromosomes with those of their ancestors in ancient and modern burial sites.

“We hope all 14 will turn out to be biologically related. If some of them are not, then it raises the question of whether there was, so to say, a travelling salesman who may have intervened somewhere in the lineages,” he said.

The Leonardo Da Vinci DNA Project hopes to one day find an actual sample of Da Vinci’s DNA, possibly in one of his notebooks that are housed in museums and libraries around the world.

“But how would we know that that DNA is from Leonardo da Vinci? Well, if it matches the DNA of the descendants of his half-brothers, then we know it’s Da Vinci DNA,” he said.

Ausubel said there are a number of reasons researchers are fascinated with the idea of unlocking Da Vinci’s DNA. Part of it, he said, is about better understanding his genius and his vision — the latter, quite literally.

“Leonardo had extraordinary visual acuity, extraordinary eyesight, both in space and time. If you blow up the drawings he made, including very small drawings, you can magnify them 10, 20, 50 times and they’re still perfect. So the spatial resolution that he had in his eyesight was fantastic. And similarly, the temporal resolution. He saw birds in flight. He saw dragonflies in flight. He saw the motion of water. These are things that most of us can’t see,” he said.

“He saw in ways that, let’s say, the best baseball player or the best soccer goalie might see. So one of the real things that we might learn [about] one of the most important outliers in human history for visual acuity [is]what genetics characterize that individual.”

Another reason, he said, is to solve artistic mysteries and properly attribute works of unknown origin.

“It may be possible to use DNA evidence in a very positive way to affirm the authorship of a work of art. So we’re quite excited about this as a new form of evidence that could be used  to create links between works that are anonymous or controversial and the actual makers,” he said.

“Overall, the project is an attempt to bring together biology and art.”

But ultimately, he says, Da Vinci was more than his genetics.

“Leonardo is infinite. Leonardo is like the stars in the sky or like the oceans,” Ausubel said.

Sat Jul 10 , 2021
In some cases the evidence of a restaurant’s top quality is just too much to handle. And in the situation of Vic & Anthony’s Steakhouse at Golden Nugget, it is scenario shut. The earth-course restaurant is acknowledged across the country, in Atlantic Town, Houston and Lake Charles, La., but its […] 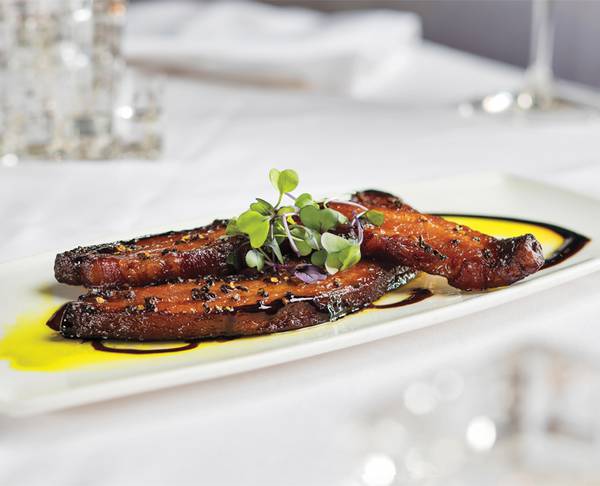