If there were ever an artist equipped to handle the isolation many people have felt throughout the pandemic, it was Rork Maiellano. He has been sitting with himself for most of his life, sometimes by circumstance, sometimes by design, sometimes by necessity.

“Even before everyone had to go into quarantine I had started really expressing my introversion,” says Maiellano, whose fantastical, storybook-like illustrations delve deep into the complexities of archetype and symbolism.

“I don’t feel like I’m in a place where being a social butterfly feels good anymore, it hasn’t for a while,” he says. “So in a way I think I was suited, I was ready to be alone and have a lot of alone time.” 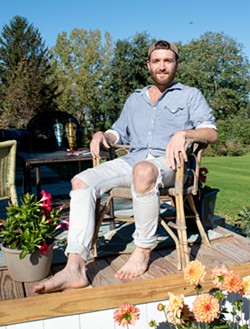 Whatever the motivation for his solitude, Maiellano has not squandered his alone time.

In October, he was commissioned to paint a mural at the landmark Statler City building in downtown Buffalo for The Witches Ball, an annual immersive Halloween experience featuring local artists, actors, musicians, and mediums. That same month, he was the resident tarot reader at The Yards Collective’s Spectral Carnival. Earlier in the year, he found work creating the dreamy album cover for the re-release of The Pax Cecilia’s “Nouveau.”

Maiellano, 35, grew up gay in the small Genesee County town of Pavilion, where he began showing an aptitude for drawing at the age of 3. His parents nurtured his talent, at first by hiring art tutors and, when he was in high school, by introducing him to nude figure-drawing classes.

After graduating from SUNY Purchase in 2008, he moved to Rochester. There was a time, Maiellano recalls, that his art fell to the side because he felt as though he was creating the same thing over and over and not challenging himself.

Four years ago, however, in tandem with pre-pandemic seclusion, he focused on his art, with a stronger desire and willingness to commit to the arduous process of creating his best work. As the health crisis struck and stuck around, that creative focus crystalized. 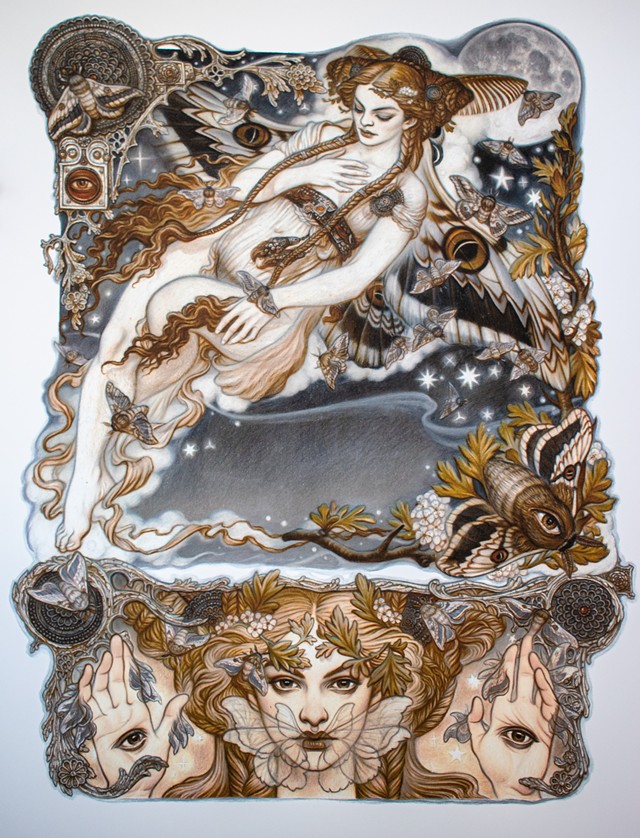 “I’ve been surprising myself with it,” he says, closing his eyes each time he speaks, as if looking deeply inward. “I’ve refound a flow, which has been a crazy feeling.”
These days, he splits his time between the city and his parents’ home in Pavilion, spending much of his time focusing on making painstakingly detailed illustrations.

The work, he says, is meditative and tedious.

Each work is the result of countless hours creating layers of colorful marks that bring a rich dimension to the images. His Instagram account shows several finished pieces and works-in-progress that reveal the process from sketch to finished piece.

His drawings are complex, often featuring scenes that look like they could accompany Victorian-era fairytales, and balance arrangements of human faces and figures that allude to symbols of good and evil.

“It’s incredibly repetitious and labor-intensive,” Maiellano says. “But I love the tedium. I love pushing myself to sit through that agitation and frustration, and I also hate it, when I’m going through it, but it’s so worth it in the end, because of what can be made.”

One recent work, “Serpentine,” features a trio of ornately adorned faces surrounded by lush foliage, angels with wings aflutter, flaming hearts, bones, branches, and cathedral-like architecture. It’s all framed by an ouroboros, the emblematic serpent with its tail in its mouth, forever simultaneously cannibalizing itself and being reborn.

Details abound and emerge the longer you look at the work. On the largest faces, the scales of a snake appear on the hollows of the cheeks. Two of the heads have thin, forked tongues flicking at the air. But all of that holy and unholy imagery is part of a perfect whole, not engaged in a power struggle.

Maiellano posted this work on his Instagram account in late September with a caption that read, “I think this time is inviting us to own our own complexity; our shadows AND our light. To not demand that we see ourselves as just ‘good’ or just ‘bad,’ and to offer the same to one another.”

When I first met Maiellano in 2014, he didn’t seem nearly as centered and certain of his work as he does now.

Then, as a resident artist at The Yards, he was experimenting with the idea that the personal connection of a conversation could be an art medium. He recorded conversations with friends and strangers at the Public Market, hoping that the process of relating would ground him and others in connection and compassion.

The conversations at times touched on mutual vulnerabilities and yielded a trip down dark, emotional roads. In some magical moments, he and his conversational partners unabashedly discussed opportunities for personal growth.

Today, Maiellano says he revels in aspects of himself that used to bring confusion and shame — in particular his sexuality and propensity for being alone with himself.

“I think it’s great to be queer,” he says. “There’s a mysticism built in, you know. I feel like being queer and having to hide a lot as a kid made me very introspective, and connect to a very deep part of myself that I think is very protective. I think it’s the voice of my intuition. And it’s a very loving voice. It hasn’t always been.”

He’s still pursuing deep conversations, now using tarot readings as a vehicle for connecting with strangers and friends, and providing an ear for them to talk about whatever they need to discuss. A good tarot reading can function like cheap but effective therapy.

Maiellano’s new artwork merges his interest in embracing both the beauty and the darkness of the human condition.

The end of his Instagram caption for “Serpentine” could easily serve as his artist statement: “To make an art of relating, and to be each other’s keeper; stewards, as much as we can, each to each, even when it feels scary.”

Rebecca Rafferty is CITY’s life editor, and can be reached at [email protected]

Private Eye at 60: Is politics now too strange for satire?

Tue Nov 2 , 2021
Non-public Eye is very best-regarded for jokes, satire and investigative journalism. And as Britain’s very best-marketing information and recent affairs journal, it is risen in circulation whilst print media has fallen. But do characteristics like Glenda Slagg stand the exam of time? And is it difficult to satirise politicians in […] 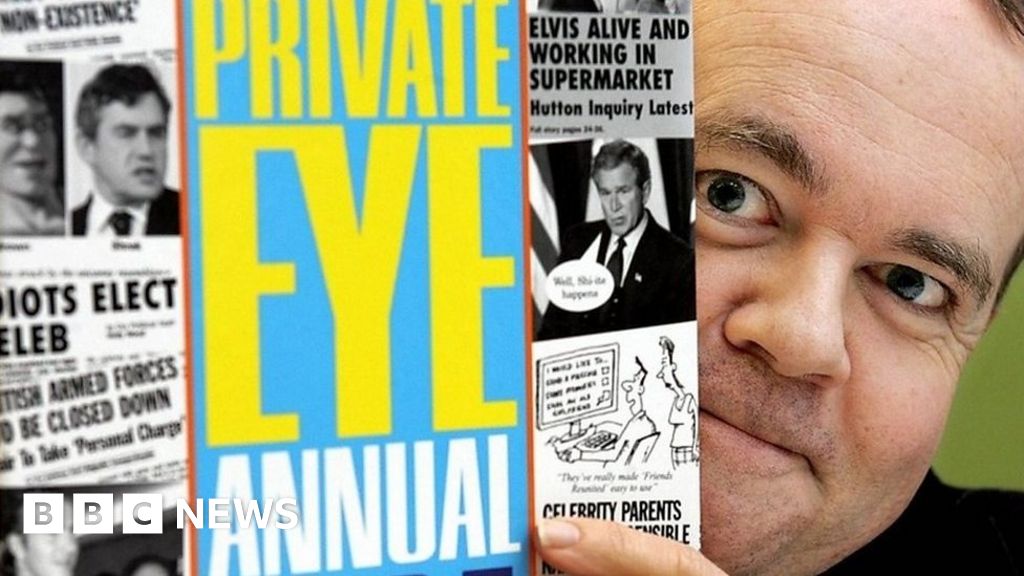