Nomadland, the spare and fact-based drama of a group of struggling Americans living off the grid; the vivid blueswoman biopic “Ma Rainey’s Black Bottom”; the family-happy fish-out-of-water fable “Minari”; writer-director-actress Radha Blank and her biting showbiz satire “The Forty-Year-Old Version,” the death-to-misogyny revenge thriller “Promising Young Woman”; and the urgent human-rights documentaries “Disclosure” and “Welcome to Chechnya” all scored more than one Dorian Award from GALECA: The Society of LGBTQ Entertainment Critics last night via a televised special.

Boseman was “such an incredible human, scholar, humanitarian, and a really wonderful actor,” said “Ma Rainey’s” costar Colman Domingo, accepting via a recorded video on behalf of Boseman and his family. “Creating complex roles about the African-American experience, and about people who are marginalized in society and trying to stand up and have a strong voice, fighting for representation—that is Chadwick Boseman’s legacy.”

“Promising Young Woman” star Carey Mulligan, fascinatingly mischievous as a woman out to avenge the death of a female friend, and the mystery’s witty screenwriter, Emerald Fennell, both delighted with their humble acceptance videos for Best Film Performance—Actress and Best Screenplay, respectively. “I’m just so happy that (Woman) has resonated, and I’m so grateful to (Fennell) for inviting me along for the ride,” said Mulligan. Fennell, meanwhile, graciously spoke of her “admiration for (GALECA’s) members.”

In homage to Oscar Wilde’s novel The Picture of Dorian Gray, GALECA’s Dorian “trophies” are actually small pop-art portraits of the winner (sometimes in character) or a rendering of a memorable scene from the champion title (the pieces, fashioned from an existing photo, come with an easel). “This might be the coolest prize I’ve ever seen,” said Mulligan, holding up her Dorian. Fennell, taking a moment to lift the little velvet drape that covers each award when first received, called the art piece “amazing” and quipped that the artist (Jason Young) was “kind in giving me cheekbones.”

Chloé Zhao said her Dorian for directing “Nomadland” is “deeply meaningful” because “Oscar Wilde is one of my greatest heroes,” and because the film speaks to so many segments of society facing tough times. “Nomadland is about a woman who goes on a journey of grief and healing and ultimately of self-discovery and self-acceptance.”

Jessie Tyler Ferguson and Laverne Cox, both performers who’ve taken to producing documentaries, saw their respective projects, “Welcome to Chechnya” and “Disclosure,” tie for the win in two categories: Best Documentary and Best LGBTQ Documentary. A grave Ferguson said Chechnya, which details the persecution of LGBTQ people in the Eastern European republic, is about “people fighting genocide.” Cox, in discussing her film’s look at the history of transgender representation on screen, noted that “2020 was the deadliest year on record for trans people. We have to continue to highlight the humanity of trans people in the face of us being dehumanized.”

Also speaking truth to power, Best Supporting Performance—Actor winner Daniel Kaluuya, honored for his portrayal of martyred Black Panther Party leader Fred Hampton in “Judas and the Black Messiah,” said he was glad that more people were learning about what Hampton “stood for, what he believed, and what he did for the Black community and the community at large. I really hope that he continues to live on in everyone’s hearts and minds.”

The Wilde Artist Award, meant for “a truly groundbreaking force in entertainment,” went to singer-songwriter-actress-humanitarian Dolly Parton, whose memorable role in the landmark feminist comedy “9 to 5” has generated revived interest just as she made headlines for her deep-pocketed advocacy in helping get Americans vaccinated during the pandemic.

“Thank you to all the members of the Society of LGBTQ Entertainment Critics for this lovely Wilde Artist award,” Parton relayed in statement via her publicist. “I’m not sure I’m as edgy as past winners (in the Wilde Artist category) like Todd Haynes, Kate McKinnon, Lin-Manuel Miranda and Jordan Peele—but I am honored and humbled. I appreciate all of you entertainment journalists who are so passionate and are working so hard. Keep up the good work!”

Paying tribute to Jordan in video form ahead of a segment featuring the star himself: “Billie Holiday’s” director Lee Daniels, Cheyenne Jackson (Jordan’s costar in the Fox sitcom “Call Me Kat”), Beth Grant (sharing a ribald behind-the-scenes story back from their days filming 2000’s cult hit Sordid Lives) and Leslie Grossman (a pal from TV’s “American Horror Story 1984”). Summed up Grossman about Jordan’s accomplishments, including a new gospel CD: “At a time when our world is as divided as it’s ever been, there is one thing that everybody can agree on and that is their love for Leslie Jordan. You’ve done it all: Book, television, movies, social media, an album . . . and we know you’re just getting started.”

In perhaps the Wilde-est portion of the Toast, fun-loving entertainer Charo presented the Campiest Flick honors with her usual gusto—and Rachel McAdams, star of the winning title, “Eurovision Song Contest: The Story of Fire Saga,” popped up to accept with a knowing wink. Her costar Will Ferrell, she kidded, considers the movie “as a serious drama, a thespian’s opus, so he might be a little pissed.” Not to be outdone, celebrity impressionist extraordinaire Chad Michaels (“RuPaul’s Drag Race”) evinced his favorite stars, from Joan Crawford to Cher.

Even GALECA members got the star treatment in the special, which included a half-hour pre-show. A couple dozen critics and journalists from the group discussed the nominees in choice categories, while groundbreaking media fixtures Jane Velez-Mitchell, Judy Wieder, Bobby Rivers and legendary film critic Kevin Thomas—all on the Society’s Advisory Board—shared thoughts on some of their all-time favorite films.

Yet another highlight: Singer Morgan Mallory also performed an original song, “Look Into The Light,” a tribute to the power of film written and composed by Karel and Mallory.

The show was co-written and executive produced by Karel, and coproduced by Brandon Riley Miller (“Life in Segments,” “High”) and John Griffiths for GALECA.

(to a truly groundbreaking force in entertainment)

For creating art that inspires empathy, truth and equity

Honoring an actor or performer whose exemplary career has been marked by character, wisdom and wit

GALECA: The Society of LGBTQ Entertainment Critics’ Dorian Awards, now in their 12th year, go to all of film and TV, mainstream to LGBTQ, reminding bigots, bullies and at-risk youth that the world looks to the queer eye for leads on great and unique entertainment. The organization currently includes approximately 290 members in all—professional journalists and culture leaders—across the U.S., Canada, Australia, U.K. and beyond.

For more information about the Society, visit GALECA.org and DoriansToast.com. Please support the group’s efforts, from meaningful film and TV panels to LGBTQ youth outreach, by following @DorianAwards on Twitter, Facebook and Instagram.

Karel (Charles Karel Bouley) is a history-making broadcaster, having hosted on the #1 talk station in the country, LA’s KFI AM 640 and then the #1 talk station in San Francisco and the West Coast, KGO AM 810. He is also a stage performer, comic, singer, actor, producer and journalist featured in some of the largest publications and websites in the world. He produced and starred in “Life In Segments” for four seasons (56 episodes) on Free Speech TV and now produces and hosts The Dorians Film and TV Toasts awards programs for GALECA: The Society of LGBTQ Entertainment Critics. He continues podcasting three times weekly with the Karel Cast, and in 2020 released the single “Married Men” on his own label. Most of all, he’s a dog dad to Ember, #EmberDoes_Vegas and the duo lives, works and walks in Las Vegas, NV.

Stoli Group USA, LLC is a U.S. importer and marketer of alcoholic beverages, headquartered in New York City. Formed in 2013, Stoli Group USA is a subsidiary of SPI Group, based in Luxembourg, one of the world’s most dynamic wine and spirits organizations.

Wed Apr 21 , 2021
Fifteen a long time ago, Apple Inc. played a significant function in bringing podcasts to the mainstream, providing a way to distribute cost-free audio packages to the masses. Considering the fact that then, rivals this kind of as Spotify have been chipping absent at Apple’s territory by supplying podcasts special […] 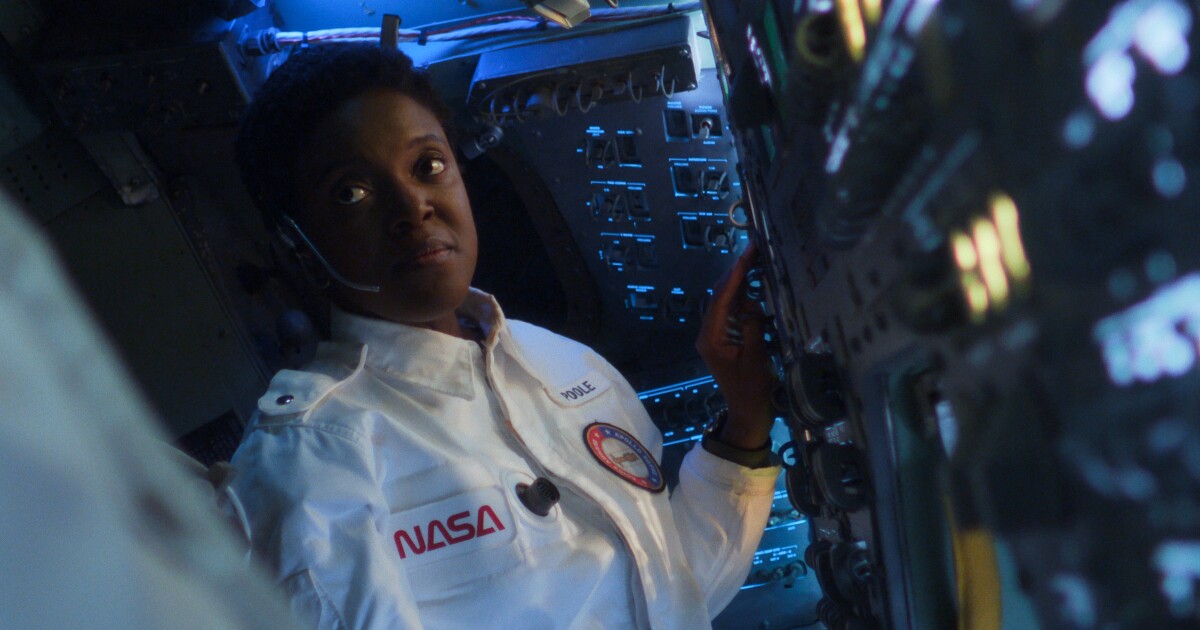