When the 2021 Grammy Award nominations were announced in November, thousands of people were stunned to see that The Weeknd — one of the most commercially and critically successful artists of the past year — was not nominated for any awards.

While The Weeknd (real name Abel Tesfaye) and his team had basically allowed the situation to die down in recent weeks, it flared up again on the Thursday before the Grammys. In a statement to The New York Times, he said that he will boycott the awards, at least until change is instituted.

“Because of the secret committees,” The Weeknd said, “I will no longer allow my label to submit my music to the Grammys.”

Those “secret committees” are a group of industry veterans, executives and artists who determine the nominees in certain categories. The work of the committees was singled out in a legal complaint by Deborah Dugan — who in January of last year was ousted as president and CEO of the Recording Academy after just eight months — as a symbol of longstanding corruption within the Grammy bureaucracy.

It is possible that The Weeknd simply didn’t earn enough votes to be nominated at the Grammys, instead of the committees vetoing him.

But since his music saw massive success in 2020 — his Blinding Lights recently surpassed one year in the Top 10 of Billboard’s Hot 100 chart — multiple theories have been raised about why he was excluded. Soon after the nominations were announced, some fans posited that organizers simply didn’t want The Weeknd to perform at both the Grammys and the Super Bowl.

The Weeknd was announced as the 2021 Super Bowl halftime performer in November of last year, making him the first Canadian solo act to headline. The two shows were originally scheduled just a week apart, but the Grammys were subsequently moved from Jan. 31 to March 14 due to a coronavirus spike in Southern California.

But the theory that the snub was due to scheduling issues is made even more confusing by the fact that The Weeknd, the NFL, CBS (which broadcasts both the Grammys and the Super Bowl) and Super Bowl halftime advisor Roc Nation held extensive meetings and worked out the situation so that he could do both — only to have the situation become moot days later, when The Weeknd was excluded from the nominations and effectively out of the running to be a performer on the show.

Asked about the snub by Variety on the day the nominations were announced, interim Grammy chief Harvey Mason Jr., who replaced Dugan, declined to find fault with the Academy’s process.

“It really just comes down to the voting body that decides,” Mason said. “We have eight nomination slots to fill in [the “Big Four” categories: best album, song, record and new artist], five in others, and the voters vote for their favourites.”

Asked again about the situation earlier this week, Mason told Variety: “Some of it was [decided by] the nominating committees and some was the voting body, because some of the awards he was eligible for did not have nominating committees, so it was a combination of both. But again, it’s unfortunate, we never like to see somebody as talented as The Weeknd get left out or feel left out. It’s not something any of us are happy about.”

Asked if the snub means that the Academy will consider changing its rules at its forthcoming board meetings in May, he said: “The process is definitely something that we’re going to continue to look at and continue to make sure that it’s evolving as music continues to evolve.

“I’ll hopefully have more things to talk about in the future.”

Mason, who is also chair of the Academy’s Board of Trustees, is expected to step down for a new, permanent president/CEO in May, although the selection process is still underway.

The Weeknd’s manager, Wassim Slaiby, told the Times in an email interview that it was still unclear why his client was not nominated.

“We were many weeks and dozens of calls in with the Grammy team around Abel’s performance right up to the day of nominations being announced,” said Slaiby, who is known as Sal. “We were scratching our heads in confusion and wanted answers.”

Representatives for The Weeknd, his label, Republic Records and the Recording Academy did not immediately respond to Variety’s requests for further comment.

Slaiby said he hopes The Weeknd’s stand inspires other artists to speak out against the secret committees.

“The Grammys should handle their legacy and clean it up to raise the bar to a level where everyone could be proud to hold up that award,” he said. “This is Harvey’s chance to step up and have his legacy be the guy who got the Grammys finally right.”

Even before Thursday’s announcement, other musicians critiqued the awards show for its decision-making. Musician Tyler, the Creator criticized the best rap album category  — which he won — in 2020, saying it was used to marginalize Black artists with “genre-bending” music.

“I don’t like that ‘urban’ word,” he said after accepting the award. “That’s just a politically correct way to say the n-word to me.”

Similarly, in November singer Halsey wrote in an Instagram story that the awards are “not always about the music or quality or culture.”

That same month, Justin Bieber wrote on social media he was upset his album Changes was nominated in the pop category instead of R&B. And taking to Twitter, Nicki Minaj highlighted that she was not nominated for best new artist early on in her career, while Bon Iver was.

“Never forget the Grammys didn’t give me my best new artist award when I had 7 songs simultaneously charting on billboard & bigger first week than any female rapper in the last decade- went on to inspire a generation,” she tweeted. “They gave it to the white man Bon Iver. “

'Award An Honorarium To Successful Candidate'

Sat Mar 13 , 2021
The Ministry has now confirmed that they will “award an honorarium to the prosperous applicant of the Relationship Room redesign, together with the expense for provides.” This follows following the Government issued the call for submissions for a mural earlier this week and a individual who contacted the officials in search of info […] 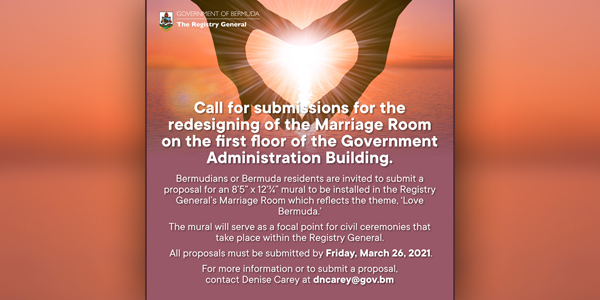