A Seattle-based online event ticketing company facing numerous complaints of non-payment — including from some grassroots Canadian artists — has ended a major lawsuit by agreeing to fully pay back event organizers and audiences.

Washington State Attorney General Bob Ferguson announced Monday afternoon that Brown Paper Tickets has agreed to refund all tickets bought for events cancelled by the coronavirus pandemic and pay all money it owes to organizers who staged events.

Ferguson’s office was suing the company and said Monday’s agreement will yield $9 million US in restitution for 45,000 customers worldwide including organizers and audiences of small, independent and community-based arts groups.

“Small theaters and arts organizations — like your local children’s theater, community centre, church or music school — have been hit hard by COVID,” Ferguson said in a statement.

“Today’s resolution ensures Brown Paper Tickets will uphold its promises to these essential community spaces by returning the millions of dollars it owes.”

According to the statement, Brown Paper will have seven months to pay restitution to customers and ticket buyers in the U.S. and internationally. It will be required to report to the attorney general’s office every 30 days on its progress.

Brown Paper, founded in 2000, has long been popular with smaller artists and arts organizations for its low fees.

Audience members purchase their ticket from Brown Paper online, then, after the event, Brown Paper passes collected money to organizers, minus a service charge.

However, since the pandemic, stories have emerged of the company either not refunding audiences for cancelled events or not paying collected money to artists who have completed their events.

Artists have described the non-payment as another blow in a pandemic-devastated year where live performances have largely been on hold.

Nicole Jennissen is with the community theatre group Tumbleweed Theatre based in Brooks, Alberta.

She said the $2,030 Brown Paper owes her group might not seem like a huge amount of money, but it’s the non-profit’s only income for 2020.

“That money is vital for us to function … the money that we create, we make off of our shows is what funds our next projects,” Jennissen said.

“In a year like 2020, we only had one opportunity… to actually perform any show.”

Jennissen said she’s happy to hear Monday’s news but is waiting to hear how long it will take for the money to land in her group’s account, especially with Washington state consumers first in the queue.

The company, in a statement of its own, said it has already been paying back audiences and organizers but due to the “extraordinary” challenges accompanying COVID-19, the pace of repayment has slowed greatly.

The company said it has already made millions of dollars in payments and refunded 25,000 customers in 33 countries.

“We know this has been a frustrating year for our industry and for our customers,” William Scott Jordan, president of Brown Paper Tickets, said in a statement.

“We’re looking forward to resolving this difficult situation and continuing our commitment to support independent artists and the live events community.”

At the beginning of the pandemic last year, Jordan said so many events were being postponed and cancelled that the company lost control of its cash flow and financial machinery.

CBC Vancouver’s Impact Team investigates and reports on stories that impact people in their local community and strives to hold individuals, institutions and organizations to account. If you have a story for us, email [email protected].

What happens when we become touch deprived | Culture 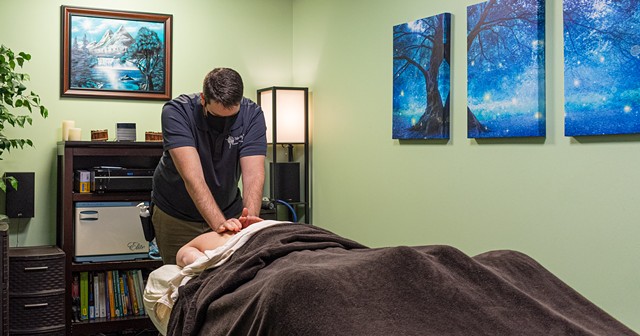