Ben Proudfoot’s short documentary is headed to the Oscars, and so is he — in the midst of pandemic-related upheaval in the industry and a major shift in how award shows connect with their guests and audiences.

The Halifax director is nominated alongside co-director Kris Bowers for A Concerto is a Conversation, their 13-minute feature about Bowers’s grandfather, Horace Bowers, and the discrimination he faced as he escaped the Jim Crow South.

And while the film saw early success after debuting through the New York Times’ Op-Docs series in November, Proudfoot says promoting the film was a challenge. Despite attending virtual events and festivals, the Oscars will be the first live event Proudfoot has attended in more than a year.

He said that makes him feel very grateful to finally have the opportunity to celebrate the project in person.

“This was a tough year for me,” Proudfoot said in an interview with CBC News. “My dad passed away in May, and with the pandemic … it’s been difficult for every human being on the face of the Earth.

“It’s been a very dark year, and this has just been a ray of sunshine into my life.”

Proudfoot will be among a limited number of in-person guests at this year’s Academy Awards, a host-less, three-hour-long show that requires a “rigorous protocol,” he said. That includes multiple COVID-19 tests in the weeks leading up to the ceremony, and one on the day itself.

But exactly what the Oscars will look like on Sunday night remains a mystery, even to Proudfoot.

Producers Jesse Collins, Stacey Sher and Steven Soderbergh have revealed only some details of what the show will entail. In an interview with the Hollywood Reporter, the three said all guests at L.A.’s Union Station will be provided with masks, though it’s still uncertain whether attendees will be required to wear them.

Award winners will be given a longer time to give speeches than in years past, and the red carpet is being exchanged for an informal gathering of the nominees and their guests.

The changes come at a challenging time for award shows in general. Even before COVID-19 forced them to change their format, ratings have been plummeting. Both the Grammys and the Golden Globes saw drops of more than 60 per cent between their 2020 and 2021 shows. Ratings for the Oscars dropped by nearly half from 2010 to 2020.

This year, that decline could be compounded by the pandemic. Due to theatre closures, big-name features such as the James Bond instalment No Time to Die, Dune and Marvel’s Black Widow pushed their releases from 2020 into 2021. That’s left the Oscars with more understated movies to honour, which could draw an even smaller audience.

Still, Proudfoot says he’s glad the show decided to go ahead instead of cancelling as some critics suggested it should.

The opportunity to celebrate successes is important, he said — both for the industry at large, and for individuals pursuing their goals in a difficult year.

“We’ve all been cooped up this year with not a lot of hope or things to be excited about to celebrate. And this is kind of the ultimate thing to celebrate.”

Sun Apr 25 , 2021
Masterworks is encouraging all artists – “local and resident, newcomers and professionals” – to take part in the 10th Biennial Charman Prize. A spokesperson said, “Since 2008, Masterworks Museum of Bermuda Art has hosted the Charman Prize, an artwork competitiveness established to assistance regional and resident arists. 2021 marks the […] 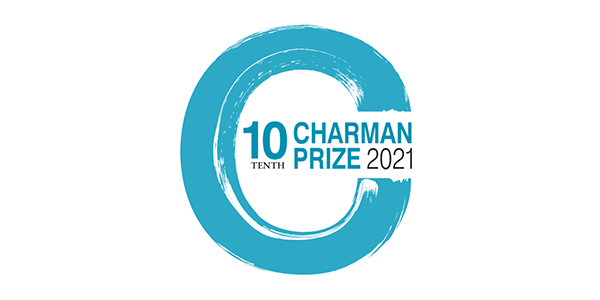