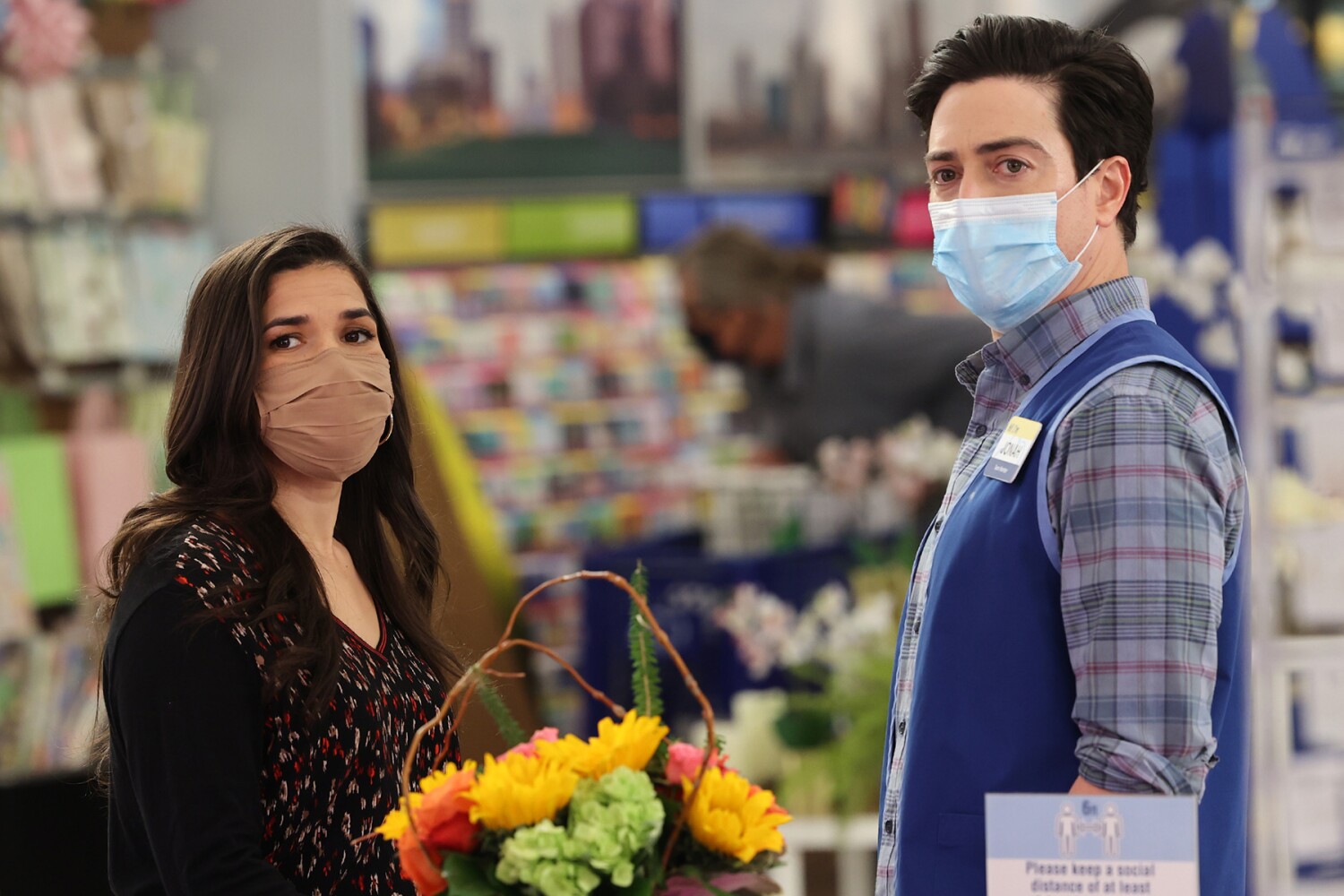 Superstore The workplace comedy turns off the lights in the Cloud 9 store for the last time with a two-episode series finale. In the first, store employees receive some bad news that compels them to try to make their location look and feel perfect. In the second, Jonah, Dina and Garrett (Ben Feldman, Lauren Ash, Colton Dunn) reflect on their time together over the years. Former series regular America Ferrera guest stars. 8 and 8:30 p.m. NBC

Hell’s Kitchen The six remaining chefs visit Criss Angel’s theater and are challenged with re-creating one of Ramsay’s fish dishes based solely on taste. 8 p.m. Fox

No Demo Reno Home renovation expert Jenn Todryk challenges the notion that major demolition always is a necessary part of a whole-home transformation in this new 10-episode series. 8 p.m. HGTV

Call Me Kat This American adaptation of a hit British comedy wraps up its first season on a somber note as Mr. Mousekers, one of the oldest cats in the cafe, dies. Kat (Mayim Bialik) decides to turn the first anniversary of her business into a feline funeral. Kyla Pratt, Leslie Jordan, Cheyenne Jackson and Swoosie Kurtz also star with guest star Christopher Rivas. 9 p.m. Fox

Dr. Phil A doctor is sentenced to life in prison due to gross malpractice in harming his patients. (N) 3 p.m. KCBS

Thu Mar 25 , 2021
Janet Jackson’s socially conscious album Rhythm Nation 1814, Louis Armstrong’s jazzy When the Saints Go Marching In and Nas’ debut release Illmatic are among 25 recordings being inducted to the National Recording Registry. The U.S. Library of Congress announced Wednesday that Labelle’s song Lady Marmalade and Kool & the Gang’s Celebration are some of the […]