When Nic Dyson got a Facebook message from an alias account claiming to be his long-lost third cousin — and CNN anchor Jake Tapper — he assumed it was fake news.

“I thought, why does he know so much about my family?” Dyson said.

“He started throwing out names and stuff and I was like, maybe this is some creepy, stalkery stuff.”

But when the high-profile American journalist told his 3.3 million Twitter followers about the “amazingly talented” third cousin he just discovered on Ancestry.com, things got real — fast.

“My social media has not calmed down since,” Dyson said.

The tweet was coupled with a link to Dyson’s Spotify page, and Tapper sent out a number of tweets since then praising his rhythmic relative’s music.

“I’ve been listening to it non-stop,” Tapper told CBC News.

“His music is so haunting and sad and beautiful, and I’m so excited to share it with people … I guess all the talent in the family went down the Dyson branch right to Nic.”

The cousins have already begun to bond over their shared love of music — and a fascination with their great-great grandfather, who briefly held the top spot in Winnipeg’s City Hall.

Tapper’s been enamoured by his family’s history since 2013, when CNN partnered with Ancestry.com to dig into its anchors’ pasts. His mom’s Canadian — a descendant of British loyalists who fled from the United States.

He was also the mayor of Winnipeg for four days in 1917, making him the city’s shortest serving mayor. He was unseated when a recount favoured his opponent, and successor, Frederick Harvey Davidson.

Tapper has found himself digging into his past quite a bit lately.

Dyson’s father, David Dyson, died just over a year ago. It was a late night spent sifting through memorial documents that led Tapper to reach out to his newly found cousin.

“There’s something to the fact that during this time of pandemic, when we’re all so isolated from each other, we’re all looking for connection,” Tapper said.

“And that’s probably part of what was motivating me.”

Dyson didn’t really know much about Tapper before he reached out. He finds watching the news too depressing.

“But I looked him up and immediately I saw pieces of my dad,” Dyson said.

“It was very surreal … I don’t usually see myself in my parents or my family, but I saw it, and it was almost eerie, but it made it really real in that moment.”

And when Tapper shared Dyson’s music with his millions of followers it meant a lot.

“As a disabled musician, I don’t really get out of the city much,” said Dyson, 27, who lives with cerebral palsy. He got his driver’s licence two years ago with the help of hand controls.

“It’s really hard for me to grow my audience, especially without any backing.”

So when that backing came, it was unexpected, but much appreciated.

“This is just immediately global, pretty much with the click of a button, and that’s just amazing to me,” Dyson said.

“I’m just riding the wave at this point.”

The cousins plan to keep in touch, and want to visit in person when the pandemic’s over.

And Tapper hopes this isn’t just 15 minutes of fame for his newly discovered Canadian kin.

“I want to bring his music to the world.”

Sun Mar 21 , 2021
Digital Art Pictures menggunakan Fb. Resolution in pixels is just not the one measure of picture quality. A bigger sensor with the identical variety of pixels generally produces a better picture than a smaller one. Some of the essential differences is an improvement in picture noise This is one of […] 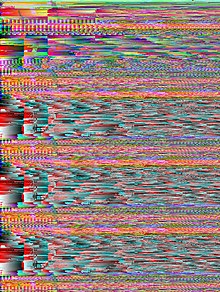