B.C.’s new case count surpassed the 1,000 mark once again. What’s more, the number of people in hospitals is now close to 400 patients.

In other news, Surrey RCMP reported that the number of health violations is increasing in the city—officers attended five large gatherings at residences and issued 18 violation tickets (a total of almost $17,000 in fines) over the past week.

When it comes to LGBT people in B.C., there hasn’t been much, or perhaps any, discussion about LGBT+ people and issues during B.C. COVID-19 briefings.

While there have were a few national LGBT+ surveys conducted last year, the Tegan and Sara Foundation recently launched a survey to find out more about LGBT+ people and vaccinations in Canada. For more information, see this article.

As previously announced, the second survey of British Columbians during the pandemic is being conducted and is open to all those 18 years and older.

In addition, the Aboriginal Peoples Television Network (APTN) and the First Nations Health Managers Association (FNHMA) announced today that its FNHMA’s weekly COVID-19 virtual town halls, which broadcast live at 10 a.m. PT every Wednesday, will now be rebroadcast on APTN at 2 p.m. PT on Saturdays.

In its B.C. COVID-19 situation report for March 28 to April 3 (week 13 of 2021), the B.C. Centre for Disease Control (BCCDC) states that the incidence of COVID-19 is increasing rapidly, with accompanying increases in hospitalizations and admissions to intensive care units (ICU).

From Week 10 to Week 13, hospital admissions grew from 149 people to 232 per week, and ICU admissions rose from 30 patients to 66 per week. The number of deaths remained at the same level (average of 23 per week).

The BCCDC stated that the incidence of COVID-19 among those from 15 to 69 years old is at its highest level during the pandemic. The greatest increases were among those 15 to 49 years old, followed by those 10 to 14 years old, and 50 to 59 year olds.

Within the specified time period, there were 6,329 cases in B.C., which is the highest number since the pandemic began in 2020.

Incidence increased in all health regions, except for Northern Health.

The full report is available here.

B.C. provincial health officer Dr. Bonnie Henry and Health Minister Adrian Dix announced, in a joint statement, that there are 1,168 new cases. (The record high is 1,293 new cases on April 8.)

The total includes, by region:

Currently, there are 9,821 active cases, which is 65 more cases than yesterday.

Hospitalized cases continue to increase. With 20 more cases than yesterday, there are now 397 individuals are in hospital, and 120 of those patients are in intensive care units (four more than yesterday).

Public health is monitoring 16,304 people, which is an increase of only 14 people since yesterday.

Tragically, there have been six new COVID-19-related deaths. That brings the cumulative total number of fatalities during the pandemic in B.C to 1,521 people who have died.

A cumulative total of 103,360 people have now recovered, which includes 1,092 recoveries since yesterday’s report.

During the pandemic, B.C. has recorded a cumulative total of 114,870 cases.

So far, 1,190,832 doses of Pfizer-BioNTech, Moderna, and AstraZeneca-SII vaccines have been administered in B.C., and 87,820 of those are second doses.

Variant case information wasn’t provided today. As Henry had previously announced, because the B117 (U.K.) variant has become dominant, B.C. is shifting its strategy from confirming variants to monitoring new developments (such if there are new variants, which variants are replacing other, and so on).

The good news is that there haven’t been any new healthcare or community outbreaks declared, and none of the five regional health authorities added any new public exposure events to their lists.

The B.C. Centre for Disease Control (BCCDC) added the following flights to its lists of public exposures:

One is Thrifty Foods at 9810 Seventh St in Sidney, where an employee who tested positive last worked on April 3.

The other location is Safeway at 8860 152nd Street in Surrey, where an employee who tested positive last worked on April 5.

Loblaw added six locations to its list of stores with staff members who have tested positive.

A fifth store was Shoppers Drug Mart at 10351 100th Street in Fort St. John, where an employee who tested positive last worked on April 9.

The sixth store was Pealow’s Your Independent Grocer at 1501 Cook Street in Creston, where a staff member who tested positive last worked on April 10.

Fri Apr 16 , 2021
Boaters and these on the waters around Vancouver are requested to consider safety measures as an injured whale has been spotted swimming close by. Ocean Smart stated in a news launch today (April 14) that a humpback whale was observed with a deep slice in its tailstock. The damage is […] 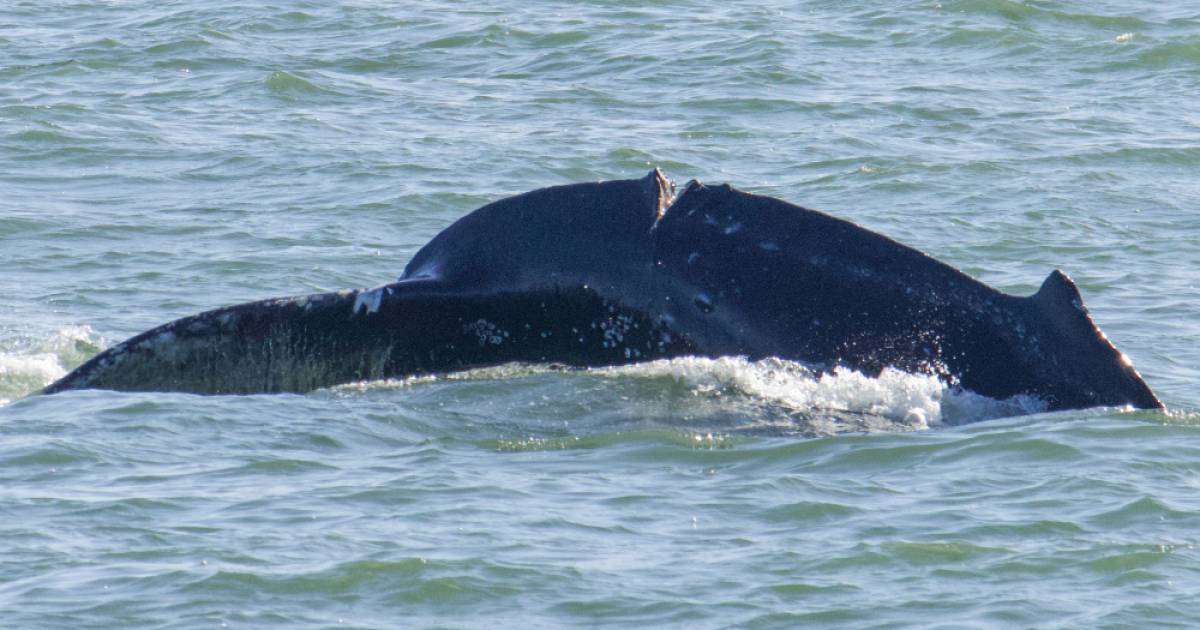