When it comes to geographic areas with most cases, Fraser South and Vancouver remain highest. Henry pointed out that there has been a shift from the northwest to the northeast regions of the province for more cases, which she said reflects the vaccine rollout.

By health region, the locations with the most cases or average daily rates of new cases are:

The likely source of transmission for the vast majority of cases remains in domestic settings.

The age groups with the highest number of cases remains 19 to 39 year olds, followed by 40 to 59 year olds.

Much concern has been raised about health measures in schools, including some calling for schools to be closed particularly with the spread of variants.

However, Henry has repeated what she has said in the past, along with data.

Henry has previously explained that transmission among children increases when they are out of schools, not in structured settings where health measures are in place. (As noted earlier in the modelling update, the most likely sites of transmissions for the majority of all cases remains in domestic settings.)

A Vancouver Coastal Health (VCH) study conducted from September 10 to December 18, 2020, found that out of 124,000 staff and students in the health region, there were 699 COVID-19 cases (less than one percent of all staff and students). Out of 8,746 total cases in the VCH region during the time period, the school cases represent eight percent of those cases.

Of the school cases, 55 of them likely acquired from transmission at schools (eight percent of all staff and student cases).

In a Fraser Health study conducted from January 1 to March 7 of this year, out of a total of 315,00 staff and students in the region, there were 2,049 cases (less than one percent of all students and staff). These school cases represent 13 percent of the 6,053 cases in Fraser Health during this time period

Of the school cases, 267 were likely acquired in schools, which is 13 percent of staff and student cases.

Henry pointed out that increases in cases among students and staff have coincided with holiday breaks, such as spring break.

The findings from the studies reiterate what Henry has previously said: that most cases are acquired outside schools, transmission that does occur within schools remains limited to one to two other people, and that schools don’t appear to be main drivers of community transmission (instead, she said that cases in schools reflect what is happening in the community).

From February to March, the highest number of cases acquired at workplace clusters in VCH have been at food and drink establishments (approaching 160 cases), followed by fitness studios and gyms (40 cases).

The full modelling update reports are downloadable in the lefthand column.

Henry announced there are 1,205 new cases in B.C. today. By region, that includes:

In addition, hospitalized cases passed the 400 case mark. With five more cases than yesterday, 402 people are currently in hospitals, and 125 of those patients are in intensive care units (five more than yesterday).

Public health is now monitoring 16,217 people, which is a decrease of 87 people since yesterday.

Sadly, there have been three new deaths, which brings the total fatalities to 1,524 people who have died from COVID-19-related causes.

A cumulative total of 104,331 people have now recovered, which includes 971 recoveries since yesterday.

During the pandemic, B.C. has recorded a cumulative total of 116.075 cases

Following the previously announced change to the province’s strategy in detecting variants, Henry said that estimated variant case information will be available in the weekly surveillance reports from the B.C. Centre for Disease Control (BCCDC) that are released every Wednesday and available at the BCCDC website.

Island Health declared an outbreak at Nanaimo General Hospital on April 14, where three patients in a high-intensity rehab unit have tested positive. The first patient tested positive on April 12, followed by two other patients. The outbreak remains limited to the unit and the rest of the hospital remains operational.

Today, Fraser Health declared the outbreak at Chartwell Langley Gardens in Langley to be over.

Vancouver Coastal Health provided an update on cases at Whistler. VCH stated that there were 179 new cases from April 6 to 11.  From January 1 to April 11, there have been 1,685 cases, and 1,457 individuals have recovered, which leaves 228 active cases.

VCH stated that the reported cases continue to be among young adults who live and work together, with transmission primarily occurring within households and social gatherings.

T&T Supermarket reported that a part-time employee at the Vancouver Chinatown store at 179 Keefer Place who tested positive last worked at the location on April 7.

McDonald’s stated that an employee who tested positive last worked on April 11 at the 20020 Willowbrook Drive location in Langley.

The BCCDC added the following 11 flights to its lists of public exposures:

Affected row information is posted at the BCCDC website when provided.

Fri Apr 16 , 2021
(This tale is sponsored by the , lawyer internet marketing agency.) As enterprises master to navigate the “new normal”, regulation practices have also experienced to pivot in the way that they join with consumers. As an alternative of relying on in-particular person marketing and romance setting up, firms have had […] 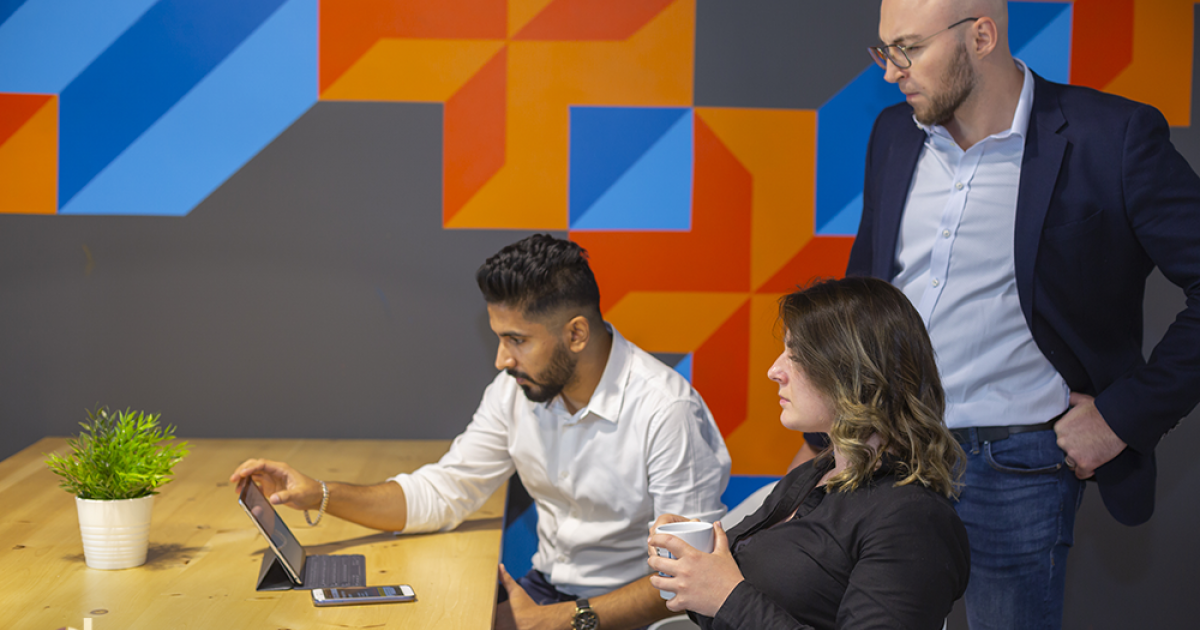