The Hamilton Music and Film Office has been nominated for an international award for helping the crew of the popular Netflix show The Umbrella Academy.

The Outstanding Film Commission award from Los Angeles-based Location Managers Guild International (LMGI) is given to the film office that did the best job helping a production’s location managers.

“Film commissions and offices are the municipal entities that help us with permitting permission and approval and how to manifest the vision of our creatives to actually happen on city streets … without [them] we’d be running amok on the streets,” said John Rakich, LMGI president and chair of this year’s ceremony.

Hamilton is the only Canadian city that made the cut, beating out roughly 60 other jurisdictions.

The city’s competition for the award, which will be handed out in October, includes:

The Umbrella Academy stars Canadian actor Elliot Page. For its second season, scenes were shot on Ottawa Street North, City Hall and the Emerald Street Pedestrian Bridge, among other locations. It was also back in the city to film another season this year.

The city said the show filmed for more than 57 days in Hamilton in 2019 and brought in some $15 million to the city.

A major street was shut down off and on for six months, Rakich told CBC Hamilton. “That section of Ottawa Street, onscreen, was 1963-64 Dallas … they did an amazing job of allowing the show what it needed to do creatively while still letting the taxpayers and businesses function with that disruption.”

Local shop and store owners say the show had a positive impact on business.

“It was a really good time for us and the street,” said Catalina Prado, manager of Colombian eatery Calipan on Ottawa Street.

She said the Umbrella Academy crew rented the space, ate at the restaurant and ensured any disruptions were minimal.

“After that, [business] picked up, but then COVID came and it was a disaster, but now it’s picking up again,” she said. “People knew Umbrella Academy, they came to the street, they recognized the business.”

Dan Hawkins, owner of Shorty’s Pizza on Cannon Street East, said some of the show’s stars visited the shop to eat. The show also filmed there for a couple of days.

“It was smooth … it brought a lot of people down into that area of town,” he said. “It seemed to be good for everyone.”

Mark Draak, co-owner of Cabinet of Curiosities, which moved from Dundas to Ottawa Street North earlier this year, said the store was one of the production’s main prop suppliers.

“We supplied all their creepy props … skulls, Victorian taxidermy, tribal material,” he said. “We’ve had some really good shoutouts based on it … it was a really great show for us.”

Nikola Bulajic, owner of VintageSoulGeek in the International Village, said he’s had Umbrella Academy fans from unexpected places visit his store because of their work in the first and second seasons of the show.

“They loved the program so much they … flew in from Germany,” he said.

Kimberley Adrovez manages Hamilton’s film office and said this year that the city is on track to break local records in filming and money brought in this year.

The city says 108 productions have registered to film in the area in 2021, with 543 permits issued. Productions have brought in some $62 million so far.

Adrovez said filming in the city has been growing significantly since 2017.

Last year was set to be a record-breaking year, but the pandemic paused filming for four months. Still, she said, the industry did a good job avoiding much disruption.

“We didn’t actually lose any business. It all just got deferred,” she said.

Adrovez said some recent productions that have been shot locally have included The Handmaid’s Tale, Locke & Key and Nightmare Alley, the latest film from director Guillermo del Toro.

She said the LMGI nomination shows that the city and local businesses support film crews coming to Hamilton.

A committee will decide the winner, which will be announced Oct. 23.

The most anticipated theater of the fall season | Theater 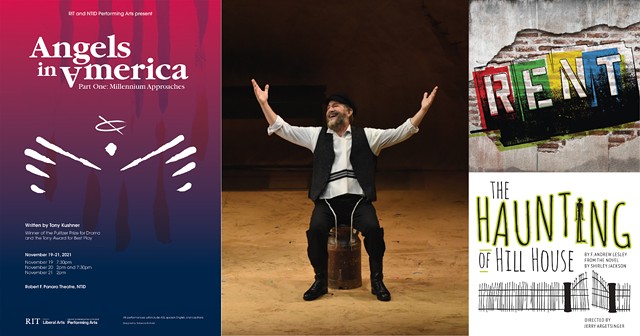