The rise of the delta variant of the coronavirus makes all plans for in-person gatherings feel precarious, so looking ahead to local theater productions we’re excited about this fall is a bit of a leap of faith.

But the intoxicating return of live performances this summer, largely at outdoor venues, has theater lovers banking on getting indoors when the weather turns, and a handful of companies are setting the stage for audiences.

The list of shows we think will be great includes timely revivals, intriguing new works, holdovers from the theater season that never was, and a mix of angels and ghosts and Mormons and McCarthyists, just to keep things interesting.

These upcoming shows, like everything in life nowadays, are tentative. Be sure to check theaters’ websites for updates and safety protocols.

If the delta variant does end up ruining fall plans, or if you feel ill, here’s an opportunity for new theater that can be experienced remotely: The Ithaca-based Civic Ensemble and the College Initiative Upstate are collaborating to present a new play for the radio, developed from oral histories conducted in fall 2020 with people who have spent time behind bars. The piece centers the voices of those most affected by mass incarceration — a population that has been particularly vulnerable to COVID-19 — and aims to disrupt harmful stereotypes. 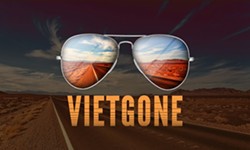 Geva moves from its summer outdoor space to its first show on the Wilson Stage in 18 months with “Vietgone.” The play, by Qui Nguyen, was originally planned to be performed in May 2020, but . . . well, you know.

Known for his eclectic style, Nguyen co-founded a self-declared “geek theatre” company called Vampire Cowboys that draws inspiration from comic books and adventure stories. “Vietgone” is among his most critically-acclaimed shows and tells the true story of his parents’ journey in the United States after leaving Vietnam in 1975. The romantic comedy includes rapping, direct addresses to the audiences, and a perhaps soon-to-be-rare opportunity to see local work directed by Pirronne Yousefzadeh, who is leaving her position at Geva to become the producing artistic director of the Fine Arts Center Theatre in Denver.

Performances run Sept. 28 through Oct. 24 on the Wilson Stage at Geva Theatre Center, 75 Woodbury Boulevard. $25-$59.Tickets are available at gevatheatre.org/vietgone or by calling 232-4382.

As part of the JCC’s season theme “Homecoming,” Brighton native Bruce Sabath has created an evening of showtunes, Yiddish music, and storytelling around his journey from a corporate strategy consultant to spending several decades as a theater actor with Broadway and off-Broadway credits. Prior to the pandemic, he played Lazar Wolf and understudied for Tevye in an 18-month run of “Fiddler on the Roof in Yiddish.” The show is directed by Tanya Moberly.

Performances of “Searching for Tevye” run Oct. 7 through 10 at the JCC Hart Theater, 1200 Edgewood Avenue). Tickets are available at jccrochester.org/arts-culture/centerstage or by calling 585-461-2000.

“Much Ado About Nothing” (Rochester Community Players; Oct. 8-Oct. 16)

Director Carl Del Buono’s production of the beloved Shakespearean farce featuring the bickering Beatrice and Benedick is reset in 1913, when a group of British soldiers comes to California to marry wealthy American heiresses. The show involves some gender-swapped casting, with the villain Don Juan played by a woman and presented as Dame Jane.

“Much Ado About Nothing” is being staged at the Multi-use Community Cultural Center (MuCCC), which requires proof of vaccination for visitors 12 and older, and strongly encourages patrons to wear masks. 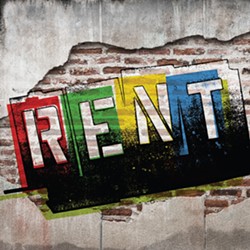 Despite the overuse of the phrase “unprecedented times” in 2020, COVID-19 is not the first time Americans have endured an epidemic that was widely mischaracterized and mishandled.
The Centers for Disease Control have marked June 2021 as the 40-year marker of the first official reporting of the disease that would be known as Acquired Immune Deficiency Syndrome and is now HIV Stage III.

The Hummingbird Theatre Company specializes in lesser-known and lesser-produced plays, such as this 2012 two-hander by Canadian playwright John Murrell. Directed by the company’s founder Donald Bartalo, the play follows an aging professor and her academically failing student as they unexpectedly bond through reading and analyzing Shakespeare’s “Othello.” 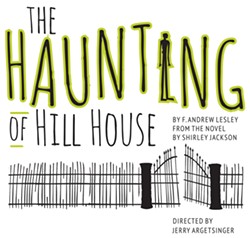 Horror writer Shirley Jackson has had a presence in pop culture lately. “Shirley,” a bio-drama film about her starring Elizabeth Moss, was released last year, and her novel “The Haunting of Hill House” was adapted for Netflix in 2018. Director Jerry Argetsinger and the Penfield Players present a stage version of the novel, adapted by F. Andrew Leslie. The gothic tale follows a group of potentially psychic people who have been invited to an old house to be researched. 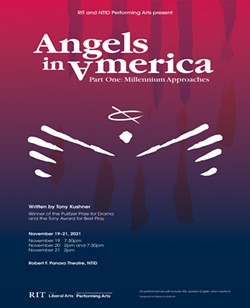 If showtunes aren’t your thing, but you’re still open to high-concept fantastical theater, there’s another groundbreaking play about AIDS being staged this fall. Rochester Institute of Technology and National Technical Institute for the Deaf present Tony Kushner’s Pulitzer-winning play, directed by Andy Head, as its first in-person production since the pandemic began. Subtitled “A Gay Fantasia on National Themes,” the play features angels and ghosts while telling the stories of a closeted Mormon lawyer’s relationship to his wife and his colleague Roy Cohn, and a gay couple living in 1980s Manhattan.

The performance is in both ASL and English, performed by deaf and hearing students, and will also be captioned.

Thu Sep 2 , 2021
On Monday night, the widow of dub pioneer Scratch Perry spoke publicly for the initially time due to the fact his sudden death and dropped a bombshell, implicating anonymous folks in her husband’s demise. In a social media write-up that has left far more issues than responses, Mireille Perry vowed […] 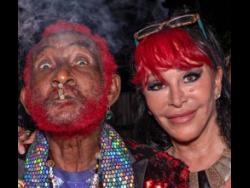