Her words now seem prophetic. Both the zombie thriller Blood Quantum and the drama The Body Remembers When the World Broke Open stunned audiences in 2019. Later, Tracey Deer’s Beans won best picture at the Canadian Screen Awards, and the Nunavut-shot extraterrestrial film Slash Back is slated to hit theatres soon.

On the small screen, the series Reservation Dogs holds a 98 per cent “fresh” rating on Rotten Tomatoes, and, on Friday, Raiders had what production company Elevation Pictures says is the widest theatrical opening ever for a film by an Indigenous Canadian.

WATCH | Night Raiders: Past and future, both imperfect:

“It’s completely surreal,” Goulet told CBC News in September, on the red carpet at the movie’s opening at the Toronto International Film Festival. “We spent many years developing this drama. And so to finally be here at TIFF just feels amazing.”

And though it’s a dystopian sci-fi set in 2043, Night Raiders takes on a subject from Canada’s past. It follows a Cree mother, Niska, searching for her daughter — fighting back against a government which kidnaps children and attempts to re-educate them about their culture at oppressive facilities.

“The people you come from aren’t bad, but they are incapable,” one of the schools’ headmasters tells Letexier-Hart’s character at one point. “They come to us for handouts. They can’t take care of their families.”

The parallel with the Canada’s residential school program is no accident — but neither is the film’s separation from reality. Goulet, who started writing it in 2013 after being inspired by the Idle No More campaign, says she opted for the futuristic setting because it “offers a layer of protection,” while still allowing a creator to “hit your message as hard as you can.”

Though it’s a story that didn’t literally happen, Night Raiders recreates the lived, emotional experience of the culture and people who survived the residential school era.

WATCH | Costar Gail Maurice on the importance of language:

Night Raiders’ Gail Maurice on the importance of language

Gail Maurice explains what it meant to speak her own language in the film Night Raiders, and how it connects her to the memory of her ancestors. 0:49

Tailfeathers, who plays Niska, says the movie’s depiction of Indigenous resilience and hope shows, “that our cultures are still very much alive, our languages are alive.

“That speaks to the fact that Night Raiders, on some spiritual and cultural level, existed within our communities,” she said.

To Maurice — who plays the leader of the titular warriors — language, and its use in Night Raiders, was similarly important.

“I got to speak my language,” Cree, Maurice told CBC News. “When you have your language and you speak it, it’s not just a language, it’s actually — it’s a living thing.

But getting Night Raiders made proved a challenge. Goulet says that, while pitching it for funding, she came up against discouraging indifference.

She says while one major broadcaster expressed interest in the characters and general plotting, they felt the Indigenous issues at its heart weren’t of interest to wider audiences.

“They felt that the residential school allegory didn’t work because, as a country, we’ve moved on from that,” Goulet said. “As an Indigenous filmmaker, you can imagine how that feels.”

Even back in that wet forest in 2019, Goulet knew that wasn’t true. Between filming scenes, she explained that the memory and the “incredible amount of pain” inflicted on families fractured by the state, were in existence for seven generations.

“So the impact of that is absolutely immense, and yet we have survived,” Goulet said. “And so this story is really about resilience. It’s about love, it’s about community and it’s about coming home.”

Support is available for anyone affected by their experience at residential schools, and those who are triggered by the latest reports.

A national Indian Residential School Crisis Line has been set up to provide support for former students and those affected. People can access emotional and crisis referral services by calling the 24-hour national crisis line: 1-866-925-4419.

What You Need To Begin Your Art Business

Mon Oct 11 , 2021
Perhaps your motion plan might be to ship your portfolio to five arts organizations per 30 days. Or possibly you’ll set a goal to attend one convention or networking event per month. Take a look at what’s arising in your space and find alternatives for getting your work out there. […] 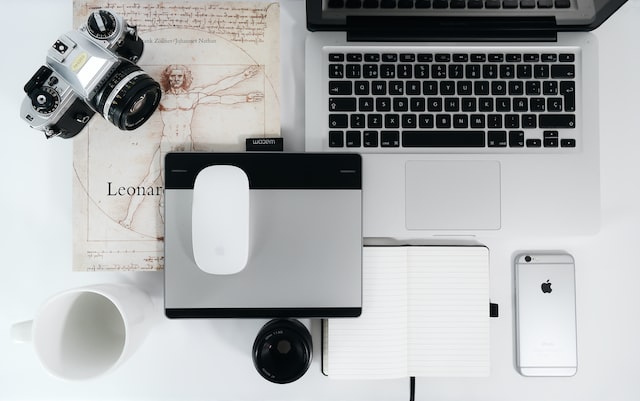